Riding on Nicholas Pooran’s 50-ball 67, West Indies overcame a spirited effort from Afghanistan and were victorious by 47 runs in the second ODI in Lucknow, thereby winning their first 50-overs’ series since August, 2014. What stood out about Pooran’s innings was the rate at which he was able to score his runs – his […]
By Cric Algorithmics Mon, 11 Nov 2019 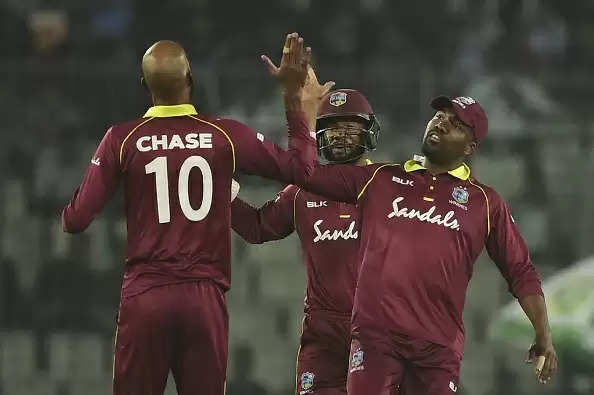 Riding on Nicholas Pooran’s 50-ball 67, West Indies overcame a spirited effort from Afghanistan and were victorious by 47 runs in the second ODI in Lucknow, thereby winning their first 50-overs’ series since August, 2014.

What stood out about Pooran’s innings was the rate at which he was able to score his runs – his strike rate of 134 was more than double than the average strike rate of the other West Indian batsmen in the innings (65.2).

He paced his innings brilliantly scoring 22 off his first 25 deliveries (strike rate of 88) but then putting his foot on the accelerator and smashing 45 of his next 25 (strike rate of 180).

Pooran has had a great start to his ODI career having scored 514 runs in just 13 innings at an average of 46.72 and strike rate if 102.59 including one hundred and three fifties.

The impetus provided by Pooran at the death gave West Indies the necessary fillip and increased their ‘Chance of Win’, as predicted by CricAlgorithmics, from 68% at the beginning of the match to 90% at the half-way stage.

Earlier in the innings, Shai Hope gave the West Indies a foundation with a patient 77-ball 43. CricAlgorithmics had forecasted that he would score a patient 38.

Hope has been a big run-getter for West Indies in ODI cricket. His average of 48.65 is the highest in their cricket history (min. 2000 runs).

But there has been some concern about his scoring rate – his career strike rate of 74.02 is well below the norm during his career. He was sluggish in this match too and played out as many as 53 dot deliveries. Interestingly, CricAlgorithmics has calculated that the 75th percentile for number of dot deliveries in an innings is 24 – this basically means that only 25% of batsmen have played more than 24 dot balls in an innings.

Roston Chase, the hero with the bat in the first match, bowled his 10 overs in a single spell for the second match in a row and returned with exceptional figures of 3-30 in 10 overs. He picked up three crucial top-middle order wickets and reduced Afghanistan to 109 for 5 in the 27th over leaving the lower order to do too much in the chase.

At this stage, Afghanistan’s Chance of Win had reduced to as low as 5%!

Chase’s spell was quite remarkable as he started to operate in the first powerplay and was yet able to maintain a tight leash on the Afghanistan batsmen bowling as many as 39 dot deliveries (ie 65% of his deliveries were not scored off). Although he has bowled in just 14 matches, his economy rate of 4.67 is very impressive.

It is interesting to compare the teams at various stages in the match. They were exactly neck to neck after the first powerplay scoring 45 runs each though Afghanistan had lost a wicket. The home side scored 136 runs in the second powerplay but lost 6 wickets. West Indies scored 20 runs less – 116 – but lost 5 wickets.

It is the final 10 overs which were the actual difference between the two sides. While West Indies scored 86 for 4, Afghanistan could just last for 5.4 overs in powerplay 3 and scored a paltry 19 runs losing 3 wickets.

West Indies won their first ODI series in a little over 5 years and after 16 losses.