Most of the cricket fans remember Mitchell Johnson terrorizing England batting line-up throughout the Ashes series of 2013-14 Down Under where he took 37 wickets at an astonishing average of 13.97 and won the player of the series. As Johnson later hung up his boots, a similar quick left-arm pacer by the name of Mitchell […]
By Anuj Nitin Prabhu Mon, 2 Dec 2019 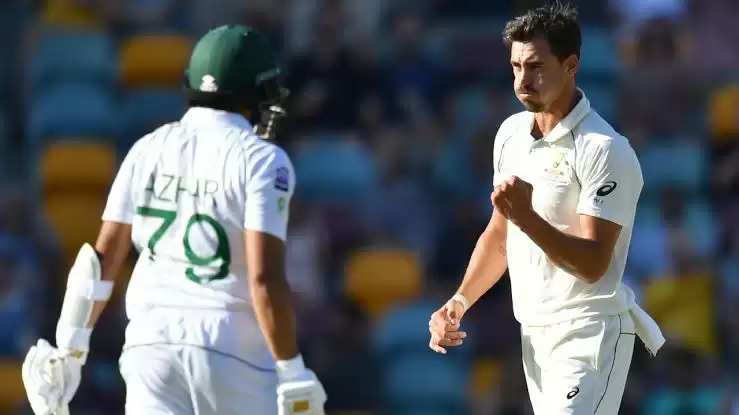 Most of the cricket fans remember Mitchell Johnson terrorizing England batting line-up throughout the Ashes series of 2013-14 Down Under where he took 37 wickets at an astonishing average of 13.97 and won the player of the series. As Johnson later hung up his boots, a similar quick left-arm pacer by the name of Mitchell Starc was tipped to be the next spearhead of the Australian bowling attack.

Once termed to be too soft in attitude by Shane Warne, Starc came of age in the 2015 Cricket World Cup and ended up as the highest wicket-taker in the tournament bagging 22 wickets and helping his team win the World Cup in their own den. He had begun to be the terrorizing bowler that Johnson was and was capable of turning the game on its head.

Starc’s red-ball game reached a whole new level after his performance in that World Cup and he began to be known as a great exponent of the reverse swing. At times, Starc was almost unplayable and had been a menace to the top-order batsman with his conventional swing as well as to the tail-enders with his reverse swing.

But like every great cricketer, even Starc has seen many ups and downs in his career so far and a majority of those bad days were due to injuries that often ruined his form and playing time. The ankle has always troubled Starc and multiple injuries have ruled him out of many Test and ODI series. But he came back in style in the Ashes 2017-18 picking up 22 wickets in four Tests including the delivery of the century that got James Vince out in one of the Tests.

When India arrived in the Australian shores, Starc had a huge responsibility on his shoulders to spearhead the Aussie bowling attack as the batting had weakened due to the bans on Steve Smith and David Warner. But he failed to live up to his expectations as he took just 13 wickets at an average of 34.53 which is very high by his standards. Starc is more of a rhythm bowler and except an odd spell here and there, he failed to find his rhythm throughout the series which played a huge role in India winning their first-ever Test series Down Under.

The focus shifted to the Cricket World Cup 2019 in England and Australia were back to their full strength with Smith and arner back in the squad. Starc was assisted by Pat Cummins and Jason Behrendorff as Australia reached the semi-finals but bowed out to eventual champions England. Starc was instrumental in Australia reaching the semis as he finished again as the highest wicket-taker in the tournament with 27 wickets to his name. Ashes returned to English shores in August of 2019 and

Australia faced a herculean task of beating England in their own den to retain the Urn. With a bowling attack that boasted names like James Pattinson, Pat Cummins, Josh Hazlewood, etc. Starc was a part of Australia’s rotation policy of quicks to keep each of them fresh and manage their workload. Starc played only the single game in Manchester where Australia regained the Ashes and lead the series 2-1.

Starc had picked up heaps of wickets in the tour game at Derby before the test at Manchester but failed to impress again as he could not find his rhythm. He was sometimes way too short or wide to the right-handers giving them less difficulty in playing him and picked up just 4 wickets in the game at a high average of 31.50.

The main problem with playing Starc always has been that he is a two-way sword. He can win you matches single-handedly on his day but if he does not find his rhythm he can prove to be expensive or he can get injured and be out of action for a long period of time. But we might be seeing the best of Starc again in the ongoing Test series against Pakistan.

Starc has been running riots and tearing apart the Pakistan batting line-up, having already grabbed 14 wickets at an average of just 14.35 with the second innings of Pakistan at Adelaide yet to end. Starc ran through the Pakistan batting at Adelaide, grabbing figures of 6/66 in the first innings, which included clusters of wickets in his spell that got the likes of Babar Azam and Shaheen Afridi out on consecutive balls. He has been absolutely bang on the money and produced some unplayable deliveries and seems to have rediscovered his mojo.

Starc is just 29 and has a long future ahead of him if he remains fit and if his workload is managed properly. His teammate Pat Cummins and Coach Justin Langer praised him for the training routine that he had during all the time that he was sitting out in the Ashes and perhaps the performance against Pakistan is helping him reap rewards. With 222 wickets in just 53 Tests, Starc is well on his way to becoming one of Australia’s great bowlers if he manages to keep track of his consistency and puts his best foot forward for the Australian cricket team.