AUS vs NZ, 1st Test Live Score: Labuschagne stars as Australia all out for 416 against New Zealand

A stunning catch by Steve Smith snared the prized wicket of Kane Williamson as Mitchell Starc tore through the New Zealand top order on the second day of the first Test in Perth on Friday. Smith dived horizontally to his right at second slip to take the catch to remove Williamson for 34 from the […]
By PTI Fri, 13 Dec 2019 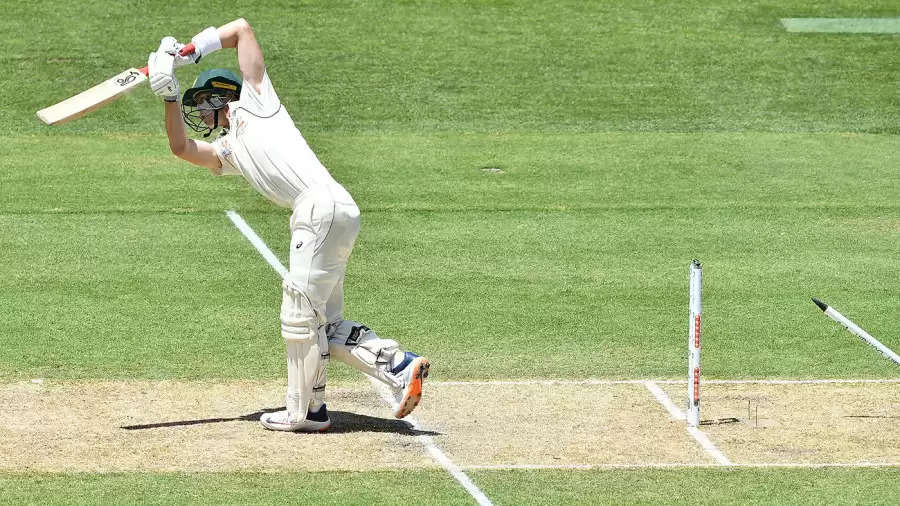 A stunning catch by Steve Smith snared the prized wicket of Kane Williamson as Mitchell Starc tore through the New Zealand top order on the second day of the first Test in Perth on Friday.

Smith dived horizontally to his right at second slip to take the catch to remove Williamson for 34 from the bowling of Starc, just when it appeared New Zealand were fighting back well after losing their two openers with only one run on the board.

After Australia posted 416 in extreme heat on the back of a third successive Test century for Marnus Labuschagne the Kiwis were struggling at 109 for five in reply at stumps, still 307 runs in arrears.

Ross Taylor, who put on 76 for the third wicket with Williamson and made 290 in his previous Test in Perth, was on 66 and BJ Watling was yet to score.

Smith’s freak catch was a key moment, as the Kiwis slumped to 97 for five by losing three wickets for just 20 runs.

Starc (4-31) did the damage with four wickets, including those of Henry Nicholls (7) and night watchman Neil Wagner (0) in successive balls.

Hazlewood bowled opener Jeet Raval for a duck in his first over, but managed just two balls in his second before pulling up short during his run up.

He left the field immediately with a devastated demeanour, becoming the second fast bowler to succumb to injury in two days of scorching Perth heat.

Kiwi debutant Lockie Ferguson was forced out the game on the first day by a calf injury.

The wicket of Raval followed the dismissal of Tom Latham in the very first over, easily caught and bowled by Starc in his follow through.

Having claimed the two openers in quick time in favourable bowling conditions Australia looked in total control, but Williamson and Taylor rode their luck early and then settled in as the home side was forced to turn to former wicketkeeper Matthew Wade to send down a couple of overs of erratic medium pace.

Replays suggested Wade actually had Williamson caught behind on 13, but the Australians didn’t review even though Smith seemed confident it was out.

Earlier, Labuschagne’s 143 was the foundation of an Australian innings that lasted just a few balls shy of five full sessions as the mercury again climbed towards 40 degrees Celsius (104 Fahrenheit) and a bushfire broke out adjacent to the ground.

Labuschagne looked set for his third successive innings over 150 until he was bowled by the determined Neil Wagner (4-92).

The 25-year-old hadn’t given a chance in reaching 143, but walked a little far across his stumps and the ball crashed into his leg stump to reward Wagner for a spirited spell.