Disappointing that we did not get to play against India: Bismah Maroof

In a video conference arranged by the PCB, Pakistan captain Bismah Maroof talked about the disappointment that came with the ICC’s decision to equally split the ICC Women’s ODI Championship points due to the non occurrence of an ODI series between them and their arch rivals India. Maroof said, “The decision really was disappointing. Because we’d […]
By CricXtasy Staff Wed, 29 Apr 2020 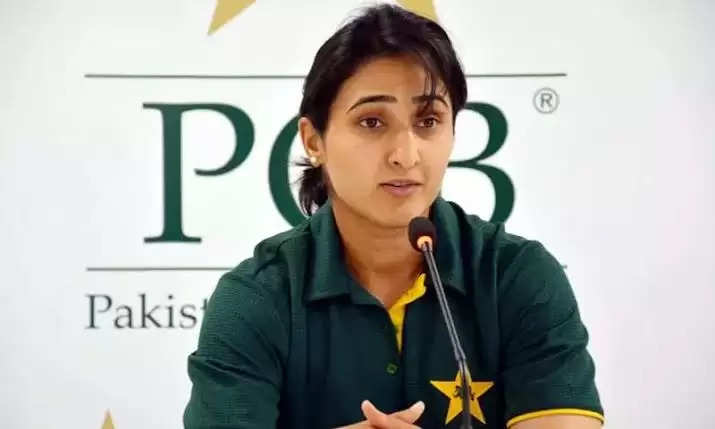 In a video conference arranged by the PCB, Pakistan captain Bismah Maroof talked about the disappointment that came with the ICC’s decision to equally split the ICC Women’s ODI Championship points due to the non occurrence of an ODI series between them and their arch rivals India.
Maroof said, “The decision really was disappointing. Because we’d been waiting for a long time to play India and I’m sure our board was working on it. But I remember we weren’t able to get a response. It was quite disappointing.”

The ongoing political tensions between the two nations have put their bilateral cricket series on hold indefinitely. The two teams were scheduled to face each other in the sixth of the seven rounds of the ICC Women’s ODI Championship 2017-20, the points from which count towards the direct qualification for the 2021 World Cup.
But with the BCCI unable to procure necessary government clearances for hosting the series, the three ODIs were left out of the roster and the matter referred to the ICC. The ICC’s Technical Committee termed it a “force majeure event”, deciding to split the six points between the two equally, as opposed to awarding all of them to Pakistan as in the 2014-16 Championship cycle because of India’s inability to play the series on both occasions.

Maroof also went on to talk about the disappointment of not being able to play India in this Championship cycle, saying, “The India-Pakistan matches are always quite hyped and the audience has missed the exciting cricket these contests provide. We’ve always shown willingness to play against India and Pakistan has always kept politics away from sport. It was disappointing that we did not get those matches, because those are really competitive matches. And we were on No. 4 [No. 5] in the Championship table. If we would have played and then not made it, then it would have perhaps been easier for us to accept as cricketers and as a team.” she said.

The 28-year-old added that the PCB’s legal team is already reviewing ICC’s call and may refer the matter to ICC’s dispute resolution committee if it deems necessary to do so. Maroof said the her team will be right behind any decision they take.

The 2010 and 2014 Asian games gold medalist with Pakistan talked about the positives that came out of this situation, saying, “Good luck to India, they’ve got these points without playing any competitive matches. Talking about our team, I’d like to put a positive spin on it as we will get more number of games [at the World Cup Qualifiers]. We don’t normally get so many, so this [Qualifiers] will give us a chance to play more competitive cricket together as a team.”

Maroof, the current skipper of Pakistan, also paid her tribute to the recently retired iconic former skipper Sana Mir on an illustrious career and for being an influential figure in the development of not just the players under her but also Women’s Cricket in general in a country like Pakistan. She said, “Sana Mir is a definite legend of the game. She’s a true ambassador of the game. One of the great minds, I’d say, we’ve all played under. A lot of us cricketers grew up under Sana’s leadership, and she deserves the credit for it. She had a big hand in getting women’s cricket the name and recognition it does in Pakistan today. She’s without a doubt a big name in women’s cricket.”

The left handed opening batswoman, who was handed the reigns after the 2016 ICC Women’s T20 WC, did not want to discuss the issue of Mir being controversially left out of the Pakistan squad for the 2020 edition earlier this year, instead stating that her achievements are to be celebrated. She said, “She has followed all due protocols and was in touch with the PCB and then announced her retirement. This was her own decision which we should all appreciate and celebrate her achievements.”
“I believe that she did deserve a farewell match but the present circumstances didn’t allow the PCB to provide one,” Maroof concluded.