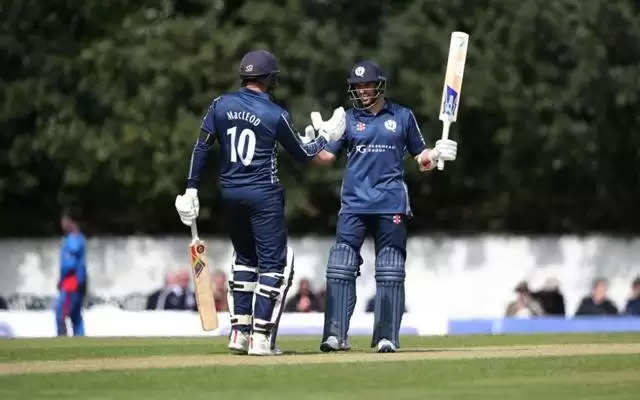 The ICC T20 World Cup Qualifier 2019 is all set to start in the UAE on the 18th of October. 14 teams have been divided into two groups – A and B. Here, in the first segment of a brief look on each of the teams, we take a look at every team in Group A.

Scotland is one of the early favourites to win this ICC Men’s T20 World Cup Qualifier 2019. They are currently on the 11th position in the ICC T20I Rankings for teams. Moreover, they are an experienced unit. As many as six players have played in excess of 30 T20 internationals. They have also been playing some good cricket all around. Scotland made headlines when they beat England last year in an ODI. In 2019, Scotland have had a mixed bag as far as T20Is are concerned. They have won four but have also lost three games.

Last edition’s joint winner’s also boast of a solid top-order. Kyle Coetzer, George Munsey and Calum MacLeod form a strong top three. Richie Berrington and Matthew Cross add solidity and experience in the middle. The bowling is a touch on the lighter side. The likes of Safyaan Sharif, Tom Sole, Hamza Tahir and Mark Watt will be the main men.

George Munsey has been in fabulous form. The left-handed opening batsman has a career T20 strike-rate of 164.97. In T20Is, he has scored 753 runs at a strike-rate of nearly 160. Meanwhile, he struck a fine unbeaten 127 last month against Netherlands. He also warmed up nicely as he scored 86 in the warm-up game against Ireland. Hence, he is the one to watch out for.

The men from Netherlands haven’t had a great time in the recent past. They’ve played a lot of T20I cricket in 2019 but haven’t been consistent. In fact, Netherlands have won just five out of the 16 games they’ve played – only two out of their last 12. Hence, it is worrying signs for Pieter Seelaar and co. Max O’Dowd and Tobias Visée have been around for the last few years and will form the opening combo. However, the team will be banking on the experienced men to take them through. The likes of Pieter Seelaar, Ryan ten Doeschate, Ben Cooper and Roelof van der Merwe will play integral parts.

There’s absolutely no question who the key man will be for the Netherlands. ten Doeschate is the most experienced player in the squad. The all-rounder has played all over the world and has performed really well. He averages almost 30 and has a strike-rate of 134.43 with the bat in the shortest format. He has nearly 7000 T20 runs and has also picked up 114 wickets, striking once a little over three overs. Hence, his all-round ability will be key.

Papua New Guinea have reached this far after winning the ICC World Twenty20 East Asia-Pacific Region Final. They won three games and one was a washout. They also featured in the Pacific Games Men’s Cricket Competition final which they won by beating Vanuatu and Samoa.

PNG’s top four will be the key. Charles Amini has been the standout with both bat and ball. Meanwhile, the likes of Assad Vala and Tony Ura have contributed well too. Charles Amini, Chad Soper and Norman Vanua will lead the charge with the ball.

An average of 34.62 with the bat, strike-rate of nearly 120, 12 wickets, an economy of 5.97. Charles Amini has fabulous all-round numbers in international T20 cricket. Hence, he will be crucial for PNG with both bat (most likely at No. 3) and ball.

If you want to enter a tournament in a good space, then you need to enter the way Namibia are entering this T20 World Cup Qualifier. They’ve had a fabulous 2019 across formats. They regained ODI status while they won the ICC World Twenty20 Africa Region Qualifier Final trophy in May. Moreover, they have lost a mere one T20I in this year. Hence, he does make them one of the favourites in this group. Namibia look like a balanced side and their recent success will boast their confidence. The likes of Jean-Pierre Kotze and Christi Viljoen will be the key men.

The 32-year-old all-rounder is an experienced campaigner. He has played 67 T20 games in his career so far. He has a good record with the ball and can give it a real tonk with the bat. Hence, he will be crucial to his side’s balance, given that he can make an impact with both bat and ball.

Singapore have only played international T20 this year. They first won the ICC Men’s T20 World Cup Asia Region Final to reach here while they were also impressive in the tri-series that also involved Zimbabwe and Nepal. They made history by beating Zimbabwe in that series.

Skipper Amjad Mahboob and Selladore Vijayakumar are the premier bowlers and senior players in the team. They will look to lead from the front. Meanwhile, S Chandramohan and Tim David have good T20I records and will lead the charge with the bat. The duo average in excess of 40 and also have very good strike-rates.

The 23-year-old has represented Australian state sides a few times and also, he was a part of the Perth Scorchers side. David’s record in T20I is superb. In six games, he has accumulated 281 runs at an average of 56.20. In fact, it is his strike-rate (164.32) which is even more impressive. Hence, he will be the key at the top of the order for Singapore.

As soon as you think of Kenya cricket, you go back to the 2003 World Cup where they made it to the semi-finals. However, they haven’t played a lot of international cricket in the recent past. They got here by finishing second on the ICC Men’s T20 World Cup Africa Region Final.

Kenya have some really experienced players in the mix. There are quite a few members in the team who are playing from more than a decade. The likes of Alex Obanda and Collins Obuya will have to shoulder responsibility with the bat. Shem Ngoche will be the premier bowler and he has done well for Kenya in the recent past.

Collins Obuya has been around for almost two decades now. In fact, he is one of the only three Kenyan cricketers who have featured in more than 100 ODIs. Obuya has a good white-ball record. He is a solid batsman and can chip in with the ball too. Hence, he is an impact player.

Delray Rawlins has played County cricket in England and has decent experience. George O’Brien has been very good. He has taken 11 wickets in seven innings in his T20I career so far.

The 22-year-old is a utility cricketer. He can contribute with both bat and ball. He boasts of a strike-rate of 142.69 in T20 cricket. He’s been in fine form and has been striking the ball well.