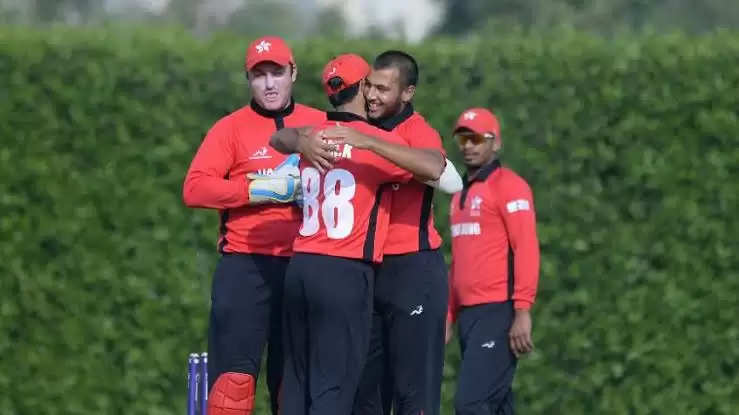 The ICC T20 World Cup Qualifier 2019 is all set to start in the UAE on the 18th of October. 14 teams have been divided into two groups – A and B. Here, in the second segment of a brief look on each of the teams, we take a look at every team in Group B.

UAE have been pretty dominant in the recent past. They have lost just one T20I in 2019. In fact, they’re unbeaten in their last six T20 internationals. In 2018, they were excellent in the ICC T20 World Cup Asia B Qualifier as well where they won all their games.

They have some experienced players in Rohan Mustafa and Ahmed Raza. Raza will be critical in the bowling attack while Mustafa’s all-round ability lends balance to the side. The likes of Chirag Suri and Ashfaq Ahmed have also impressed with the bat. Hence, UAE will be one of the favourites, given they are playing at home and they know the conditions better than anyone else.

Rohan Mustafa is a flexible player and can fit in anywhere in the batting line-up. He was opening the batting a few weeks back and in the warm-up games, he batted at No. 4. The all-rounder has the ability to adapt. With the ball, he is constantly picking up wickets and has a T20 career economy of 6.62.

Ireland might boast of the strongest side in this competition. They are the only Test playing nation in this edition of the Qualifier. They’ve been in some really good form in the last few months. They have constantly played in T20 series and are in excellent rhythm.

The Ireland side is filled with experience and also match-winners. Most players in that 15-man squad can make a big impact and hence, Ireland are outright favourites to win this tournament. They look like the team to beat this time around.

The 35-year-old Irish cricketer has relished in his new role as opener. He’s got the license to go after the bowling right from the get-go. Recently, he smashed a terrific 124 against Hong Kong. Hence, if he gets going, then Ireland will be difficult to stop.

At the start of this year, Oman looked down and out. They lost all games of the Quadrangular tournament. However, they’ve turned it around really well. In the recent Pentangular series, they won every game as they beat the likes of Hong Kong, Ireland, Nepal and Netherlands in that tournament. They have the momentum on their side but don’t have a lot of T20I experience.

Aqib Ilyas and Jatinder Singh will be the leading batsmen along with all-rounders Khawar Ali and Aamir Kaleem who have done well with the ball as well. Bilal Khan will lead the bowling attack and has been Oman’s most successful T20I bowler.

Aamir Kaleem maybe 37 years old but he is one of the match-winners for Oman in this squad. The left-handed all-rounder has contributed with both bat and ball. He has a career T20I strike-rate of nearly 115 while he strikes once every 14 balls with the ball.

Hong Kong haven’t been in the best of forms in the recent past. The only T20I series they played in the lead up to this Qualifiers was the Pentangular tournament in Oman. Even there, they lost all the games. Moreover, the loss of their captain Anshuman Rath has been massive.

Nizakat Khan and Ehsan Khan are the two experienced cricketers who will look to take the baton of Hong Kong cricket forward. Kinchat Shah and Waqas Barkat will also be vital to their chances.

Nizakat Khan has one of the consistent batsmen for Hong Kong over the last few years. He has churned out runs and will be their premier batsman in this tournament. His runs at the top are going to be vital as he is one of the experienced batsmen in the team.

Canada made their way to this tournament by winning the ICC Men’s T20 World Cup Americas Region Final. They were unbeaten in the tournament as they dominated almost every game. Moreover, they have won both their warm-up games to clear their intentions. Canada are looking good at the moment.

The likes of Rizwan Cheema and Junaid Siddiqui have been around for a while. They will play an important role in guiding the youngsters. Meanwhile, the likes of Ravinderpal Singh, NS Dhaliwal and Saad Bin Zafar have been very impressive this year.

The 31-year-old may have made his T20I debut only this year but has been very impressive. He struck a ton on debut as he scored 101 off just 48 balls. He has continued his impressive run in List ‘A’ cricket as well. In fact, he has a strike-rate of 151.42 in the 50-over format when compared to 190.90 in the shortest format. Even in the warm-up game, Singh scored 79 not out against Singapore.

Jersey might be the underdogs in this tournament but they have the ability to bite the bigger teams. They made it to this stage after topping the ICC Men’s T20 World Cup Europe Region Final. They won four games while lost just one and it was due to a better net run rate, they finished first.

It was on the back of their bowling and fielding that they won that Europe Region Final. The batting was under the shadows and kept doing its job as well. The likes of Jonty Jenners, Ben Stevens, Charles Perchard and Hawkins-Kay will play an important role in the way this team shapes up in the Qualifiers.

The 27-year-old is a utility option to have in the side. He will most likely bat in the top order and also give in a few overs of left-arm spin. He is a solid batsman who scored 104 runs in the Europe Region Final. He bowled sparingly in that tournament but was effective every time he was tried.

Nigeria are entering this tournament as the lowest-ranked team in the ICC T20I rankings. They are placed 37th and are major underdogs. They finished third on the ICC Men’s T20 World Cup Africa Region Final Table behind Namibia and Kenya. It was Zimbabwe’s exclusion which paved the way for their entry.

They have a rather young squad with six of their players under 20 years old. Hence, it is a very inexperienced side led by Ademola Onikoyi. Moreover, this is the African nation’s first ever ICC T20 World Cup Qualifier.

The Nigerian skipper will no doubt be looking to lead from the front. He is one of the most experienced players in the squad. He had scored a fighting 49 against Ghana which included four sixes, which is still the highest score by a Nigerian batsman.