It’s been all about New Zealand, heart-breaks in limited-overs cricket and England this year. Be it the World Cup final or the final game of the T20I series before this, it was deja vu of another level for the Kiwis. But there is a welcome change in the format. And they wouldn’t mind a bit […]
By Sahil Jain Tue, 19 Nov 2019 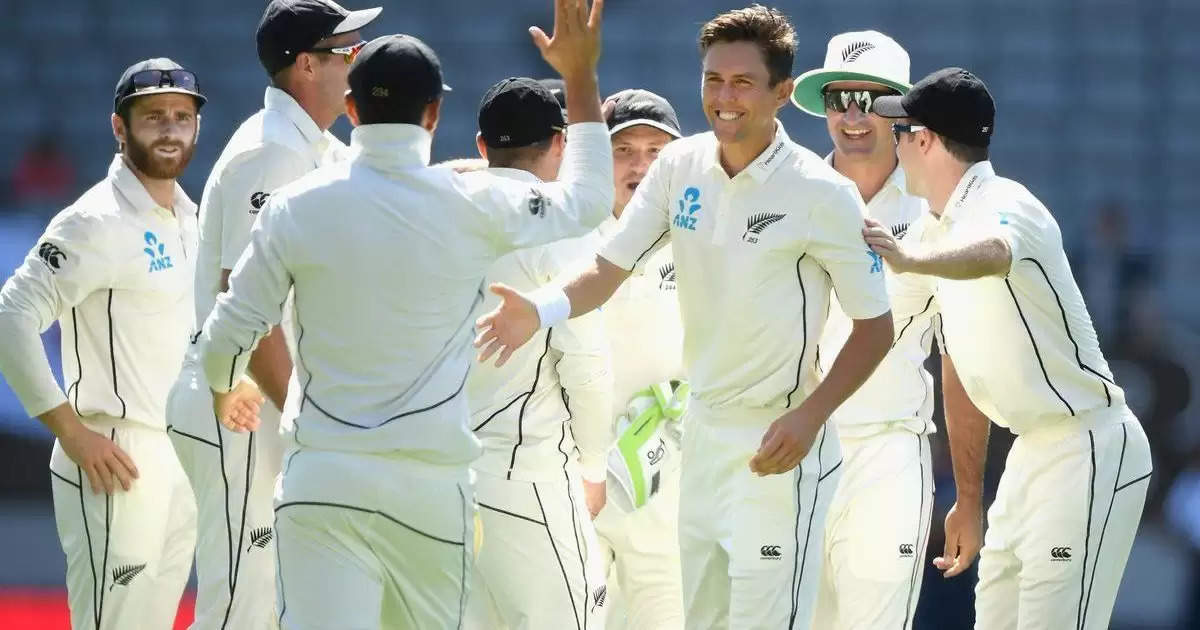 It’s been all about New Zealand, heart-breaks in limited-overs cricket and England this year. Be it the World Cup final or the final game of the T20I series before this, it was deja vu of another level for the Kiwis. But there is a welcome change in the format. And they wouldn’t mind a bit of deja vu in Test cricket.

It is a format that New Zealand have enjoyed playing in the last few years.

They have lost just one Test series since November 2016. That had come against South Africa in early 2017. Be it home or away, the Kane Williamson-led side have been very consistent. They have shown that they can adapt to different conditions and be effective.

England have faced the brunt of New Zealand’s consistency as well. The last time they were in this part of the world, they lost the series 1-0. They were humbled in the first Test after being blasted out for a mere 58. At one point, England threatened to break the record for the lowest Test score as well. Joe Root and his men did improve in the second game but a resilient show from the lower order helped the Kiwis escape with a draw and seal the series.

This time though, they have a pretty different side. They will have another new opening pair with Dominic Sibley likely to make his debut and partner Rory Burns at the top. Joe Denly, who towards the back end of the Ashes did well, will slot in at 3 with Joe Root likely to move back to his preferred No. 4 spot. Ollie Pope is back in the side and should occupy the No. 6 spot with Ben Stokes and Jos Buttler batting either side of him. What will be interesting to see is England’s bowling combination. Jofra Archer and Stuart Broad are sure starters while Jack Leach will be the lone spinner. That leaves just one spot and Chris Woakes and Sam Curran will fight it out for that third seamer’s slot.

It is high time, England do away with the inconsistency in the longest format. While they play more Test cricket and win more as well, they also lose quite a lot. Rarely do you see England build a winning streak in Test cricket.

On the other hand, New Zealand have lost just two Test matches in the last three years – one against South Africa in 2017 and one against Sri Lanka in August this year.  Unlike England, the squad has been largely consistent with some changes here and there depending on the conditions. They have a sound, solid and an experienced batting line-up.

Jeet Raval and Tom Latham at the top followed by skipper the ever-reliant Kane Williamson at three. Ross Taylor, Henry Nicholls, BJ Watling and Colin de Grandhomme form the middle order. Trent Boult and Tim Southee lead the bowling attack with Neil Wagner ad Matt Henry complementing them well. They have the impressive Lockie Ferguson as well for this series and the selectors have opted to go with the leg-spin of Todd Astle and Mitchell Santner over Ajaz Patel. It will be interesting to see who gets the nod as the premier spinner. Overall, it is a settled unit and that’s been one of the main reasons for New Zealand’s success in this format.

Trent Boult ran through the England side last time around. He picked up 15 wickets in two Tests and troubled England with swing and seam. The left-arm fast bowler will once again Test the wobbly England top-order once again. The battle between Root and Boult will be a fascinating one with the Kiwi pacer having the England captain’s number on numerous occasions – Boult has dismissed Root five times in Test cricket. Meanwhile, New Zealand will face a different challenge as well. Jofra Archer is well-rested after a long summer and will be raring to have a crack in Test cricket once again. Jeet Raval and Tom Latham have a decent opening record and their battle along with Williamson at 3 with Archer will be another one to watch out for.

This will be one of the rare occasions when a Test series will not be a part of the World Test Championship. Thus, it will allow the teams to experiment a touch. However, New Zealand’s consistency makes them slight favourites going into this series. But you cannot count England out. They have been scratchy but can produce some exciting cricket and come out on top. We have a very fascinating Test series on our hands.