Test cricket made its long-awaited return to Pakistan after a deadly attack in 2009, with the home team led by fast bowler Naseem Shah dominating Sri Lanka on Wednesday. Naseem, who is just 16, grabbed 2-51 on the opening day of the first Test which marked a momentous occasion in Pakistan cricket at Rawalpindi stadium. […]
By PTI Wed, 11 Dec 2019 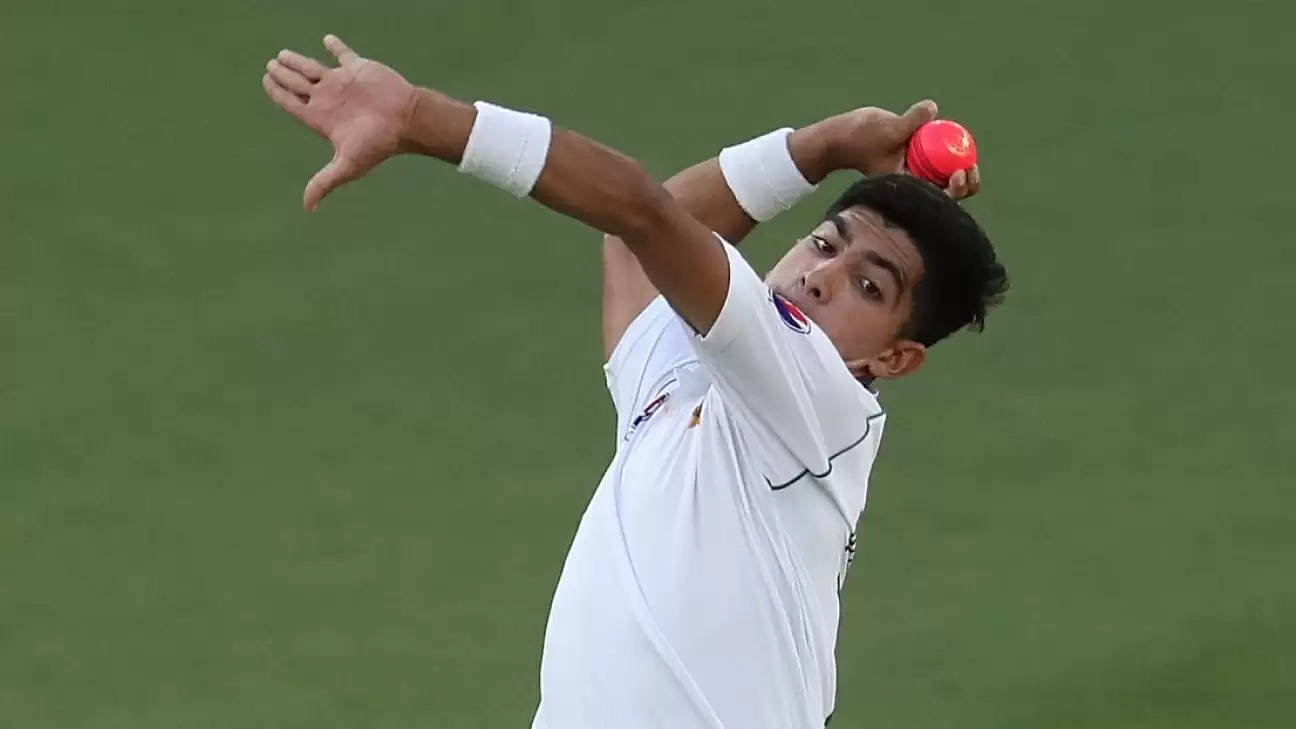 Test cricket made its long-awaited return to Pakistan after a deadly attack in 2009, with the home team led by fast bowler Naseem Shah dominating Sri Lanka on Wednesday.

Naseem, who is just 16, grabbed 2-51 on the opening day of the first Test which marked a momentous occasion in Pakistan cricket at Rawalpindi stadium.

Sri Lanka won the toss and batted and closed the day at a precarious 202-5 after bad light stopped play 20.5 overs early.

At close Dhananjaya de Silva was unbeaten on 38 and Niroshan Dickwella not out 11 as Sri Lanka spoiled a good 96-run start given by skipper Dimuth Karunaratne (59) and Oshada Fernando (40).

Pakistan struggled for wickets in the first session as Sri Lanka reached 89-0 at lunch.

Naseem then had Fernando caught at slip for 40, an innings laced with six boundaries and a six.

It was his first Test wicket after he came away empty-handed from his debut in Brisbane against Australia last month.

He also had Angelo Mathews caught in the slips for 31. Mathews added 62 runs for the fifth wicket with De Silva.

Naseem, who is also included in Pakistan’s squad for next month’s Under-19 World Cup in South Africa, said he was happy to play the lead role.

“I enjoyed a lot and the whole crowd was supporting me,” he said.

“Whenever I bowled a good delivery, they supported me. I was very excited that I was playing before the home crowd and got two wickets.”

Usman Shinwari also claimed his first wicket when Kusal Mendis edged him to wicketkeeper Mohammad Rizwan for 10, while Mohammad Abbas bowled Dinesh Chandimal for two with a beautiful delivery.

Pakistan, who in a surprise decision left out their key spinner Yasir Shah, had struggled for a breakthrough in the first session.

Naseem was the stand-out bowler in the morning as he generated pace, hitting Karunaratne on the helmet in the 19th over.

Sri Lankan skipper, then on 42, fell down but showed no further signs of discomfort, hitting Shaheen Shah Afridi for his eighth boundary to reach his 24th Test fifty.

Sri Lanka are on the first Test tour of Pakistan since a gun-and-rocket attack in March 2009 killed eight people and wounded visiting players and officials, plunging Pakistan into sporting isolation.

With foreign teams refusing to visit, Pakistan have since played their “home” fixtures in the United Arab Emirates. All of their current team are now playing their first Test on home soil.

However, as security has improved, Pakistan has gradually revived international cricket at home with limited-overs matches against Zimbabwe, World XI, the West Indies and Sri Lanka over the last four years.

“Of course, a historic day in Pakistan cricket and we all are excited,” said Azhar.

“We want to make this occasion memorable by winning.”

Karunaratne, whose team was presented with special caps to mark the occasion, agreed.

“Exciting day so we are all excited and once the game starts the focus will be on cricket.” And the fans were over the moon.

The second Test starts in Karachi from December 19