Yorkers: What works, what doesn’t and who are the best at delivering and handling them

If a ball lands in the region of one to three meters from the stumps, then it’s considered a yorker. This length stops the batters from getting underneath the ball thereby making it tougher to hit sixes. If you nail a yorker, you only concede at around run a ball. I mean, look at that! […]
By Vijaya Chaithanya Budati Mon, 17 May 2021 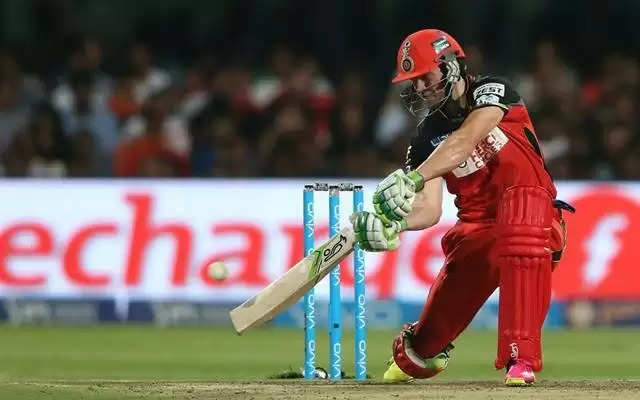 If a ball lands in the region of one to three meters from the stumps, then it’s considered a yorker. This length stops the batters from getting underneath the ball thereby making it tougher to hit sixes. If you nail a yorker, you only concede at around run a ball.

I mean, look at that! Who wouldn’t want to bowl those beauties? Not just optics, this yorker-length is terrific at containing runs too.

Against Pacers In IPL Since 2012

It’s slightly different for spinners. Yorker does give them good economy, but their best length is 5-6 m mark which is a slot length for fast bowlers. Just for this discussion, we are only gonna talk about yorkers of pacers.

Why 4.5 meters? Because that’s smack bang in the middle of the “slot” length [3 m – 6 m]. If the bowler landed it in the slot, he could be aiming for a yorker or aiming for a length ball and missed. So, let’s just take half of the slot length which is towards the yorker. Hence the 4.5-meter mark.

So, don’t miss a yorker. But if we dig up the numbers, we can find some margins for error. Let’s see what those are.

Let’s look at the margins in terms of Line, length, and pace of the yorker.

The wider the line higher the strike rate. Attacking the stumps not only gives you a better economy but can bring more dismissals into play. You miss, I hit.

Especially when there is a little bit of reverse available, it can make things really hard for the batters. It cramps them for room and sometimes forces them to play across the line, which can result in wickets [A wicket every 10 balls]

If the bowler bowls a wider line, it allows the batter relatively more options to score and reduces the chance of getting out as there are fewer dismissals in play [A wicket every 67 balls].

And we’re also seeing bowlers bowl that wider line with third man and point up, which makes it easier for the batters to hit a boundary.

It looks like, the wide yorker’s effectiveness is more influenced by the fieldset compared to a full straight yorker, where the batter is allowed very few options. One is to just get bat on the ball and run a single as the field is spread. Two, play the scoop. And bowlers being smart, have started to put fine leg a lot finer, which further reduces the boundary options. So, giving themselves room and converting it into a wider line or reverse scooping the ball are the only other boundary options. ABD might have a few more options. [Read more below]

Do not miss a yorker. Erring while attempting a yorker will hurt you. But it hurts lesser if you err on the shorter side rather than on the fuller side.

Pace:
If you are quicker, you will have a better margin for error. In fact, even the strike rate against the yorkers is low if the bowler is quick. Have a look.

The yorkers bowled at less than 120 kph are probably slower ball yorkers. So, there is a chance that the batter was deceived. That could be a reason for the lower strike rates. Other than that, the quicker the bowler, the harder it is for the batsmen to score off. So, be quick, or make your slower balls deceptive.

Bowlers attempt yorkers and sometimes they fail. Most of the time, actually. But who fails the fewest? Let’s see.

Let’s keep the following three things in mind before we go forward.

In a list of 103 bowlers, who bowled at least 200 balls since 2012, here are the bowlers who attempted the yorkers most.

On average, in IPL yorkers are attempted around 20% of the time. Natarajan and Malinga attempt yorkers 45 and 41 percentage of the time. More than double the average. Bumrah attempts them 25% of the time. It’s interesting that Dinda attempts yorkers more often than Bumrah. Keep this thing in mind. We’ll discuss this more in detail later.

Now let’s get to the important part and find out who nails the yorkers most. Let’s calculate the percentage of yorkers among the attempted yorkers.

Among the 26 bowlers who attempted at least 200 yorkers, here is the list of the top ten and worst 5 in terms of nailing the yorkers.

Praveen Kumar is ahead of everyone else and it’s not even close. He’s on a different level altogether. Natarajan and Malinga being in the top 3, comes as no surprise.

Rabada is 25th on the list of 26 people. His yorker success rate is 29.6 compared to the league average of 33.9. Along with Rabada, Bumrah is also low on the success rate. Mind you, the filter is 200 attempted yorkers. There are quite a few who has a better success rate than Bumrah, albeit with a slightly smaller sample.

Now, let’s compare Bumrah with Dinda. Bumrah not only attempts fewer yorkers than Dinda, but his yorker success rate is also lesser than Dinda. Let that sink in. If you’re wondering why Bumrah has a better economy than Dinda, one of the reasons could be that Bumrah bowls a lot fewer slot balls (3-6 m) than Dinda.

This tells us a few things. One, the narrative. Two, Bumrah has other deliveries that make him a lethal force in T20. Three, you don’t have to be the best with yorkers to be an elite T20 bowler.

The yorker success rate in the league since 2012, is 33.9%. That’s around 2 balls in an over of attempted yorkers. For two balls the bowlers will concede about 2 runs and when they miss the yorker, they get hit at over 160. It does bring in the discussion of, whether a yorker as an option is overrated. And it’s not a great wicket-taking option either. In every phase, the balls per wicket for yorkers is more than the average balls per wicket for pacers in respective phases.

Then what’s the best option for pacers? Well, that’s a discussion for another day.

AB de Villiers topping this 24 men list, comes as no surprise to anyone. It’s surprising to see some big names being so low and to see Smith so high in the list. On average, a yorker goes at 1 run per ball. de Villiers strikes at 142 SR. Being an alien is probably the biggest reason. #analysis

Apart from having the ability to play the ball 360 degrees, de Villiers uses the crease really well. He goes deep into the crease in the death overs [like many during that phase] where you expect people to bowl yorkers. And the numbers back this tactic as well. In the last 2 seasons of IPL, batters struck at 113 when they go deep in the crease against yorkers. Any other footwork, they didn’t even cross 87 SR.

Here is what Andrew Flintoff said about de Villiers. “I remember when the game changed. Because I used to bowl the Yorkers to people like Dhoni and I didn’t mind bowling to them, because their feet were planted. But Ab de Villiers started doing this…

So all of a sudden, my Yorker became a full toss. How do you bowl?”

• Yorker is a great delivery.
• Do not miss your length, but if you do miss it, err on the shorter side.
• The pace is important for yorkers and missed yorkers.
• If you don’t have “high pace”, deception is the key.
• Attacking the stumps is better than bowling wide yorkers.
• Natarajan and Malinga attempt yorkers around 40% of the time.
• Praveen Kumar is on another level when it comes to executing the yorkers.
• Dinda nails his yorkers more often than Bumrah when attempted, and
• AB de Villiers is a freak.