Cricket media has already told you what has been going on with Mohammad Hasnain’s action. This article shows... 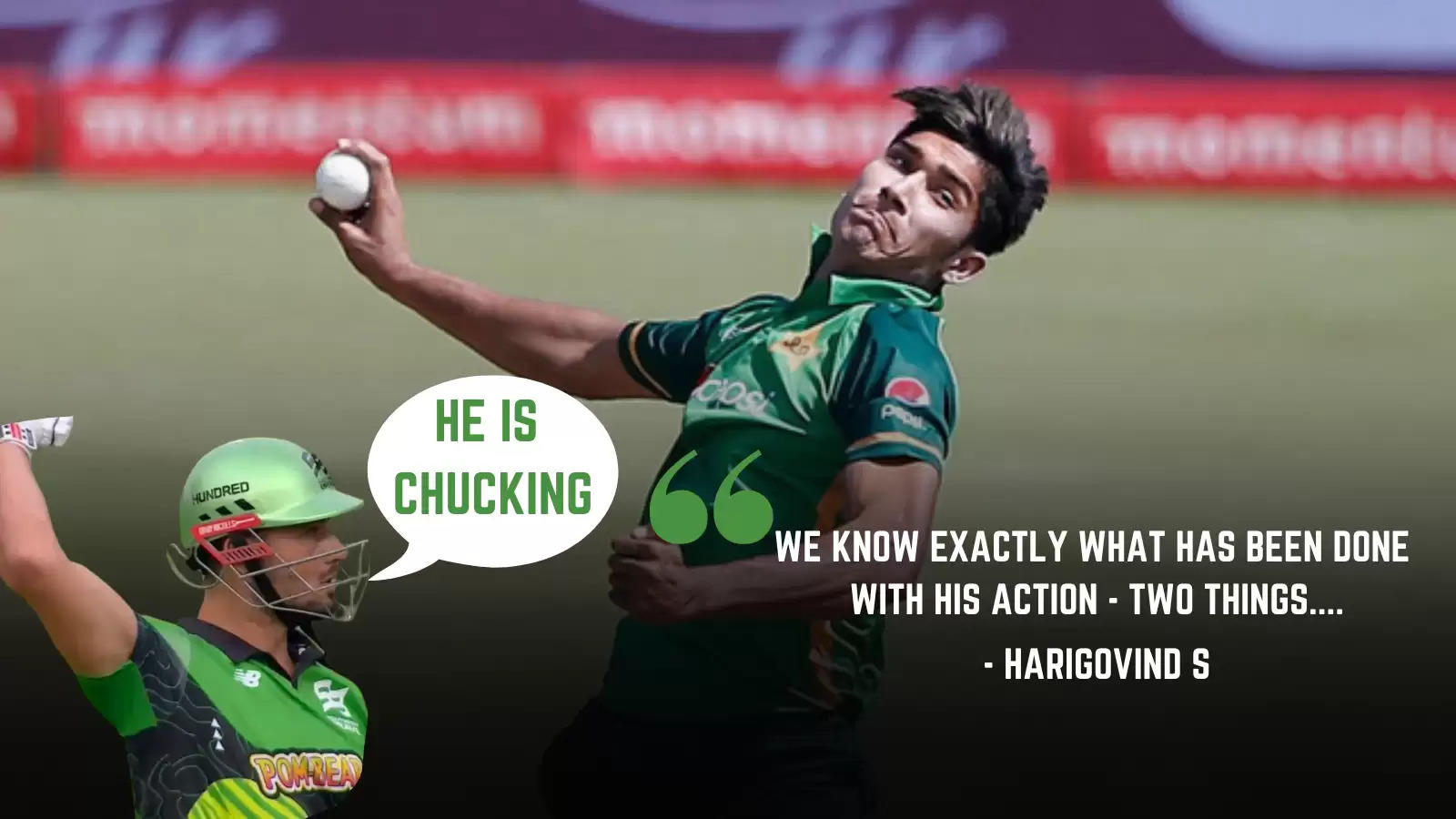 Cricket media has already told you what has been going on with Mohammad Hasnain’s action. “Hasnain had been rotating his arm inconsistently to make the ball swing, causing a jerk,” reports ESPNcricinfo. “To bowl quicker deliveries, his landing was wild, making his alignment go out. It is understood that the structure of his new bowling action remains the same though his wrist, arm rotation and landing has been tweaked.” This article will show you the nuts and bolts of this action change.

Fast bowling actions adapt seamlessly to screenshot analysis because of their inherent ball-to-ball consistency. Take the case of a bowler’s stock ball. Most stock balls are bowled at about the same speed, which means that if any change in causal mechanism has gone into altering their speeds, this change must be minimal; i.e., all stock balls must be bowled with approximately the same actions. Selecting a random exhibit of the bowler’s action and hoping that this exhibit is representative of all other stock balls they may have bowled is sensible because, unlike batting, fast bowling mechanics are not dependent on the rapidly fluctuating extrinsic vagaries that are line, length, pace, angle, or pace lost off the surface. Bowlers, unlike batters, necessarily do what the intend to do.

In the case of Hasnain, this becomes an even easier task because we know exactly what has been done with his action; we need only see it. These are two things: one, his arm rotation has been refined, ostensibly to allow him to swing the ball with ease, and two, his landing has been touched up to help him launch the effort ball with speed. A changed path of arm rotation is easy to see, while an improved “landing” entails no more than a different alignment during the back-foot contact stage. 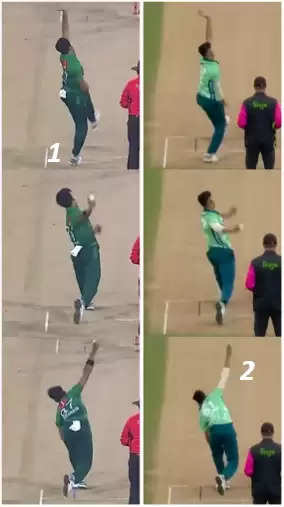 Hasnain’s old action (L) compared with his modified action (R) – see how 1) the landing is more side-on at back-foot contact; and 2) the release is more over-arm.

We check the footage to see whether this is true.

The first set of pictures on the left is from Hasnain’s hat-trick against Sri Lanka in the first T20I of 2019, the second from a recent Hundred fixture against Trent Rockets. Immediately noticeable is the change in arm rotation at release points. On the left, the point of release is less over-arm, more slingy; on the left it is more over-arm, less slingy.

How does this aid swing bowling? Remember, an internal rotation of the wrist at release point aids inswing, an external rotation aids outswing. Both these are hard to perform when the hand is at a round-arm position, because any such rotation will alter the trajectory of the ball either towards the pitch (in the case of an internal rotation) or towards the skies (in the case of external rotation). Perhaps, it is for this reason that Hasnain was found to “jerk” his elbow into a false over-arm position while attempting to swing the ball, an oversight that will not rear its ugly head with a real over-arm release.

“Hasnain had been rotating his arm inconsistently to make the ball swing, causing a jerk"

The second change – the improved landing – can be observed by comparing the back-foot contact stages of the first and second exhibits. As indicated, Hasnain’s back foot points more to the leg side of the batter on the right image than on the left, showing that a more side-on feet alignment has been adopted. Whether he was using the classic “mixed action” – the third cousin of the side-on and front-on versions that has been found to pose a higher injury risk – is tough to ascertain, for such classifications are impossible to perform with the naked eye. In the case that he was, however, a shift to a pure side-on action decreases lumbar injury risk, and though the majority of evidence is that there is no speed advantage to using either one of the three actions, a minority of research suggests that it may assist accuracy, especially under fatigue.

Put in simple words, neither the arm jerk, nor the wild landing, must manifest itself with the new action.

There is the off chance, of course, that they do. But this will be the effect of conscious or unconscious deviation from the set path that has been carved out for him. It must also be said that the limited evidence in our possession hints that this may already be the case – the Hundred highlights packages show Hasnain occasionally dithering back to the round-arm release, and the feet are sometimes front-on. But in the absence of access to full footage we can neither have objective data nor be aware of the complete record while making claims like this.

For the present day, all one might say is that Mohammad Hasnain is back, and back with a bang. Now you can claim to have seen the smoke of this bang.