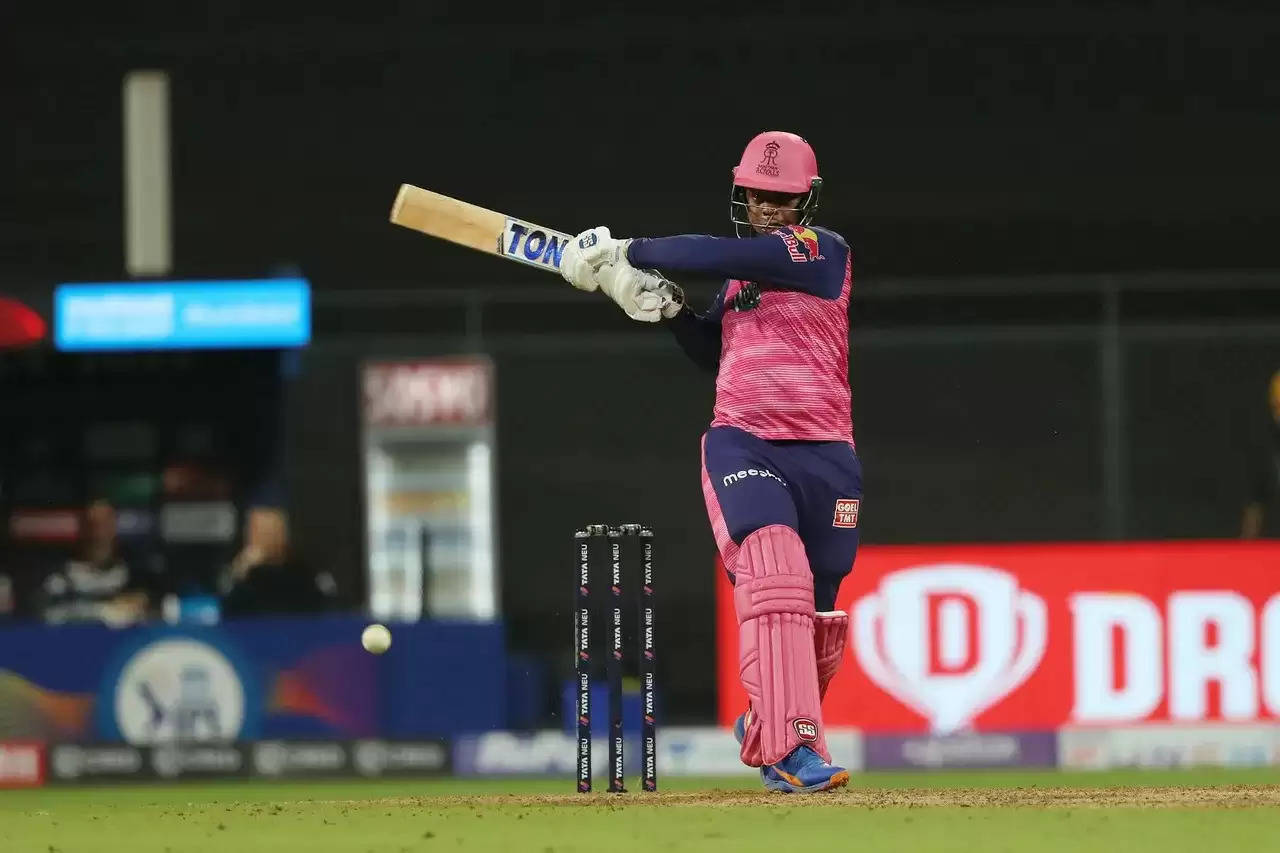 Finishing off an innings well is unarguably one of the most arduous jobs in the T20 cricket today. The bowlers are far more organised and prudent in the slog overs. The batters need to have the conspicuous skillsets to flourish emphatically over a large period.

Shimron Hetmyer seems to have a fair amount of such skillsets to excel in this particular role. He has played several emphatic knocks at the back end of an innings in the last couple of years or so. The 25-years old has made a proclivity for going berserk nonchalantly in the death overs now.

Shimron Hetmyer was not seen as a finisher at the start of his career. In fact, he was conjectured as a middle-order batter who had a robust technique to counter the spinners. It was also understandable since he fared reasonably well in this role initially. 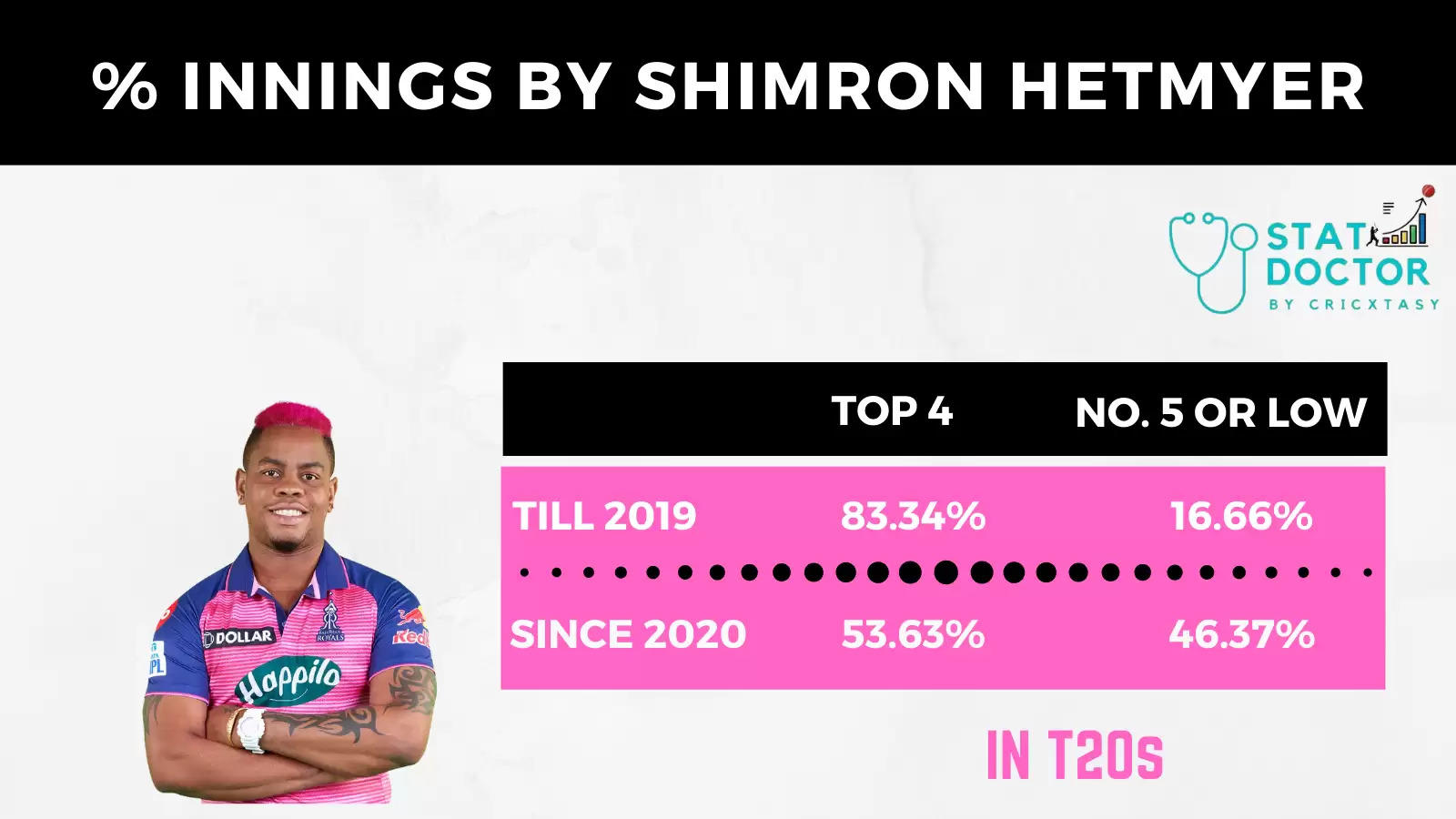 But, this didn't exhibit his expertise against the pacers - something that he always possessed. Obviously, Hetmyer didn't have a completely stable base against the fast bowlers, but there was definitely the potential to work with. Delhi Capitals initiated 'Shimron Hetmyer, the finisher' project.

In a game against Sunrisers Hyderabad, Hetmyer batted at No. 5 for the first time under this project. He made an impact immediately as he made 21 runs off 12 balls, including two maximums. Since then, the Guyana-born has only continued rising through the ranks.

"The role of a floater is not something that I was accustomed to really. I am still working towards getting better with each and every game," said Hetmyer during IPL 2020.

Undeniably, donning the finisher's role is not easy for someone who has batted mostly in top-order. A batter has to tweak several aspects to bat effectively in the lower order. Ricky Ponting worked on those aspects brilliantly, and he is reaping the results now.

On 58.06% of times, he has arrived in the 13th over or more in this duration. While his overall numbers are excellent, he becomes a monster when his entry point is 13th over or ahead. The chart below depicts the same.

In this season, Hetmyer has also played only 24.39% dot balls, 4% fewer than the last two seasons. He is improving gradually with each passing game.

His excellence has been overshadowed several times by his teammates this season. He has done his job perfectly in almost every game. One such instance was in RR's opening game against SRH.

Rajasthan's top-order provided an excellent start, with three of the four top-order batters making 30+ while batting first. After the dismissal of Devdutt Padikkal, Hetmyer arrived at the crease in the 16th over. He immediately took on the bowlers and smashed them with ease.

Hetmyer first hit a low full toss for a six over long-on and smashed an attempted yorker through the covers for a boundary on the very next ball. In the penultimate over, he showed a glimpse of his power by hitting an outside off short ball for a six over long-off and a slower back of a length on the same line for a maximum over long-on.

In the last over, he played a splendid scoop on Natarajan's yorker for another four towards the fine leg region. Within a span of 12 balls, he presented an exhibition of his power game and range of shots against the pacers. The southpaw made 32 runs off just 13 balls and helped RR get the 200-run mark.

Hetmyer only continued from where he left in the last season for Delhi Capitals. In the next game against MI, he pummeled 35 runs in 14 balls, whacking three fours and as many sixes. Apart from showing his skills as a finisher, he also played a relatively longer inning against LSG.

Coming in to bat at 64/3, which turned to 67/4 three balls later, Hetmyer stitched a tenacious partnership with Ravichandran Ashwin. Playing casually, he hit only one boundary in his first 25 balls till the 17th over. Then, in the 18th over, he unleashed his hitting gears and hit two maximums and a four against Jason Holder.

In the next two overs, he cleared the ropes thrice in six balls, taking Rajasthan Royals to a fighting total of 165. Apart from walloping the bad balls, he didn't show mercy to the good balls either. He ended up after playing an unbeaten knock of 59 runs off 36 balls, including six maximums and a solitary four.

He has played the impactful knocks in every game this season. Barring the last game against Delhi Capitals, where he faced only one ball, his strike rate has been above 135 in every other inning. He has been doing this consistently since 2020.

Among all the batters to have faced a minimum of 150 balls, Shimron Hetmyer has had the second-best strike rate (195.75) and boundary ball% (27.36) in the death overs in the league since 2020. This clearly indicates that he has adapted to the new role swiftly and impeccably.

His noteworthy exploits have pretty much covered the faulty batting unit of Rajasthan Royals this season. Obviously, the top-order batters have also done the heavy lifting, but Hetmyer's consistency in the lower order has had an equal impact. Rajasthan Royals would want him to continue chipping in crucial runs as they enter towards the business end of the tournament.