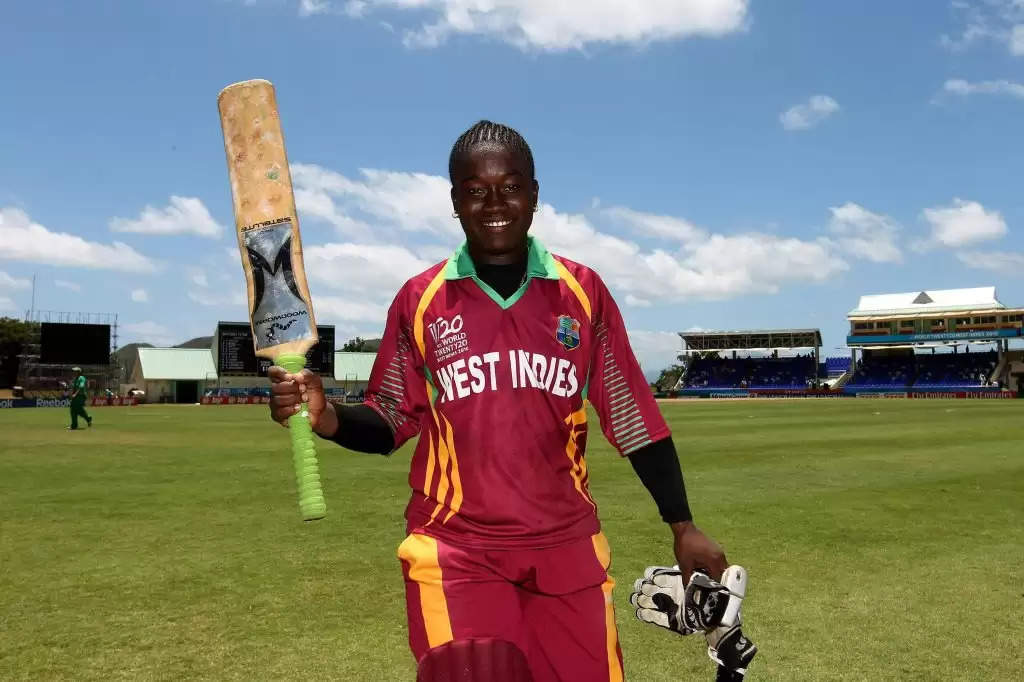 Did you know that the first women’s T20I was played almost six months before the first men’s T20I? Since then, the women have played 866 T20Is until the magnificent final of the T20 World Cup that happened this year.

It has been more than 15 years since the first women’s T20I was played between England and New Zealand. Infact, it is on this day the first T20I hundred was scored in a women’s game. The 2010 T20 World Cup was hosted by West Indies as their women took on South Africa in the tournament opener. By the tenth over, the hosts were rattled to 56-4 by the South African women. In walked Deandra Dottin, and hell broke loose.

She became the first women to score a T20I century, and she matched Chris Gayle by scoring it against South Africa in a World Cup opener. However, Dottin was more brutal. While the fastest T20I hundred till then was scored in 50 balls, she smacked a century in just 38 balls. Dottin smashed seven fours and nine sixes. It was insane. The West Indian scored her second 50 in just 13 balls. And she took her team to 175/5 by the end of the innings. Her 112 accounted for 64 percent of the team total, and West Indies won by 17 runs.

It took six years, and 62 T20Is to register the first-ever century in the format. In the next ten years, 26 centuries have been scored in Women’s T20Is out of which 20 were scored since March 2018. If the matches that involve Mali, Maldives, Philippines and Germany are excluded, 18 centuries were scored in overall. Out of the 18, only twice the team that had a centurion lost the match. Australia lost to England despite Beth Mooney’s century in 2017. It was the same match where Danielle Wyatt notched up a century while chasing. Mooney scored a century on the second instance too. However, Sri Lanka failed to chase it down despite AC Jayangani’s century. And Wyatt is the only player to score a T20I century in a successful run chase. She did it twice – against Australia and India.

From May 5, 2010, to October 22, 2017, only three T20I centuries were scored. It was obvious from the way the game was approached back then. However, in the last few years, the way batters approach an innings has changed. Since October 2017, 15 centuries were scored excluding the matches that involved the four countries that were mentioned earlier.

One of the reasons behind the increase in the number of centuries is the exposure to T20 batting in Women’s Big Bash League. The WBBL had a huge role to play in shaping the way women’s cricket is played across the world. Infact, the number of centuries in the WBBL has seen a significant rise from the 2017 edition. In 2018, there were six centurions, and in the latest edition, three centuries were scored.

Based on the performances so far, it could be said that if a batter played through the 20 overs and scored a century, then the team wins almost every time. Since 2015, not even once the team that had a centurion lost the match in WBBL. All 14 centuries have ended up in the winning cause. Whether it could hold good for the future is debatable due to the dynamic change in approach towards T20 batting. The gradual increase in the average strike rate of the top three run-getters in the Women’s Big Bash League depicts a clearer picture. It’s steadily increasing, and the way batters build an innings is slowly changing.

If one had to argue about the number of centuries scored in the shortest format by the women, it is less. As many as 55 centuries are scored in 1084 Men’s T20Is to 26 centuries in 862 women’s T20Is. However, women’s cricket is a very different sport from that of men’s, and it is not right to understand and evaluate statistics of women’s cricket in comparison with men’s.

If at all there is any comparison, it should be made on the number of avenues the men get to play and develop their game, unlike women. The T20 leagues that are spread across the world have an immense role to play in how men play T20 cricket. Similarly, women also should be provided with ample opportunities to play the sport and explore different aspects of the game. The more they play, the better they will get. And that is how sport has always grown.

Much like the WBBL, there should be a Women’s IPL, and other such leagues for the women to play in different conditions, against different opponents. It will help the sport grow in quality as well as a market product. Unless that happens, one cannot complain much about the lack of centuries or the pace at which the game progresses.