England vs West Indies: What worked for Jos Buttler at Old Trafford

On 24 July, a couple of days back, the chairman of the IPL – Brijesh Patel confirmed to Cricbuzz that the IPL will be played from 19 September. On the same day, the third Test between England and West Indes started in Manchester. It’s a series decider already, and to add to it, it was […]
By Tushar Sun, 26 Jul 2020 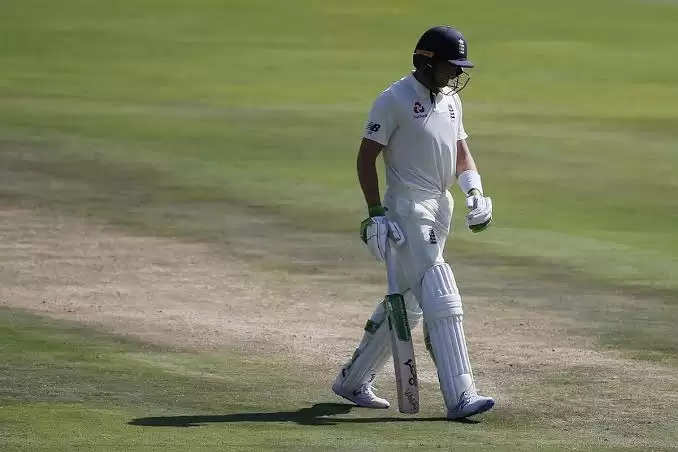 On 24 July, a couple of days back, the chairman of the IPL – Brijesh Patel confirmed to Cricbuzz that the IPL will be played from 19 September. On the same day, the third Test between England and West Indes started in Manchester. It’s a series decider already, and to add to it, it was bound to decide the future of a few players in Test cricket. There have been regular talks regarding the places of Jos Buttler, Shai Hope and John Campbell in their respective Test sides.

So, what is the news of the IPL doing here? It’s because of what Buttler has been in the IPL and in Test cricket, of late. He would be happy to hear the IPL news but also worrying about his place in the English Test side. The IPL was also the reason behind Buttler’s return to the Test side in 2018.

Buttler’s performance, since his comeback, can be judged in two phases: 2018 and since 2019. In 2018, he averaged about 45 with a balls-per-dismissal ratio of over 65. The fortunes have changed drastically since 2019. Since 2019, Buttler has been averaging less than 25 with a below-par dismissal rate of about 48.

And, one of the main reasons is his contrasting returns at home in these two phases. Buttler averaged over 46 with five 50+ scores including a century in 12 innings in England in 2018. In 2019, the average dropped to 26.53 with just two 50+ scores in 15 innings. The last Test Buttler played in 2018 started on 23 November, and the first Test he played in 2019 started on 23 January. So, what has changed in two months?

The mode of dismissals can give us a fair idea if Buttler changed anything in his technique or playing style. In case of a dip in batsman’s form in Tests, generally, the number of bowled or LBW wickets go on the rise. However, that’s not the case with the Buttler. The numbers for various dismissals’ mode are similar in both phases. In 2018, he got bowled or LBW about 35%, and since 2019, the percentage is 33.

Bowled, LBW, caught by wicket-keeper or in the slip are the common modes of dismissals in Test cricket, particularly for a batsman who plays majority of his games in England. The percentage of such dismissals in 2018 was about 65 and since 2019, it has raised to 66.67%. The difference is minimal but Buttler’s defence is questionable in both phases.

GETTING STARTS AND CONVERTING THEM:

Buttler spoke about this after day one of the third Test at Manchester: “The only time I’ve had success at Test level is when I’ve trusted my defence. Lots of people expect me to play a certain way because of the way I play in one-day cricket but I’ve never seen Test cricket in that way.”

BUTTLER IN THE THIRD TEST IN MANCHESTER:

Jos Buttler likes playing at Old Trafford in Manchester. Before this match, he had failed in just one out of five innings he had played in Manchester in Tests. He bagged a duck in the second innings of the second Test at the same ground. And, barring that innings, he averaged over 46 here. And, Buttler scored in Old Trafford yet again. However, there was neither a distinct tilt towards his natural gameplay or the typical Test innings this time. To reach the double-figure mark, he consumed as many as 38 balls in the innings.

38 balls is the longest Jos Buttler has ever taken to reach double-figures in a Test innings. #ENGvWI https://t.co/KjWpSyyd6r

Jos Buttler came with an aim to dig in deep in an important innings of his Test career. Whilst his partner Ollie Pope donned the aggressor role, Buttler decided to bide his time. Buttler arrived on the crease on the fifth ball of the 48th over and scored just 18 runs in the next 52 balls (till 67th over). He had scored just two boundaries, both coming between 58th and 60th over. Buttler played calmly and hardly gave a chance to the Windies bowlers.

After getting set and used to the deck, Buttler launched two sixes through the mid-wicket and long-on region against Rahkeem Cornwall. And, even after that Buttler continued playing cautiously. He completed his fifty in 104 balls. Buttler finished the day on 56 off 120 balls, and in quite some control – 90% according to ESPNcricinfo.

He couldn’t complete his century as he didn’t survive for long on Day 2. Shannon Gabriel who had overstepped on the fourth ball of the 92nd over, got him out on the next ball as Jason Holder grabbed a catch comfortably in the slips. The highlight of this knock was Buttler’s patience. He didn’t attack against the pacers a lot, he took his time and looked to compose himself in the middle.

He scored just about four less than what CricViz models expected. Buttler has faced 50 or more balls in 29 innings of his Test career but had a lower strike rate than this only on four instances.

Moving ahead in Tests, Buttler — a yay or nay?

He is a genius in white-ball cricket and an English ODI great. And, somehow, England want to enjoy his services in the traditional format of the game as well. However, the fact is Buttler is not a great Test batsman. And, his challenge is greater because of the tough conditions at home and the general tilt of Test matches to bowling-friendly wickets. He has improved his wicketkeeping but the problem is his returns with the bat. And, Buttler’s issue is against the pacers who move the red-cherry.

Before his return to the Test side in 2018, Buttler averaged over 35 in just one first-class season in England. Yes, he went on to have a great time that year – but that’s in hindsight. England had mixed up the white-ball and red-ball cricket by selecting a player in the Test side on the basis of his IPL heroics.

To master all the formats is insanely difficult and England should not overuse him. His role in the white-ball cricket is to amass runs quickly and he has a technique for that, not to face the red Dukes in testing conditions. Moreover, he is the wicketkeeper for England across formats, thus, the toll on his body can be immense.
England have Ben Foakes in their ranks. However, his recent returns are not great. In the first-class season in England, Foakes averaged over 44 in 2015, 2016 and 2017. However, in 2018, his average fell to 36.70 and 24.58 in 2019 in the first-class season in England.

Jonny Bairstow’s Test form is far from impressive. And, that’s where the situation gets trickier for England. At one point in time, during England’s tour of Sri Lanka in 2018, England had three good wicketkeeper-batsmen (Foakes, Bairstow and Buttler), and the journey seems tough going into the future.