India won yet another decider in an ODI series, something they’ve been doing a lot in the recent past. Although they lost 3 wickets, this looked to be a better chase than Australia’s rampaging 10 wicket win in Mumbai. For one, the pitch was drier and it was more difficult to score against the spinners […]
By Kausthub Swaminathan Mon, 20 Jan 2020 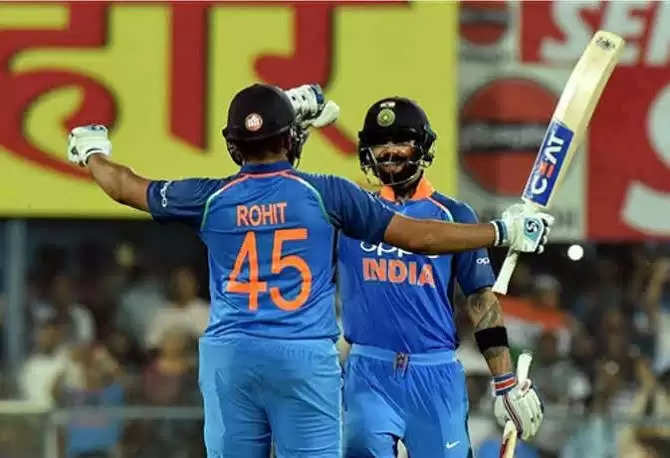 India won yet another decider in an ODI series, something they’ve been doing a lot in the recent past. Although they lost 3 wickets, this looked to be a better chase than Australia’s rampaging 10 wicket win in Mumbai. For one, the pitch was drier and it was more difficult to score against the spinners than in the first game. Add to that, dew didn’t come in at any stage of the chase. This meant the pitch wasn’t getting much quicker, making 287 still a fairly competitive target. It was not the easiest battle field for India’s finest warriors Virat Kohli and Rohit Sharma. The series was always going to be decided on how well the spinners on either side were dealt with.

In the most spin conducive surface of the short 3-match series, this was even more crucial. For the first two games, it was mostly about how batsmen should utilize the spin overs to attack. The logic being get as many runs before the pacers came back to hunt. But the surface for the 3rd ODI was one where that strategy had to be tweaked.

Throughout the first innings one could witness the pitch getting slower and more difficult to bat on. Australia got just 63 runs of the last 10 overs and couldn’t time the ball too well. With that in mind the 20 overs of spin became that bit more important for the bowling side. It wasn’t going to be easy to attack them on such a surface. This is where Rohit Sharma’s strategy of going after the quicks was top notch. Two sixes, one short and wide ball carved off Starc, and a delectable flick off Cummins, made his intent known.

By the time Ashton Agar came on to bowl, India were already 61-0 off 10 overs. In his very 2nd over though, Rahul was dismissed and in walked Virat Kohli. With Zampa’s 10 overs still remaining, and just about 8 for Agar as well, Kohli was new at the crease. It was all set up for a middle-overs battle to swing the decider in their respective team’s favor.

The breezy opening partnership enabled both Kohli and Rohit to play the spinners carefully. But the pair didn’t get stuck either, getting singles whenever possible. As the Indian captain was settling in, the vice-captain at the other end made sure that the pressure didn’t mount. As Kohli said, Rohit anchored the innings beautifully.

While the Aussie spinners were trying to dismiss them, the batsmen were trying to get spin out of the way. They wanted to get just enough runs to avoid pressure but didn’t want to lose wickets. Zampa and Agar showed admirable control, they did not give even an inch for the batsmen. Singles were the maximum most of the time. An over of Labuschagne did ease the pressure a bit but the primary spinners were still on the money. The singles acted as a lifeline which made sure India didn’t fall too far behind. All the experience of India’s best ODI cricketers came handy.

What Kohli and Sharma did expertly was being at their solid best in terms of footwork and technique. The 20 overs of frontline spin went for just 72 runs, under 4 runs per over. While they were prepared for a risk-free approach against spin they were still there to utilize the few loose balls.

Rohit’s pull for six in the 26th over against the one short ball that Zampa bowled yesterday is a good example. He jumped back on spotting the length as if a gunshot was fired at him. The pair didn’t take too much risk off the pacers as well but still managed regular boundaries. Virat’s pull off a Hazlewood bouncer was a case in point of the controlled aggression they displayed. He rolled his wrist to firmly hit the ball along the ground even though there was a gap in the deep.

As the innings went on, the fast bowlers, especially Cummins and Starc were still getting targeted. The two new-ball bowlers went for 130 runs in their 16 overs. The way they were dealt with meant that the cautious approach against spin was compensated for. On a spin-friendly deck, the strategy of ‘playing by percentages’ of the Hitman and his King worked out perfectly.