Sunrisers Hyderabad (SRH) and New Zealand have got a lot in common than one would suggest. Both of these teams are powerhouses of their own but are yet deemed as underdogs whenever they enter a competition. One of the major reasons for the success that SRH have endured over the years has been largely attributed […]
By Daiwik Tadikonda Wed, 4 Dec 2019 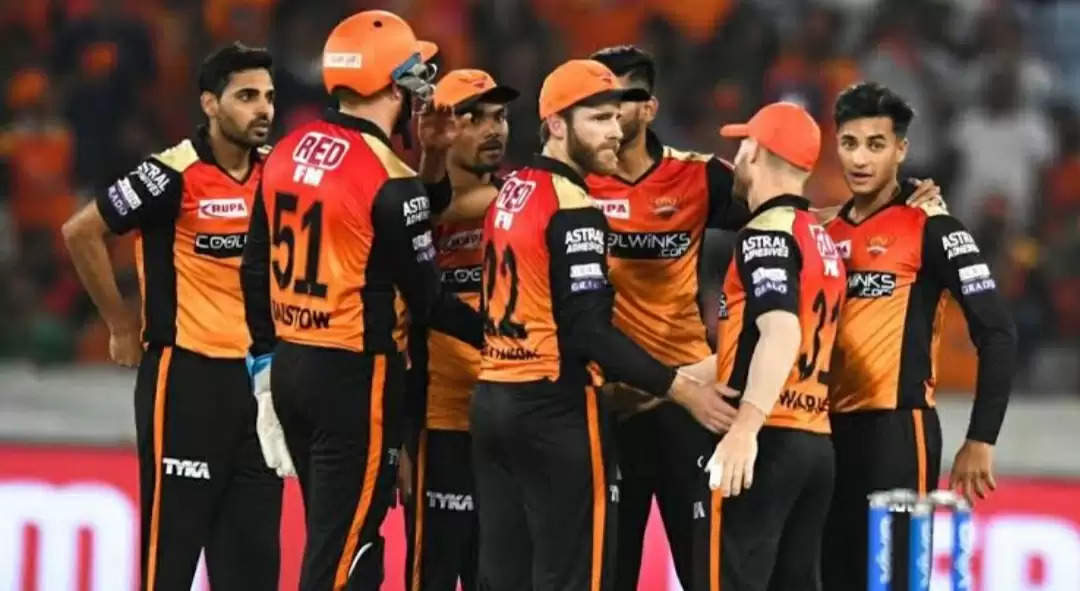 Sunrisers Hyderabad (SRH) and New Zealand have got a lot in common than one would suggest. Both of these teams are powerhouses of their own but are yet deemed as underdogs whenever they enter a competition. One of the major reasons for the success that SRH have endured over the years has been largely attributed to their smart think-tank. Their auction strategies have been very impressive almost every year and this season too, they let go of some big names in a bid to gather an experienced and consistent pool of players. SRH let go of some big overseas and Indian players like Martin Guptill, Shakib Al Hasan, Yusuf Pathan, and Deepak Hooda.

SRH have been the silent achievers ever since they became a part of the IPL. They have put up some very impressive performances and have been appearing in the playoffs on a consistent basis since 2016 including a title win that year. They went on to reach the finals in the 2018 but sadly, they ended up on the other side of the match against CSK.

Heading into the IPL 2020 edition auction, SRH need to address some issues with their squad. First up will be their lower-middle order issues and a lack of a proper finisher. They also need to look at finding an Indian pool of established and consistent players who can prove to be suitable backups for their first choice players. Let’s have a look at the 3 Indian players SRH should taregt in the upcoming auction.

The boxer-turned Pacer was a key component of the SRH squad that won the 2016 edition in a tense final against the RCB. In fact, it was Sran who picked up the crucial wicket of Virat Kohli.

Barinder Sran does have the knack of leaking runs early on in the innings but once he gets his eye in, he’s almost as tough to decipher as any other bowler. Sran is a smart bowler who knows his variations well enough. His sudden bouncers are quite deceptive and his knuckle ball remains his biggest strength.

Post the 2016 season, Sran didn’t feature much for SRH in 2017 and was consequently sent back to the auction pool in 2018. He was picked up by the KXIP but had a below average stint with them. Leading up to the 2019 edition, he was picked up by Mumbai Indians but didn’t have enough retain-worthy numbers.

Sran will be a great addition to this SRH pace attack as playing in Hyderabad is where his comfort zone lies (2016 season). Moreover, he can prove to be a suitable backup for someone like Sandeep Sharma or Siddharth Kaul. His economy isn’t exactly on the better side but he is known to pick up some vital wickets towards the end.

Rahul Tripathi broke into prominence because of his exploits with the bat in the 2017 edition of the IPL. He opened the innings for the now defunct Rising Pune Supergiant.

He was bought by Rajasthan Royals in the 2018 auction and he had a decent season with them. The most notable thing about his batting is his impressive strike rate which is in excess of 137 with his highest being 90*. He can play the role of a finisher as well and that is why he can be a great fit at the SRH camp.

Let’s face it, Deepak Hooda has run out of time. Showing promise is different from producing results and unfortunately Hooda has only done the former. Tripathi has established his big hitting prowess and has shown that he can perform on a consistent basis.

SRH are desperately in need of an established and a consistent finisher, and Rahul Tripathi can take up that role easily. Moreover, the SRH management also let go of Yusuf Pathan so that means they need a finisher more than ever. It might not be a bad option for them to go for Tripathi in the upcoming auction.

The spinner from Karnataka has this Mystery-Tag associated with him. His action resembles the Sri Lankan legend, Ajanta Mendis. Varun Chakravarthi is known to experiment with his variations and has been impressive with his displays in the domestic circuit.

He was a net bolwer for KKR in 2017 where he worked with Sunil Narine and Kuldeep Yadav. Following the end of the season he remodelled his action and added some new elements to his bowling. He was a hot property in the TNPL draft and he lived up to his reputation by picking up 9 wickets with an impressive economy of 4.7.

He was snapped up KXIP in the 2019 auction but he featured only one game for them. He went for 35 runs in 3 overs including a very expensive first over. His mystery brings a new dimension to any team that he is a part of.

Varun CV can be a perfect partner to someone like Rashid Khan and a suitable backup for Shahbaz Nadeem. SRH should look to bid him and with Muttaih Muralitharan in their coaching staff, Varun Chakravarthi can be groomed to be a potent force under his watch.