The West Indies side seem to be getting back it’s old mojo. Well, it may not exactly be like the 70s yet but there’s a definite resurrection in terms of fast bowling. While the likes of Kemar Roach, Jason Holder, Shannon Gabriel and now, Alzarri Joseph are common names these days, there is a certain […]
By Sahil Jain Wed, 1 Jul 2020 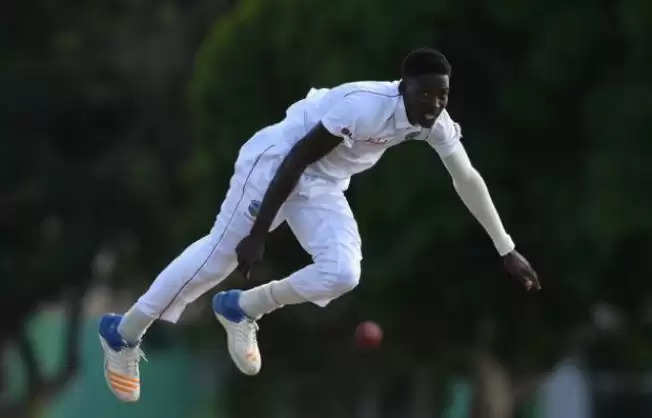 The West Indies side seem to be getting back it’s old mojo. Well, it may not exactly be like the 70s yet but there’s a definite resurrection in terms of fast bowling. While the likes of Kemar Roach, Jason Holder, Shannon Gabriel and now, Alzarri Joseph are common names these days, there is a certain Chemar Holder who is pushing his case to be listed alongside those names.

Here is a young, exciting fast bowler who has made excellent first impressions almost everywhere and in every format, he’s played. Over the last year, his stocks have risen. He could well be among the best five or six fast bowlers currently in West Indies. He’s been knocking on the door of the national side for a while now and he’s finally got his chance. The 22-year-old Barbados quick has been picked for the upcoming three-match Test series against England in the United Kingdom (UK). There is little doubt that he will be one of the young talents to watch out for.

It was back in 2016 and it was more on luck that Chemar Holder first came into the spotlight. The then 17-year-old had been called upon as an injury replacement. He flew for the 2016 Under-19 World Cup midway through the tournament. Obed McCoy suffered an injury before the knockouts and Holder had to be flown in.

In July 2015, Holder had a rather sedate and underwhelming regional Under-19 tournament for Barbados. He picked just three wickets from four games. In January 2016, he made his List ‘A’ debut. He played four games in that tournament as well and starred in one game where he picked up 5/19 against the Windward Islands. It was that performance that caught the selectors’ eyes and made them take notice.

And when the opportunity came up, Holder was there to grab it with both hands. The Barbados fast bowler who had the ability to generate bounce and get the new ball to nip around landed in Dhaka just a couple of days before the West Indies’ quarter-final clash against Pakistan. The youngster hardly showed any signs of jetlag as he went straight to practice as the then West Indies Under-19 team manager Dwain Gill revealed. 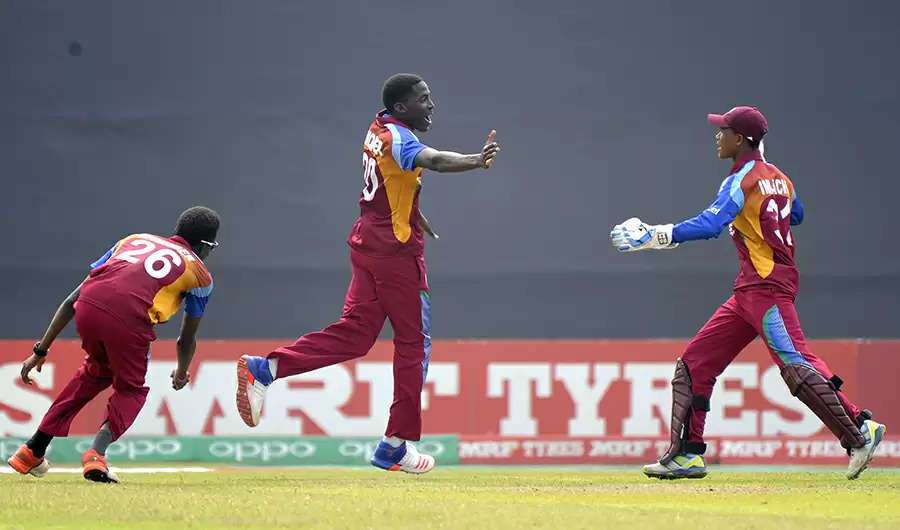 And in all of the three knockout games in that Under-19 World Cup, Holder opened the bowling and made a significant impact. He might’ve picked just five wickets from three games. However, it was the pressure he built from his end that made the difference. He formed a lethal new-ball pair alongside Alzarri Joseph and troubled the opposition batsmen.

No one would’ve even guessed that Holder was playing his first three Youth ODIs or any game in West Indian colours. He stepped up beautifully and played a big part in West Indies’ success and them being champions in that 2016 Under-19 World Cup. However, those three games were all that Holder played at the Under-19 level. Three games, five wickets, economy of 3.03 and an Under-19 World Cup winner.

After that brief, yet important Under-19 success, Holder wasn’t around the scene for a couple of years. There was hardly any news of him till he made his first-class debut in January 2018. And once again, he announced himself with a bang. Partnering Kemar Roach and Miguel Cummins in the Barbados pace attack, Holder stole the limelight as he picked eight wickets, including 5/57 in the first innings on first-class debut against Guyana.

Holder played just two games in his maiden first-class season in the four-day domestic tournament in the Caribbean. After his stunning debut, he did have a year of underwhelming performances. He picked up just two wickets in his second game before picking up seven wickets from four first-class games in the 2018-19 season. His One-Day performances went up and down as well.

However, the last 12 months have been pretty fruitful for the young fast bowler. Holder seems back to his best and has been around the West Indies and West Indies ‘A’ circuit for a while now. Last year in August, Holder was a part of the West Indies ‘A’ squad which faced a strong India ‘A’ side in four-day matches. In three games, he troubled the Indian batsmen and picked up 15 wickets, the joint-most in the series. He picked up just one five-wicket haul but was consistently picking wickets throughout the series.

In the four-day domestic Championship in the Caribbean, Holder was the star with the ball. He ended up with 36 wickets which was the most by any fast bowler. He averaged 18.91 and was taking a wicket once in less than six overs.

Chemar Holder ended the WI Championship with 36 wickets for Barbados Pride! Check out this 5 wicket haul in round 6. #WIChamps pic.twitter.com/HuY4TMbbOo

How important is this series for Chemar Holder?

It’s the first national call-up for Holder. He might be a bit below in the pecking order with the likes of Kemar Roach, Shannon Gabriel, Jason Holder and Alzarri Joseph seemingly ahead. However, we’ve seen life and cricket can be very unpredictable. With Jason Holder nursing an ankle injury and Gabriel returning from a knee injury and having a tendency of being wayward and expensive, Holder might just have a Test debut in the horizon. Holder might be around for a while and you might hear the name quite a bit in the coming years. The 22-year-old pacer will be keen on making a big impact straight away, just like he did on his first-class debut.

Moreover, being in the Caribbean, there’s always a temptation of playing T20 cricket and taking part in big T20 leagues all around the world. Holder has played just four T20s so far which spanned across two Caribbean Premier League (CPL) editions (2018 and 2019). He will definitely play a lot more T20 cricket in the coming years but he needs to do well in Test cricket as well.

Holder has an impressive first-class and List ‘A’ record. In 19 red-ball games, the fast bowler has 76 wickets. Moreover, he has a strike-rate of 41.7 and has picked up five fifers as well. He picked up 5/54 against India ‘A’ in the second Test for West Indies ‘A’. In fact, in the same game, he picked up the wickets of India Test regulars, Mayank Agarwal and Hanuma Vihari, both twice. He took three fifers, including a 10-wicket haul in the 2019-20 domestic season (four-day tournament) for Barbados.