Bangladesh cricket has been on the rise for some time now. However, there are quite a few players who have shown great potential and caught everybody’s attention before making you pull your hair with inconsistency. Liton Das is one such player. He has been around for almost five years now but it’s surprising that a […]
By Sahil Jain Wed, 4 Mar 2020 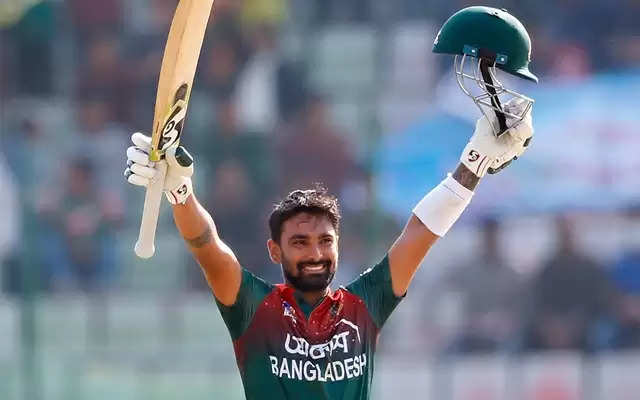 Bangladesh cricket has been on the rise for some time now. However, there are quite a few players who have shown great potential and caught everybody’s attention before making you pull your hair with inconsistency. Liton Das is one such player.

He has been around for almost five years now but it’s surprising that a player of his calibre hasn’t really cemented his spot in any of the formats. He averages over 48 in first-class cricket, nearly 40 in List A cricket and just over 20 in T20 cricket. He’s known for getting big scores and having a fine temperament, yet his career has never taken off to the skies.

He made you scratch your head with the fluency and the starts that he would get. He simply couldn’t go on and get big scores. Das was constantly in and out of the side as a result of his inconsistency. Forget in and out of the side, Das hasn’t had a fixed batting position even when playing for the side. He’s floated around almost everywhere in the batting order. He’s opened the batting, he’s batted at 3 and also in the middle-order.

In fact, it wasn’t until his maiden century which came in the 2018 Asia Cup final that he first converted a start into anything substantial. It did come in the absence of frontline openers like Tamim Iqbal but it finally seemed like Liton Das had finally arrived. But that wasn’t enough either to earn him a long enough run.

A poor start to the year 2019 meant he was once again in and out and up and down the order. But he showed his ability in the 2019 World Cup where he scored 184 runs at an average of 46.00 and a strike-rate of 110.17. However, he missed the subsequent series against Sri Lanka due to his wedding and since then, Bangladesh haven’t played 50-over cricket.

Das has already made a statement in his first ODI game of the year 2020. The wicket-keeper batsman scored a fine 126 off 105 balls before he hobbled off the field due to a hamstring injury. But he showed great temperament and versatility. And it’s not the first time he’s done it.

Das has been one of the best Bangladesh batsmen in terms of average and strike-rate. There is no Bangladeshi batsman who has a better strike-rate than Das’ 109.57 since the start of 2019. His average of 48.62 is the second-best only after Shakib Al Hasan in the same period. And there’s hardly anyone that has taken note. The 25-year-old has been quietly taking big strides in international cricket.

The way he’s pacing his innings in the recent past has been excellent. Das hasn’t really gone searching for the slogs or boundaries like he used to before. This is a much more matured Liton Das and he’s a changed player. He bides his time in the middle and waits for the bad delivery to put it away.

“I have certainly changed over the last two years. Now I know that I have to stay at the wicket for 30 overs if I want to score a hundred in international cricket. I want to play normal cricket for 30 overs. I won’t try to push myself and will only hit if it is a loose ball. Otherwise, I will play for singles and twos, and my main aim is to play for 30 overs now,” Das was quoted saying after Bangladesh’s win in the first ODI against Zimbabwe.

Das used this strategy and took field in the first ODI against Zimbabwe. He didn’t score a single boundary until his 46th delivery of the innings. But that got him going as he smoked 13 fours and two sixes in the next half of his innings and picked up pace as the innings progressed.

The Dinajpur-born wicket-keeper bat showed that he has the ability to score equally against pace and spin. In fact, he is equipped to play even express pace and can bat in different situations and conditions as well. There are very few players who can accelerate and change gears like Das in the Bangladesh setup. That in itself makes him a big element in their future plans. Moreover, not everyone is as fluent against all kinds of attacks in their batting group.

Conversion may still be a problem as he’s consistently got starts but has just one hundred and two half-centuries since January 2019. But Das is one that should be backed. He’s shown excellent versatility. He was batting down the order last year, he’s back at the top this year and yet, it hasn’t really affected his game too much.

Liton Das is here to stay and Bangladesh need to back him. He’s shown enough to warrant a place every time Bangladesh take the field.