How do you stop yourself from constantly recalling the events of the 2019 World Cup semi-final, whenever India plays a knockout match in an ICC tournament from now on? More so, when the opposition is the same one which inflicted the wounds in the first place. As India’s batsmen gear up for the World Test […]
By Naman Agarwal Wed, 16 Jun 2021 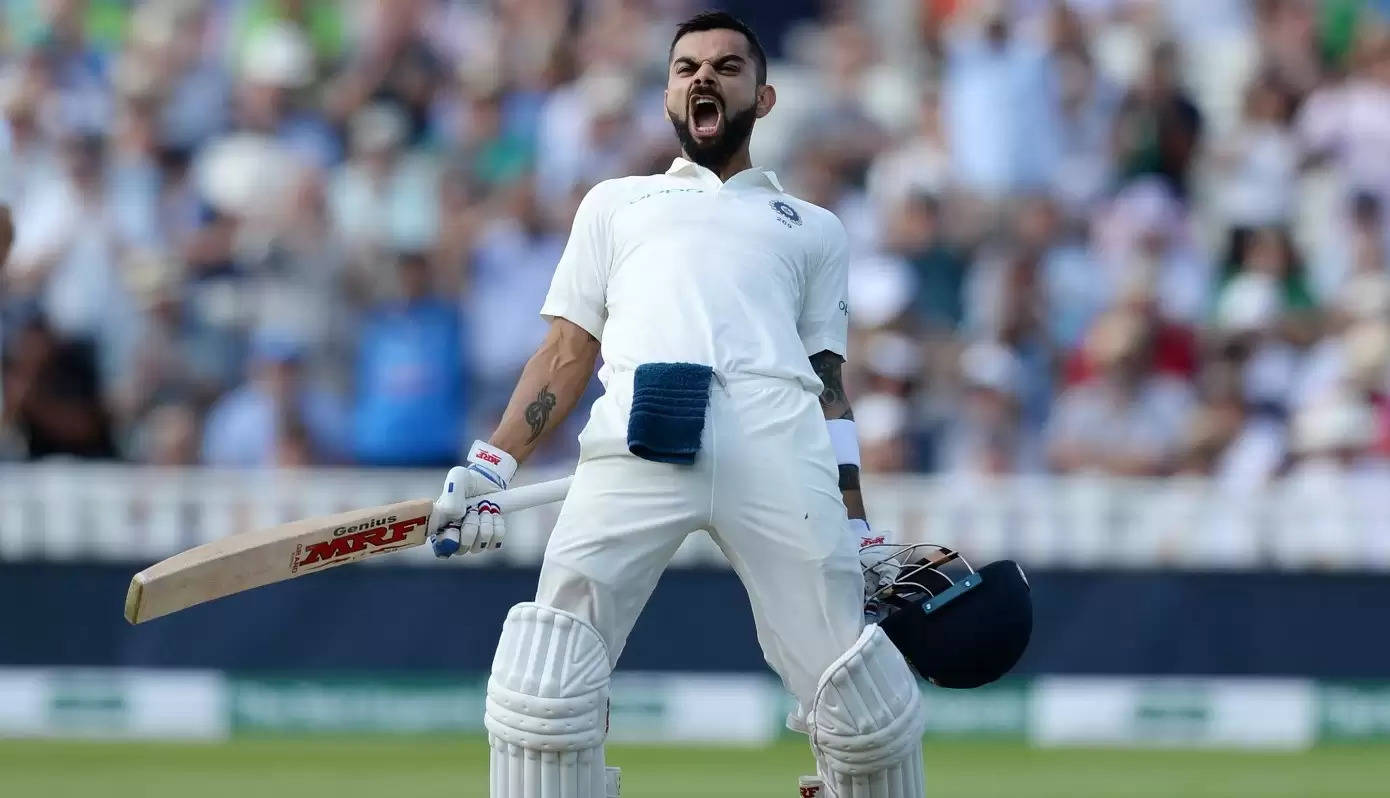 How do you stop yourself from constantly recalling the events of the 2019 World Cup semi-final, whenever India plays a knockout match in an ICC tournament from now on? More so, when the opposition is the same one which inflicted the wounds in the first place. As India’s batsmen gear up for the World Test Championship Final to face their toughest challenge in international cricket right now, let’s try to look at how each of them has fared in Test cricket in the last 5 years to get an idea as to what to expect in the final.

To give you a very brief idea about the WBA and how it can be interpreted, if the difference between the overall WBA and the overall traditional average is positive, it means the batsman’s generally scored big in matches where either the conditions have been difficult to bat on or the opposition has been weak; and if the difference is negative, it means the batsman’s bigger scores have generally come in matches where run scoring has been easier for both teams. Similarly, if the difference between the innings-wise WBA and innings-wise traditional average is positive, it means the batsman has generally scored big in innings where his team hasn’t, and if it is negative, it means his big scores have come in innings where his team-mates have piled on the runs as well. With that in mind, let’s dive into the ocean of numbers and see what we can find.

Fig 1 shows the overall stats of Indian batsmen in the last 5 years and the stats in England and New Zealand combined. [The tables are all interactive and you can sort them on any column you like to get a better understanding.] Here are some of the most important observations:

Jadeja’s massive negative difference between WBA and traditional average can be explained by the fact that he has had 6 scores above 70 in the last 5 years, and the match average for those matches except his contributions, have been more than 30 barring one match where the match average was 29.5. To put it in perspective, the overall average in all Test matches which India have played in the last 5 years, has been 30.73 runs per wicket. This shows that most of Jadeja’s better innings have come in matches where batsmen have scored more in general and batting has been easier. That doesn’t take anything away from him though. You don’t expect a number 7 (and occasionally a number 8) to score big when others in the match haven’t, anyway.

Meanwhile, Rohit’s slightly better WBA as compared to his average, shows that his big scores might have come in either tough conditions or against weak opposition. And both are true. His highest score, 212, came against South Africa on a pretty flat track in a series where they didn’t compete. Whereas his 3rd highest score, 161, came against England on a dustbowl, where not a lot of other batsmen scored much. Kohli and Pujara, meanwhile, both have a positive difference of more than 2.4 in England and New Zealand. Couple that with the absolute values of their WBA, which stand at 47.47 & 37 respectively, and you’d know that they have been the rocks on which Indian batting has stood overseas.

The concerning thing among these numbers though, are Rahane and Pant’s averages in New Zealand and England, and Rahane’s overall average of 39.52. In comparison, the overall average of the top 5 batsmen of India, Australia, England, New Zealand, South Africa, and Pakistan in the last 5 years has been 38.49. Rahane has been, well, pretty average. And while that would be considered okay in teams which are struggling like England, or teams which are in a transition phase like South Africa, it is not a sustainable arrangement in a team which is arguably in its best phase ever.

While Pant’s career is still very young and has already had a massive upgrade in the last six months, where he has added stability to go with his natural explosiveness, Rahane has been typically on and off. The Indian vice-captain is at a major cross-road in his career now. The first phase of his career showed signs of a batsman who could potentially end up being one of India’s best. But since then it tapered off real quick. While his average of 43.8 in the World Test Championship signifies that he has regained at least a part of his lost mojo as a batsman, he needs to, at the very least continue with a similar average from here on, if not get it closer to 50.

Moving on to the innings-wise stats, let’s have look at some of the most noticeable numbers from Fig 2.

The average of the top 7 batsmen of India, Australia, England, New Zealand, South Africa, and Pakistan in the 1st innings of Tests in the last 5 years has been 41.81, and that in the 2nd innings has been 31.12, putting the average difference at around 10.7. Kohli and Pujara’s average differences are more than twice this number. But these numbers on their own are misleading. While they do show the obvious difference in the volume of runs scored in the 1st innings as compared to the 2nd innings, they do not necessarily mean that Kohli and Pujara have been poor in the 2nd innings.

Look at the baseline 2nd innings average in this period mentioned above — 31.12, and then look at their absolute 2nd innings averages — 42.59 and 32.55. If anything, this shows how simply extraordinary they’ve been in the 1st innings, for their averages to drop by more than 20 runs in the 2nd, and still be above the baseline average of the top 7 batsmen of the best teams in this period.

When you couple Rohit Sharma’s 2nd innings average of 50+ with his 1st innings average of almost 65, you’d get an overall average of almost 60, making him the second highest averaging Indian batsman, only marginally behind Kohli. Although there have forever been question marks regarding his Test credentials and his unfulfilled potential in the longer format, numbers show that Rohit Sharma — the Test batsman — has clearly arrived. Yes, he hasn’t played much overseas, as can be seen by the absence of his name in the red colored rows of Fig 1 and Fig 2. Yes, the next couple of months will go a long way in defining his legacy as a Test batsman. But it’s high time that the narrative shifts from what “he can do” to what “he is doing”.

Rohit is also the only batsman to have a positive difference both overall, and innings-wise. If you’d have read the piece on Weighted Averages of New Zealand’s batsmen linked above, you’d know that this puts him in the ultimate crisis man category. Something you’d not associate with him usually in Test cricket.

The most important points to take home though from Fig 2 are points 4 and 5 mentioned above. The fact that all but one Indian batsmen have a positive difference between 1st innings WBA and 1st innings traditional average in England and New Zealand, shows that the batting rarely fires collectively in those conditions. When one scores big, he rarely gets support from others, leading to an increase in the 1st innings WBA. And similarly, the fact that all but two batsmen have a negative difference in the 2nd innings, shows that even the individual brilliance that is seen by the Indian batsmen in the 1st innings, rarely occurs in the 2nd innings.

Only Kohli and Rahul have averages above the average of top 7 batsmen of the the best teams(same filter as applied earlier) in England and New Zealand in the 2nd innings in the last 5 years — 37.43 and 41.6 respectively as compared to the baseline average of 32.8. And around 75% of Rahul’s 2nd innings runs there have come in one knock.

While India’s bowling has reached heights not seen before in the last 5 years, the same can’t be said for their batting, especially in England and New Zealand. Even Kohli’s returns in the last two years have dropped by his standards. Pujara has been solid as ever, but the volume of runs has reduced for him as well. And the enigma of Rahane, the batsman, has already been described in great detail.

The World Test Championship Final and the following England series will provide a lot of challenges, as well as a lot of opportunities to everyone in this batting group. For India to compete, the batters need to come together and consistently put up totals of above 300. Whether they are able to do that or not, will go a long way in defining the results on this tour, and the legacy of this team. If they do, it will stamp the authority of this Indian team as one of the best if not the best ever, without any asterisks.

First things first though, they will be up against Southee, Boult, Jamieson, Wagner and possibly Henry come the 18th of June. The last time Indian batsmen faced New Zealand’s bowlers in a knockout match of an ICC tournament, chaos ensued. This time, they will be keen to not let history repeat itself.