Watch: Rahul Dravid's hilarious attempt at avoiding the word 'sexy' in press conference ahead of Ind vs Pak Asia Cup 2022 fixture is winning the internet

Rahul Dravid was speaking about the bowling group, when he nearly said 'sexy' out loud before holding himself back.
By Staff Writer Sun, 4 Sep 2022 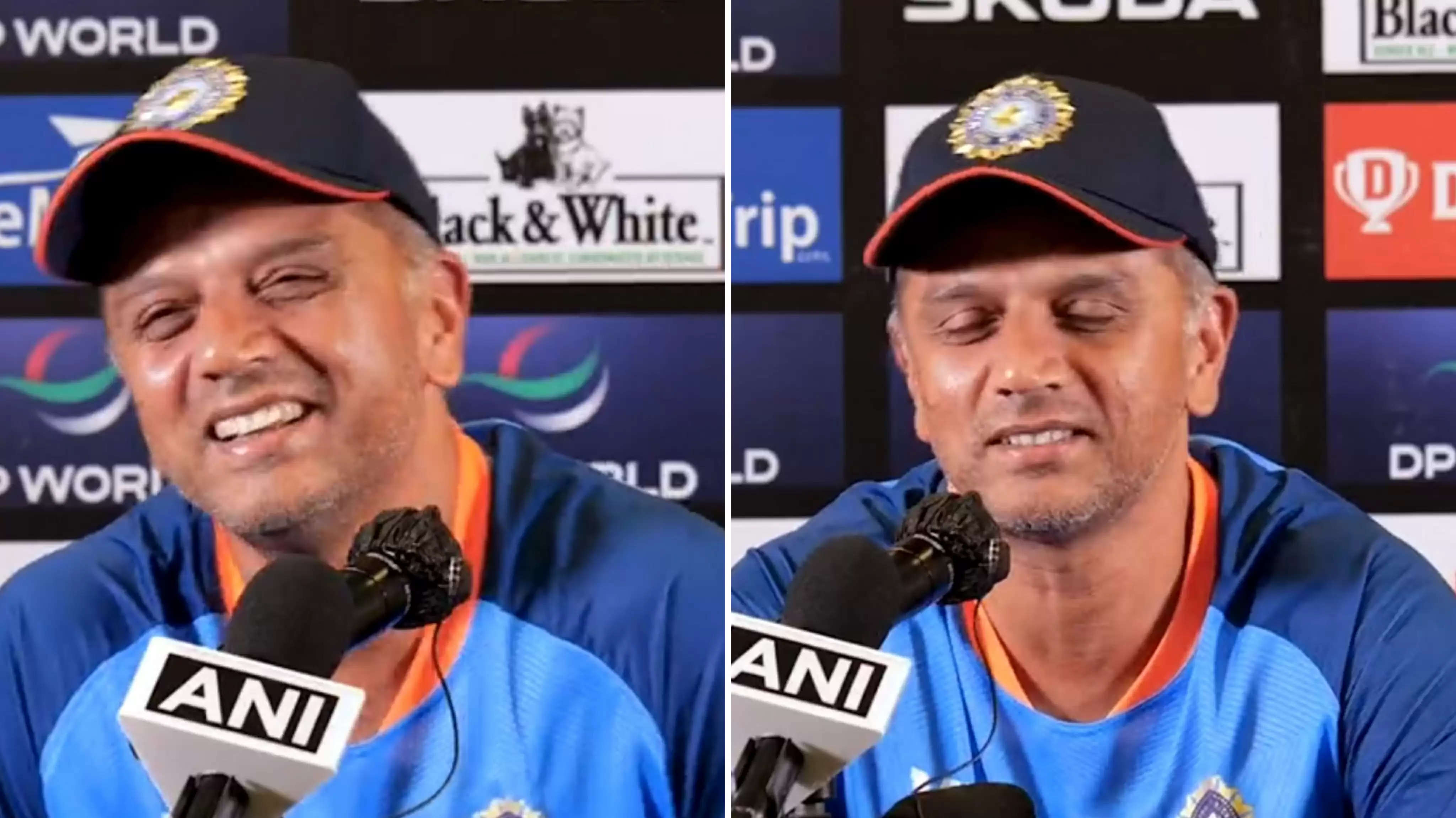 Rahul Dravid's hilarious attempt at avoiding the word "sexy" in a press conference is winning the internet.

Speaking about India's and Pakistan's bowling group, Dravid said that India's bowlers are effective too like Pakistan's. He went on to say this:

"I am very confident that we have a good bowling attack as well...that produces results. Might not be as....". Dravid paused here to avoid the word sexy. Promoted by a reporter as to whether that word is exuberant, Dravid hilariously shakes his head and says, "Not exuberant, no...it's a little bit...four-letter word, starts with S [laughs]".

"What I want to say is coming to mind, but I can't say it here," Dravid laughed and said.