Pakistan all-rounder Shadab Khan stated that even an out of form Virat Kohli instils fear among oppositions, and hoped for him to be back to his fluent best at the upcoming Asia Cup 2022.
By CX Staff Writer Sat, 27 Aug 2022 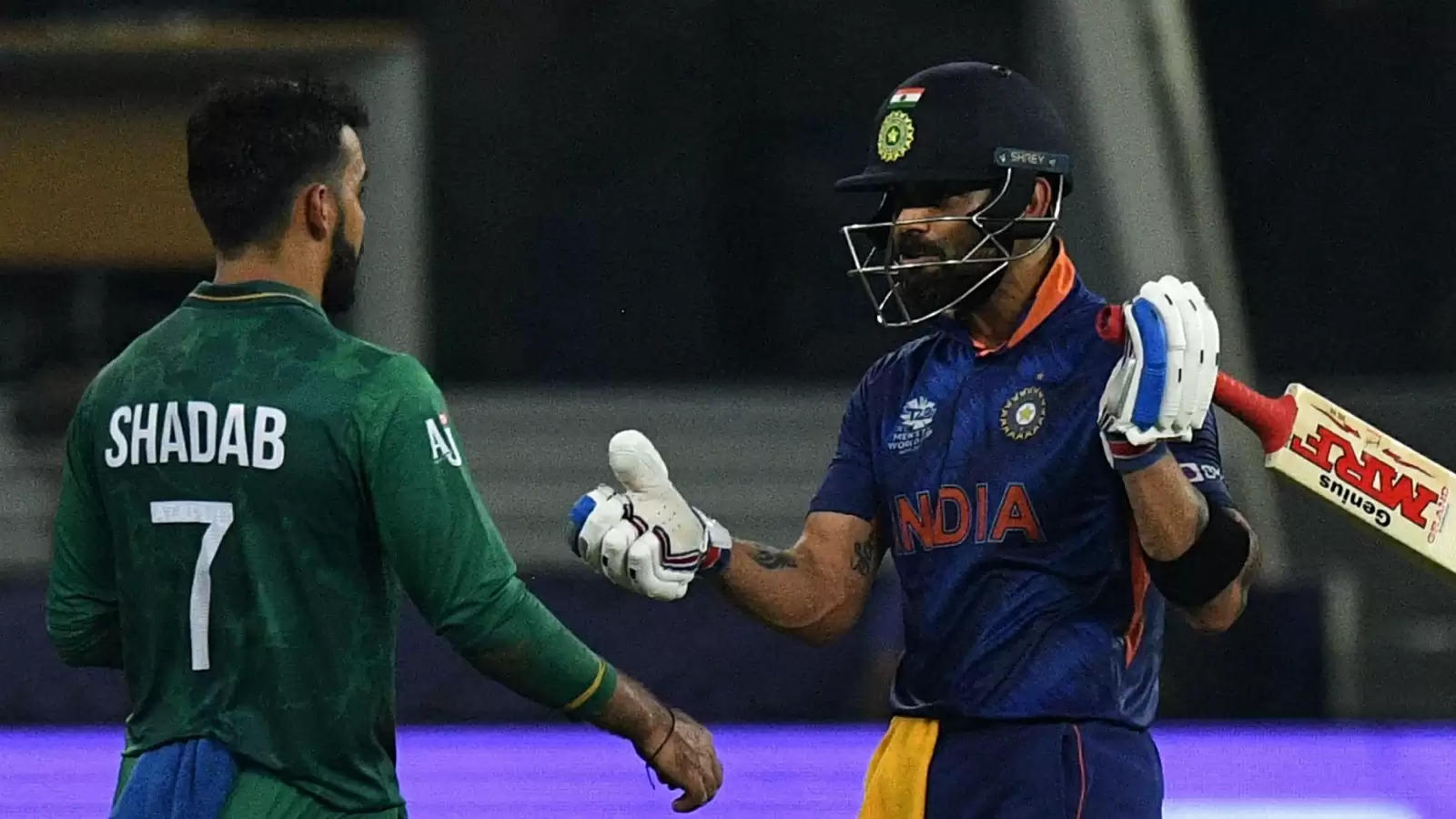 “I personally wish that he scores a century”

Virat Kohli’s form has been a much debated subject in recent times, and that continues to grow further with him set to return to action after a gap of over a month. Kohli had underwhelming returns in England across the three formats, and later opted to skip the white-ball tour of the West Indies comprising three ODIs and five T20Is.

While many former cricketers and fans feel that he is not quite the force that he once was, Shadab Khan, the Pakistan all-rounder maintained that Kohli is “a legend of the game”, and still scares the opposition with his presence at the crease.

“They (the former cricketers) don't play anymore, that's why they think that he doesn't instil fear,” Shadab said in a press conference on Friday, August 26. “He is a legend of the game, he has performed quite a lot. Whenever he comes, you are a bit scared because he is a big player. We don't want him to play a long innings against us.”

Shadab further wished for Kohli to score a hundred at the Asia Cup against any team but Pakistan.

“I pray that he returns to how he was. He is performing well even now, but the standards that he has set.. they make it feel as if he is out of form. I personally wish that he scores a century; not against us, but against some other team in this tournament.”

You already know the drama around Mohammad Hasnain's bowling action.

The Asia Cup 2022 kick-starts on Saturday, August 27, with Sri Lanka taking on Bangladesh in Dubai. India and Pakistan will face off the following day at the same venue.

Pakistan though, have been dealt with two injury blows as speedsters Shaheen Afridi and Mohammad Wasim Jr have been ruled out before the competition’s start, with Mohammad Hasnain and Hasan Ali being named the replacements.

While Shadab acknowledged that the team will miss their services, he set his focus on the team giving its best in the tournament.

“We will miss Shaheen and Mohammed Wasim,” said Shadab. “They are terrific players. But the beauty of cricket is that it is a team game, not an individual game. We will start afresh as this is a new match. What has happened is history now. We would like to perform the same way as we did. Definitely, we have a good team but it is not a champion team. We don’t worry about the result, we focus on the game.”