Najibullah Zadran played a game-defining innings in the third game of the Asia Cup 2022 in Sharjah on Tuesday, helping Afghanistan register a comfortable seven-wicket win over Bangladesh to romp into the Super Four round.
By Roshan Gede Wed, 31 Aug 2022 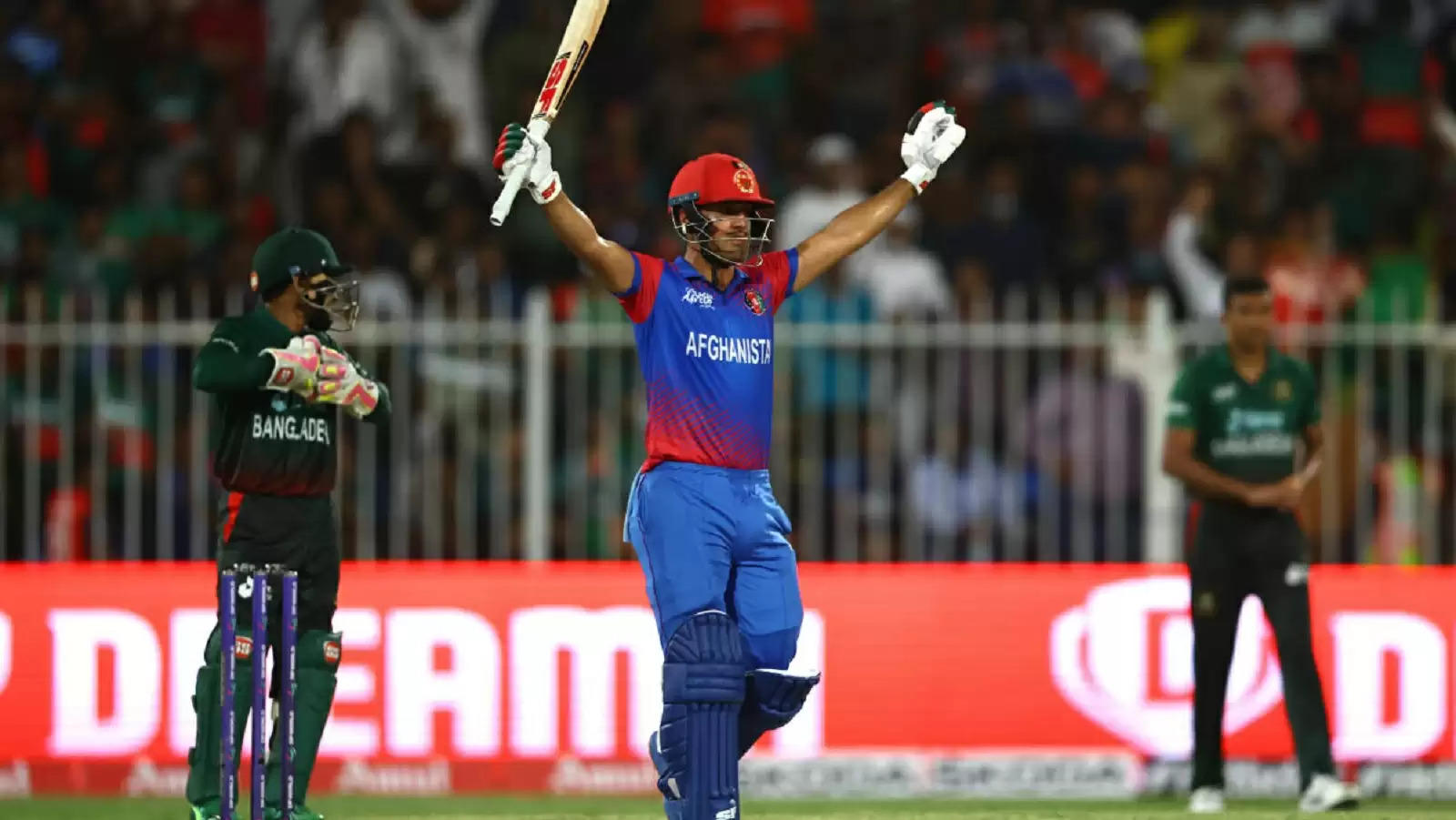 Zadran struck six sixes and a four in an unbeaten 43 off 17.

Afghanistan put on yet another impressive bowling show in the ongoing Asia Cup 2022, restricting Bangladesh to 127/7 in the allotted 20 overs on a fresh Sharjah wicket on Tuesday, August 30.

They had gunned down the 106-run target in mere 10.1 overs against Sri Lanka in the opener on Saturday, but the chase on Tuesday was far more challenging, with Shakib Al Hasan's restrictive four-over spell of 1/13 stemming the run-flow. Skipper Mohammad Nabi's dismissal to Mohammad Saifuddin left Afghanistan at 62/3 by the ne for 13th over, with them needing further 66 off 42.

With an Avg of nearly 40 and a SR of 142.37 after 53 innings, one may wonder what the fuss about KL Rahul's record is. Filter the numbers for India's sternest challenges, and worrying skew in his T20I numbers can be noticed.

It soon became 63 off 36, before the two Zadrans - Ibrahim and Najibullah - unleashed a game-defining counter-attack. Ibrahim struck consecutive fours of Saifuddin to release the pressure in the 15th, while Najibullah got going with a hoick over cow-corner off Mahedi Hasan. He followed that up with two blistering hits off Mustafizur Rahman in the next over - the first, an unusual swat-cum-pull over long leg, while the second came off a wristy flourish to a slower one, sailing over long-off.

He smashed another four and two maximums of Saifuddin's next, after Ibrahim had found the ropes earlier as Afghanistan were now within striking distance.

Fittingly, it was Najibullah with the winning hit - a neat strike downtown off Mosaddek Hossain rounding off an emphatic win.

Earlier, Mujeeb Ur Rahman (3/16) and Rashid Khan (3/22) ran through the Bangladesh line-up in the early half, before Mosaddek's 31-ball unbeaten 48 staged a revival.

Najibullah now holds a unique and impressive distinction among middle-order batters in T20I cricket. The left-hander, having aggregated 1,163 runs at 36.34 and a strike-rate of 142.17, betters all No.5 batters with a minimum of 1,000 runs from the position on both average and strike-rate.

Afghanistan now top the Group B in the first round of the ongoing competition. The Sri Lanka vs Bangladesh clash in Dubai on Thursday, September 1 would determine the second team to progress to the Super Four round from the Group.

India, who defeated Pakistan by five-wickets on Sunday, will play Hong Kong in the second Group A game at the same venue on Wednesday.