Sri Lanka team analyst was seen sending coded messages to captain from the dressing room, during the side’s second game at the ongoing Asia Cup 2022, against Bangladesh in Dubai on Thursday.
By CX Staff Writer Thu, 1 Sep 2022 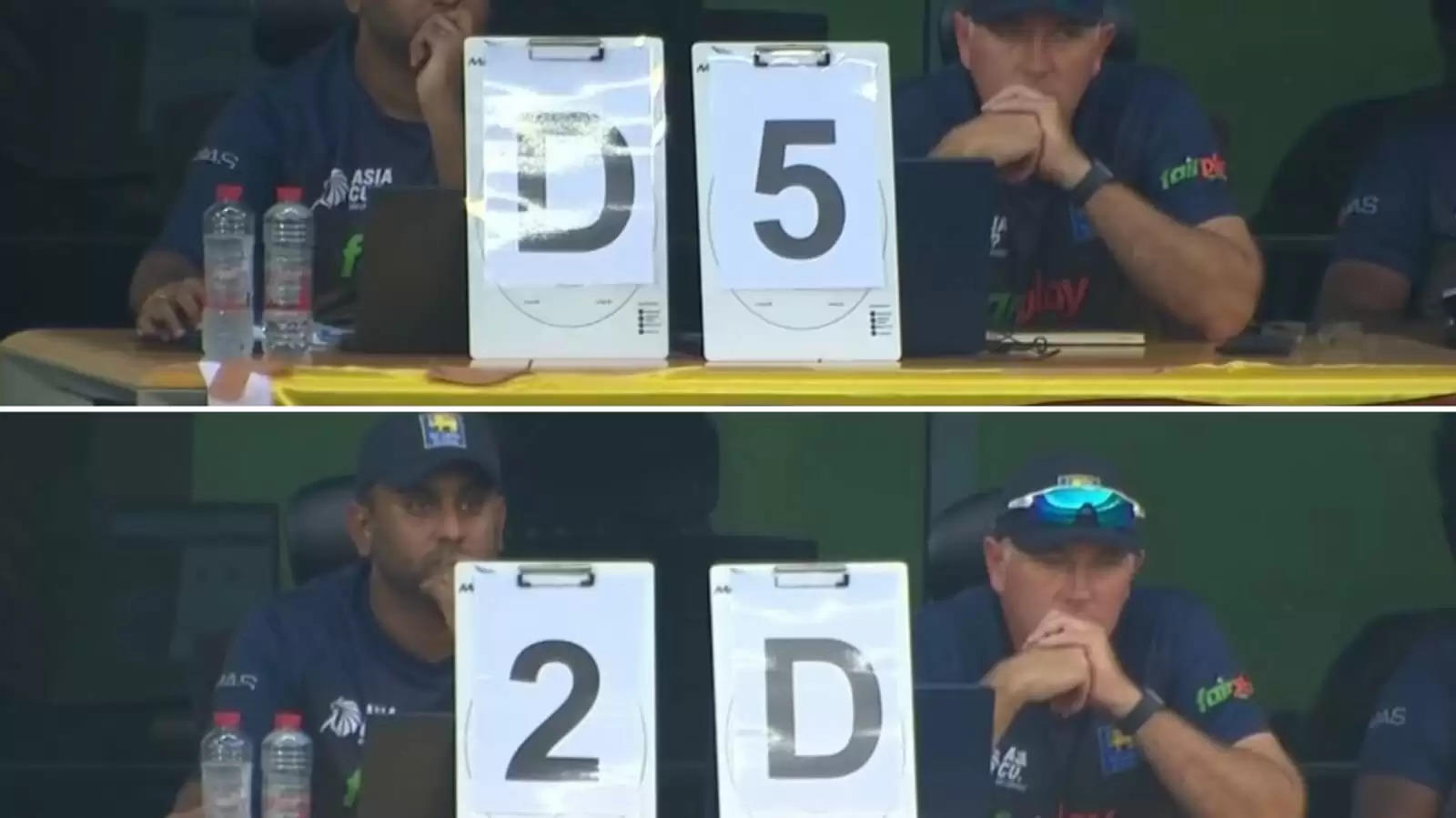 Sri Lanka are up against Bangladesh in a must-win Asia Cup 2022 encounter at the Dubai International Stadium currently. In a rare occurrence, the Sri Lanka cricket team analyst was seen sending coded messages to the on-field skipper Dasun Shanaka during Bangladesh’s innings, who were put in to bat.

The two messages had a number and the letter D, with each character on a different A4 sized paper attached to a writing pad for better visibility. The codes read “2D” and “D5”, with head coach Chris Silverwood by the analyst’s side.

Silverwood had done this previously, when he was the England coach, and the Kolkata Knight Riders coaching staff too, was seen employing the coded messages strategy during the IPL 2021.

Sri Lankan coach passing the information to the players on the ground, did the same when he was the England coach. pic.twitter.com/QeJOuFGxGz

Both teams lost to Afghanistan in their respective opening games of the competition, and the winner in today’s game will join Mohammad Nabi’s men in the the Super Four round.

Bangladesh, after having been restricted to 127/7 by Afghanistan in Sharjah on Tuesday, started off with great intent on Thursday, racing to 55/1 by the end of the powerplay. Sabbir Rahman, playing his first international game since September 2019, was dismissed caught-behind by Asitha Fernando in the third over of the innings, before Mehidy Hasan Miraz and skipper Shakib Al Hasan gave Sri Lanka bowlers a runaround.

Miraz was cleaned up by Wanindu Hasaranga after striking two fours and as many sixes in his 38 off 26, and Mushfiqur Rahim fell to all-rounder Chamika Karunaratne for 4 soon after.

Bangladesh were 85/3 from 10 overs at the time of writing, with Shakib joined by Afif Hossain at the crease.

Meanwhile, India have already confirmed their place in the Super Four round with back-to-back wins over Pakistan and Hong Kong respectively in Group A. The two latter teams will face off in the final game of the first round in Sharjah on Friday, with the winner to progress to Super Four.