Suryakumar Yadav and Virat Kohli reflected on their game-defining partnership against Hong Kong on Wednesday, August 31, and opened up on their approach.
By CX Staff Writer Thu, 1 Sep 2022 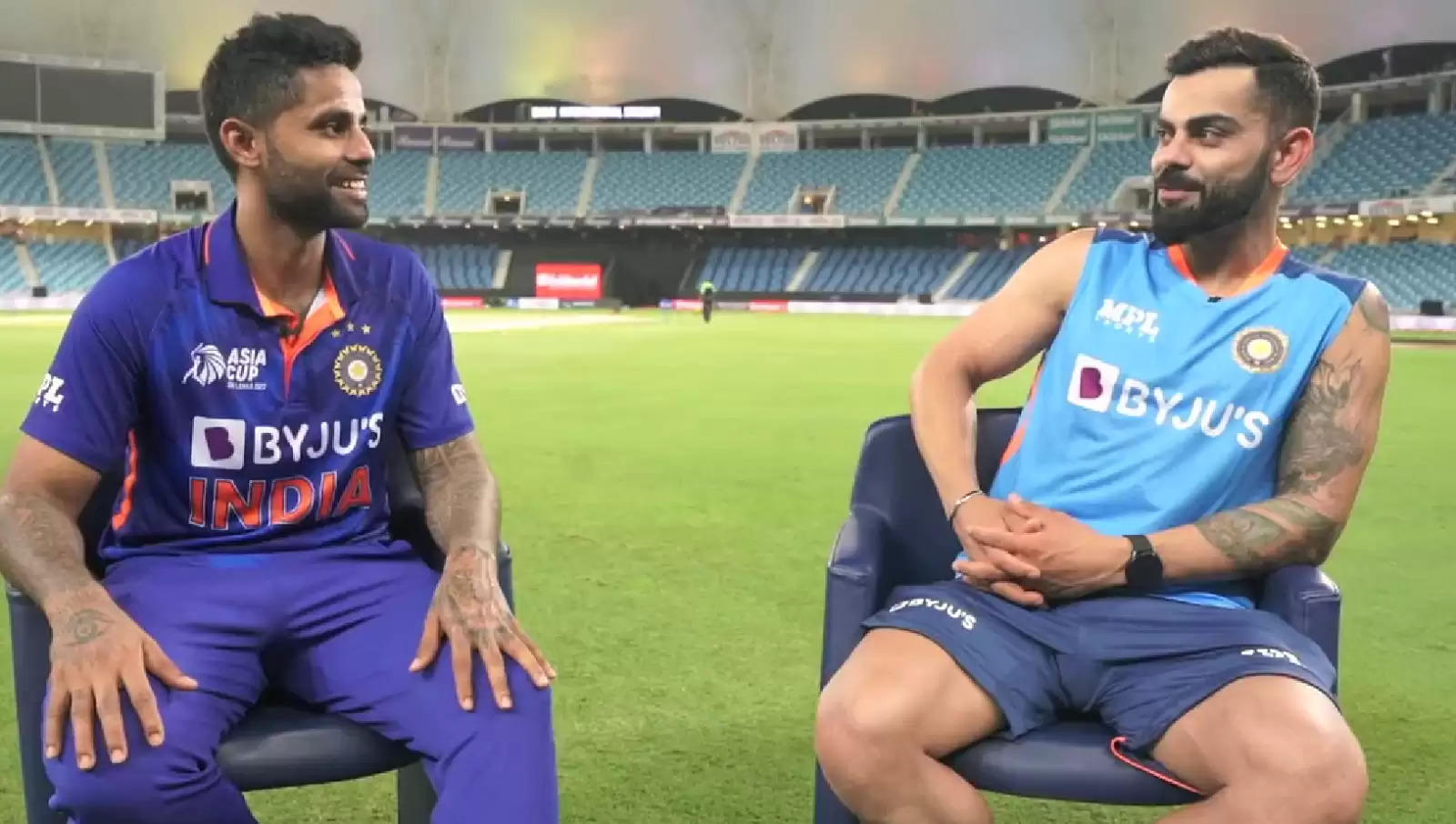 The pair added an unbeaten 98 in the last seven overs of the Indian innings.

India registered a comprehensive 40-run win over Hong Kong in their second game of the ongoing Asia Cup 2022 on Wednesday. Put in to bat, India managed 192/2 in the allotted 20 overs, which was made possible by Suryakumar Yadav, who struck a blistering 68* off 26 including six fours and as many sixes in an entertaining stay.

The experienced Virat Kohli too, played his part, anchoring the ship with an unbeaten 59 off 44, which was his 31st fifty in the format. The pair added an unbeaten 98 for the third wicket in the final seven overs of the Indian innings.

Suryakumar, the second-ranked T20I batter currently, opened up on his thought process and approach in the partnership, and emphasised the value of Kohli’s presence during a chat with the man himself in a video posted by the BCCI.

“Firstly I loved batting with him,” Suryakumar said pointing towards Kohli.

“When I was sitting inside with Rishabh, we were speaking about how do we take this game forward as the wicket was a little slow. When I went in to bat, I just tried to be myself…what I do and what I love doing. So, it was a really simple plan. Taking the first 10 balls, I wanted to hit three-four boundaries at that time. And when I got that I just kept batting.”

“At that moment, I knew I needed you there. That’s why I told you to just bat from one end. It will be easy for you to cover up later because I’ve seen you a lot of times. When you bat 30-35 balls, your next 10 balls you bat with a strike rate of 200-250. So it was important for me that you stay there so I bat freely till the 20th over.”

Kohli, who scored 35 off 34 in India’s last-over win over Pakistan on Sunday, reflected that his job was to stabilise the innings, and try and find the boundary whenever an opportunity presents itself.

“My plan was very simple as in the last game,” said Kohli. “I’ve come off a decent break, month and a half. Six weeks is a long time, especially at the international level when you get out of touch with the game. I came mentally fresh. So I really enjoyed my batting in the last game as well against a quality attack.

“I kind of got the pace off the wicket. But I knew my job was to kind of stabilise the innings and build a partnership with whoever I bat with. And in between, when the situation allows me to, then take a risk and hit a boundary every now and then.”

“When you came in, I told you I’m going to keep going, but when you started and gave me a clear indication of how you are feeling and my role immediately changed back to holding one end so that as you said that you could go out and express yourself almost every ball.”

The former India captain was also in high praise of Suryakumar, for his all-round hitting display.

“I was completely blown away,” Kohli said on Suryakumar’s innings. “It was a brilliant knock. To watch it from the other end…I’ve seen so many from a distance when you play in the IPL against us or that being done to a lot of teams but this was my first experience of watching it very closely.”

Sri Lanka will face Bangladesh in a must-win encounter in the next game of the competition in Dubai on Thursday, September 1. The winner will progress through to the Super Four round, with India and Afghanistan having already confirmed their top-finishes from their respective groups.