Virat Kohli lauded Babar Azam for his rise as a batter in world cricket and appreciated his character and attitude towards the game.
By Kashish Chadha Sat, 27 Aug 2022 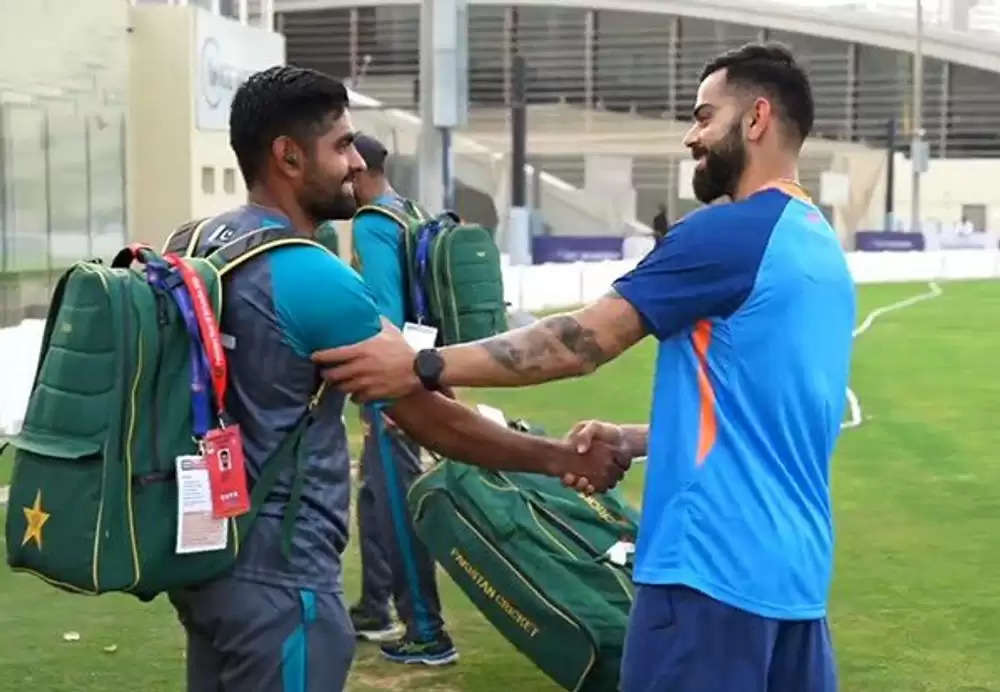 Virat Kohli was effusive in praise for Babar Azam and opened up on the repute they share as cricketers.

The glint in Babar Azam's eyes as he met the Indian great at the sidelines of a net session prior to the Asia Cup was reciprocated with a word of praise by Virat Kohli.

Kohli lauded the Pakistan skipper for being a modern-day giant with bat in hand and went to the extent of saying Babar is an individual with a "good foundation" to his upbringing.

The former India captain's remarks on Babar's attitude and nature were borne out of the "respect" with which his Pakistani counterpart has continued to greet him with over the years.

Virat Kohli acknowledged the "regard" Babar has always had for him even as he continues to rise through the ladder of the world's leading international batters for Pakistan.

Virat Kohli opens up on repute with Babar Azam

"I saw a lot of regard and respect from day one and that hasn't changed regardless of the fact that he is probably the top batsman in the world right now across formats, performing so consistently," Kohli said during an interview with Star Sports prior to the much-waited India-Pakistan encounter on Sunday (August 28) for the Asia Cup 2022.

Kohli holds Babar in high regards, too, for not changing his attitude and personality with success. "I have always enjoyed watching him. So that hasn't changed just because he is performing now and coming into his own," he said.

"I haven't seen his attitude or approach changing towards me which is a very good sign of someone with good foundation of his upbringing, his cricketing foundation is very solid."

And because he has his heart in the right place, Kohli foresees the future just as bright and successful as the present is for Babar. The India legend revealed he congratulated the Pakistan captain for his amazing run as a batter when he met him in Dubai.

"These kinds of players, characters go a long way and inspire a lot of people. I congratulated him on how he is playing and how amazing it is to watch him play. I wish him all the best. He deserves all of this (success). We need players like him to keep world cricket exciting," he said for Babar, who has been constantly compared with him throughout the Pakistan cricketer's journey at the highest level.