Deepak Chahar and Rishabh Pant were seen in animated discussions with coach VVS Laxman, who was umpiring during the team’s training session ahead of the Asia Cup 2022 in Dubai.
By CX Staff Writer Fri, 26 Aug 2022 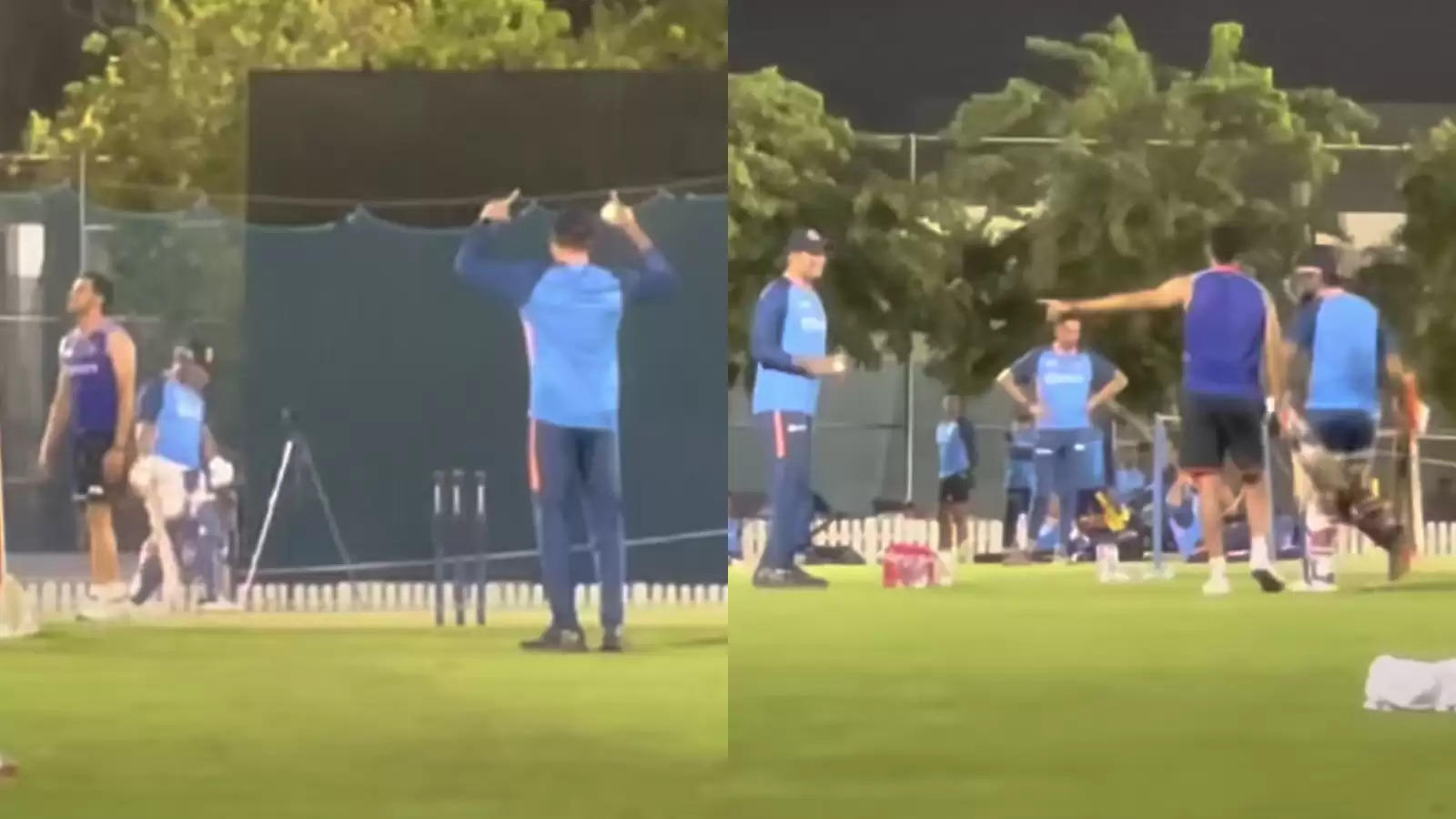 India begin their Asia Cup 2010 campaign against Pakistan in Dubai on Sunday, August 28.

India have been practising in full flow at the ICC Cricket Academy in Dubai, ahead of the Asia Cup 2022, which gets underway on Saturday, August 27.

While there were some interesting off the field moments, with Virat Kohli attending a die-hard fan from Pakistan, who had been earlier stopped by the security, and Rohit Sharma’s stylish entry to the field on a scooter bike, the action in the nets has been intense and competitive.

Virat Kohli giving spinners Yuzvendra Chahal and Ravichandran Ashwin a runaround with his range of strokes was the highlight of India’s practice session on Thursday, but there were other noteworthy incidents too.

Rishabh Pant was up against Deepak Chahar to practice his hard-hitting skills, with coach VVS Laxman standing as an umpire. Before the final ball of the one-over contest, the two players discussed the field, after which, Chahar missed his length and dished out a low full-toss and Pant unleashed a helicopter shot towards the deep mid-wicket region.

Laxman instantly signalled six, after which the bowler had a friendly argument over the call. Pant too joined, and the three were seen in animated discussions as they walked back.

Journalist Vimal Kumar, who posted the video, pointed out the intensity and the competitiveness among the players even during the practice sessions.

Laxman is currently serving as the team head coach in an interim capacity, after Rahul Dravid had been tested positive for covid-19 ahead of the team’s departure to Dubai earlier this week.

India, the seven-time Asia Cup winners, will begin their campaign against arch-rivals Pakistan at the Dubai International Stadium on Sunday.