Explained: Why was Deepak Hooda ruled not out despite a straightforward catch?

Deepak Hooda got a reprieve, having been caught off the first ball he faced in the Asia Cup 2022 Super Four encounter between India and Sri Lanka on Tuesday, September 6.
By CX Staff Writer Wed, 7 Sep 2022 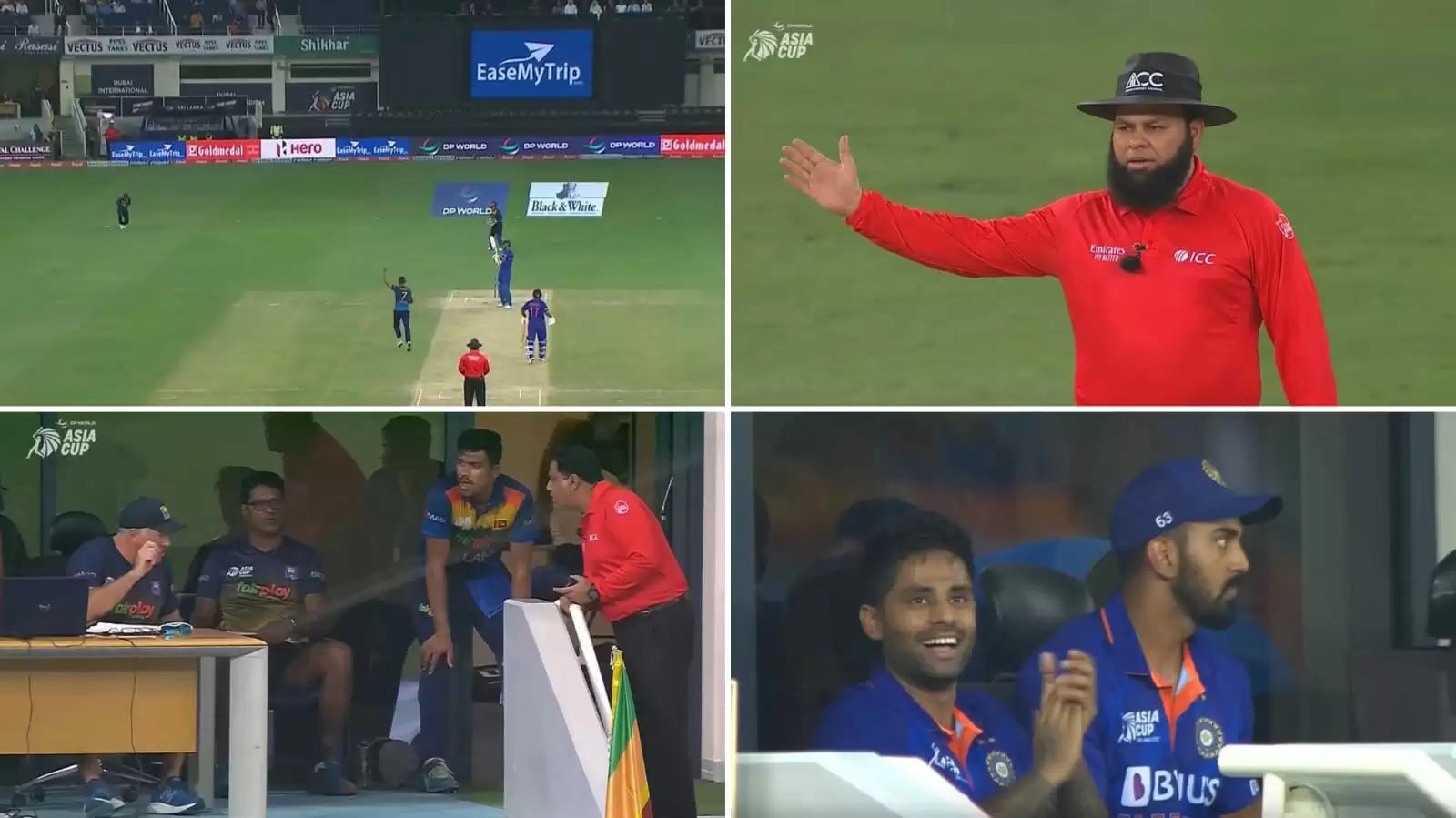 Sri Lanka skipper Dasun Shanaka had Deepak Hooda caught at short third-man on the very first legitimate delivery the right-hander faced in the crucial Asia Cup 2022 encounter between India and Sri Lanka on Tuesday. However, the right-hander got a reprieve, and was allowed a free-hit off the subsequent ball.

Hooda, having walked in to bat at the fall of Hardik Pandya on the third ball of the 18th over of the Indian innings was greeted with a bouncer first up, which was well down the leg-side to be deemed a wide. Shanaka persisted with the shorter length, and had the right-hander cramped for room, with him just spooning one to the short third-man fielder.

The bowler hadn’t overstepped, neither was the ball delivered directly above the batter’s waist. The on-field umpires, Paul Reiffel and Sam Nogajski though, got together for a quick discussion whether it was the second ball to be delivered above the shoulder height in the over. The decision was sent upstairs, and upon multiple viewing from two different angles, Rod Tucker ruled it a no-ball.

As per the regulations, only one bouncer per over is allowed in T20 cricket, and so Hooda got a reprieve on that count. The call, though, was marginal, and on-air commentators Wasim Akram and Russell Arnold stated that the fielding side were “unlucky”. The Sri Lankan coaching staff too, was unamused, with coach Chris Silverwood and others offering animated expressions.

Was that a fair call for a second bouncer in the over?#INDvSL #AsiaCup2022 pic.twitter.com/DTQ1m4Zkd0

Hooda would eventually be cleaned up by Dilshan Madushanka on the first ball of the next over for three, and he dismissed Rishabh Pant too, to round off a highly impressive spell of 3/24. The left-armer had earlier castled Virat Kohli with a peach for a four-ball duck, after Shanaka opted to bowl.

Skipper Rohit Sharma (72 off 41) was India’s standout batter on the day, striking five fours and four sixes during is stay at the crease.

Watch: Duck for Virat Kohli! Dilshan Madushanka cleans him up with a cracking inswinger in Asia Cup Super 4 Clash