World’s first officially licensed cricket NFT platform, Rario, has partnered with Caribbean Premier League (CPL) to ensure fans get an opportunity to own their favourite moments from the league.
By Staff Writer Sun, 10 Jul 2022 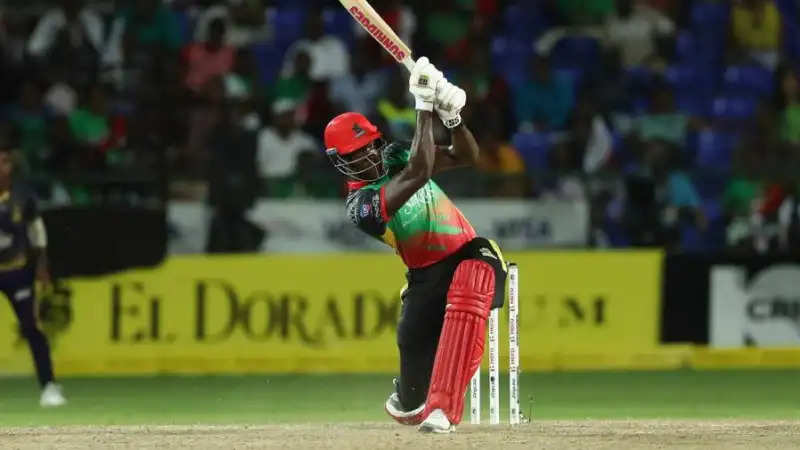 World’s first officially licensed cricket NFT platform, Rario, has partnered with Caribbean Premier League (CPL) to ensure fans get an opportunity to own their favourite moments from the league. In our series of articles, we are bringing to you the most iconic moments from CPL that will be available on Rario’s marketplace soon. In this piece, we take a look at best ones from CPL season 7 & 8:

Standing in the out-field is considered tough, especially in the shorter format of the game as batters usually eye boundaries in T20 cricket. So, unlike Test cricket, most of the spectacular catches in T20s are pulled off around the boundary ropes. But then, there are those rare moments where wicket-keepers fly to their right or left, making everyone say “Wow!”

In a similar case, Glenn Phillips hung onto a blinder in CPL 7. Devon Thomas was aiming to hit it through the mid-wicket boundary but the ball took a thick outside edge. Phllips, who had moved a bit leg-side after seeing the ball’s line, dived up in the air to his right to grab a stunner! The Kiwi wicket-keeper even himself looked in shock after pulling it off.

Cover-drive to pacers and sweep to spinners were seen as two of the most good-looking shots in cricket. But with the introduction of T20 cricket, everything changed. Nowadays, a batter has all kinds of shots– even the shots that are hard to be named. These new innovations have taken the game to the next level.

Rashid Khan, the Afghanistan cricketer who is better known for his leg-spin bowling, loves to be innovative even when he is batting. He keeps playing those unique shots, both in front and behind the stumps. In CPL 8, he played a one-of-its-kind shot. Alzarri Joseph bowled it full to him and he moved just slightly across and half-swung his bat for a maximum towards mid-wicket. It was a mixture of helicopter and sweep shot.

If six-hitting is an art, Chris Gayle surely is an artist. Bowl him on legs and he would dispatch it to mid-wicket or log-on boundary, bowl him straight and he would send you flying towards the sight screen and bowl him on the off, he would smash it towards extra-cover or long-off!

Gayle is the only cricketer in the world to have amassed over 13000 T20 runs and he did it in style. The Windies veteran launched a massive six in CPL 7 that landed on the roof-top of one of the stands at Sabina Park to bring up the 13000-run mark.

Whenever a bowler takes a wicket, there is a certain celebration that comes out, no matter what the situation is! And there are a few bowlers who take it to the next level. They celebrate quite differently and make it a habitual thing. The Windies cricketers are particularly known for their unique celebrations.

Sheldon Cottrell, the left-arm West Indies pacer, also has his unique way of celebrating every wicket. In CPL 2019, when he rattled Sunil Narine’s stumps with an in-swinging delivery, he gave him a tremendous send-off. The pacer lined-up for his signature salute celebration before cheering the dismissal with other teammates.

“Carlos Brathwaite, remember the name!” Have you heard this line before? Well, who hasn’t! Carlos Brathwaite, the West Indies all-rounder, earned himself a name for hitting massive sixes for his team on several occasions. He has played some magnificent knocks in CPL as well.

But one of his most heroic performances came in CPL 7 when Tribango Knight Riders and St Kitts & Nevis Patriots were up against each other at Warner Park. He first scored a quick-fire fifty to take the game to the super-over. Then in the crunch situation, he fired 17 off 5 balls and then gave away only 5 runs in the super-over to script the victory for his side. He celebrated the win in an epic style.