Rario has gone live with D3.Club, the newest Cricket Strategy Game ahead of the 2022 edition of the Caribbean Premier League which begins on September 1.
By Staff Writer Wed, 31 Aug 2022 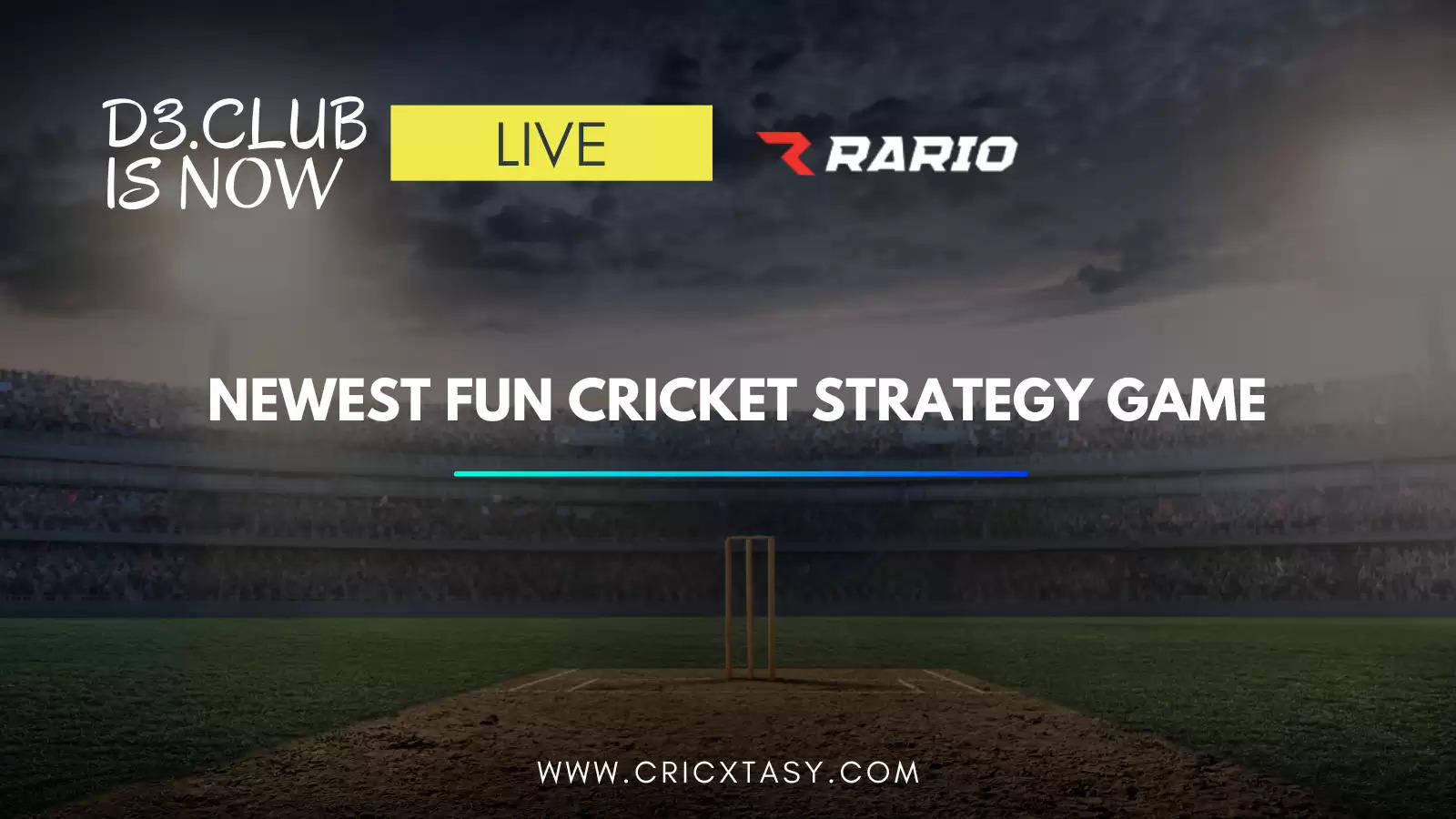 Rario has now introduced a Cricket Strategy Game- d3.club- the world’s first ever officially-licensed cricket NFT contest with prizes upto $125K (₹1CR) to be won, ahead of the CPL 2022 season which begins on September 1.

The Rario Moment NFTs have been enabling cricket fans to win their most cherished moments from the game and add to a treasured collection. Now, through the all-new Player Card NFTs, users can win handsome rewards by contesting in the new Cricket Strategy Game.

Here’s everything you need to know about the Cricket Strategy Game:

How do you play the game?

The Cricket Strategy Game can be played using Rario Player Card NFTs, which are unique NFTs of cricket players and can be accessed through ‘Pack Drops’ or the ‘Marketplace’.

You need to own player cards in order to play the different contests on the d3.club. There's the Starter, Expert and Elite contests for users to join with each having its own set of criteria.

What if you don't meet the Player Card requirements?

If you missed the Player Pack Drops, it is likely that you either don't own player cards or do not have the cards needed to win contests. There's always the Marketplace to bank upon to buy new player cards from the game you wish to play under the different tiers - Bronze, Silver, Gold or Black.

If you do own a player card you don't need, you can sell it on the marketplace and get a new one.

Wait, but what is a Pack Drop?

What rewards are on offer?

You can join contests daily for free & win rewards up to ₹1 Crore($125K)! Wow, that's huge, but that's not all. Check out the D3.Club to know more about the rewards.

How to play the game?

In the Rario Cricket Strategy Game, a player has to build a team of 3 players from his vault of cards in a match. The set should have at least one batter and one bowler representing different sides.

The team is to be made and entered in contests, which are of varied levels. Each contest is free with the possession of Rario Player Card NFTs being a prerequisite. Once a match of choice is made, the user has to enter a contest and create a trio of players which he thinks is the best.

The players’ performance from within a team determine the user’s points. The number of runs scored, boundaries hit, wickets taken, run-outs effected, catches grasped, and other such achievements during a match add to the points tally. Unlike other fantasy games, here you get points from the category of player card and XP. These points are pitted against competitors from relevant contest, with the top performers progressing to the winning zone.

Once the users have cards in their vault, they can use them to play contests in as many matches as desired across cricket leagues and tournaments, free of cost.