Veteran pacer Ravi Rampaul finished as the highest wicket-taker in CPL 2021 with 19 wickets to his name.
By CX Staff Writer Tue, 19 Jul 2022 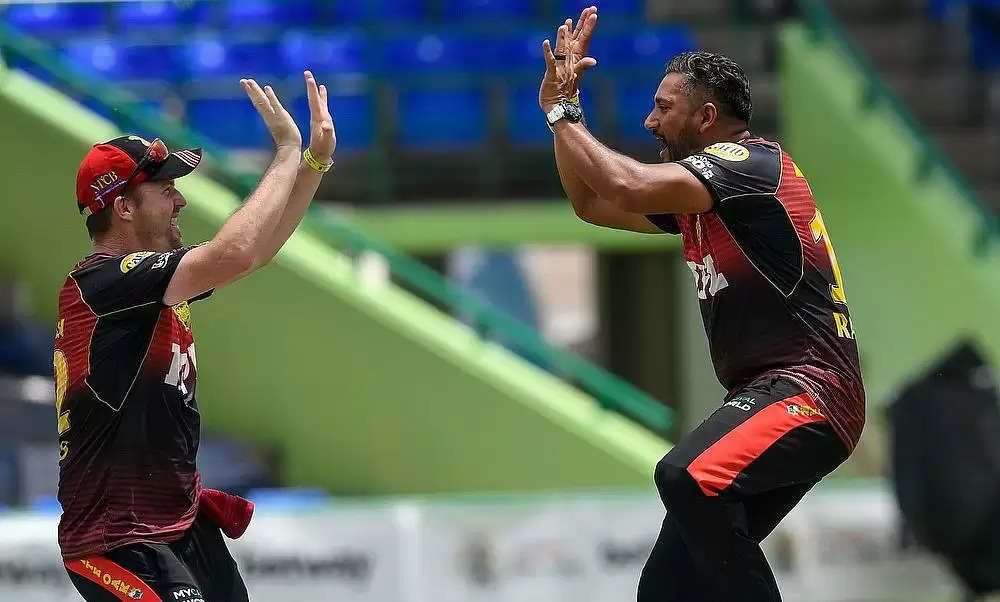 There were stumps crumbling and fielders flying during the ninth edition of Caribbean Premier League (CPL) last year. Both fast-bowlers and spinners had a good season as tracks offered enough support. St Kitts and Nevis Patriots emerged as winners of the competition and bowlers had a major role to play in their success.

Many bowlers from all the franchises showed sparks of form but there were only a few who ended the tournament successfully. In this piece, we look at the top five bowlers from CPL 9:

People say fast-bowlers don’t survive beyond the age of 35 but Ravi Rampaul, who turned 37 last year, proved that if one is dedicated enough, anything can be achieved. The right-arm pacer bowled brilliantly in CPL 2021 for Trinbago Knight Riders.

He picked 19 wickets in 10 matches at an economy of 7.96 to finish the tournament as the highest wicket-taker. Ravi used his experience and wide set of skills to deceive even the best of the batters in the tournament.

Romario Shepherd announced his arrival in CPL 2021. He stood up with both bat and ball for Guyana Amazon Warriors. However, it was his bowling in particular that brought him to the spotlight. The pacer troubled batters throughout the competition with his pace and bounce.

Shepherd scalped 18 wickets in 9 matches with best figures of 3/15. The West Indies cricketer was used both upfront and at the back end of the innings and he made sure not to disappoint his captain on most occasions.

When a bowler has raw pace and is smart enough to hit the right areas, it becomes almost impossible to get through him. In the last season of CPL, Odean Smith emerged as one of those rare bowlers who use their speed wisely.

The right-arm quick not only bagged wickets at regular intervals but also kept the scoring rate under check. He ended the tournament with 18 wickets in 11 games with an economy of 7.5.

Left-arm seam-bowling all-rounder, Dominic Drakes, was a major character in St Kitts and Nevis Patriots’ success story in CPL 2021. Drakes gave them important breakthroughs with the ball and scored those vital cameos down the order as well.

He took 16 wickets in 11 matches, including the best figures of 3/26. Drakes’ all-around show in the tournament earned him the maiden call-up to West Indies’ T20I side. He then went on to debut against Pakistan in the three-match T20I series in Karachi.

Playing his debut season, Migael Pretorius was one of the lesser-known names to make a mark in CPL 9. The fiery pacer from South Africa made his bowling do all the talking as he ran in hard, pushing even the best batters to the backfoot.

The 27-year-old was the wrecker-in-chief for Jamaica Tallawahs in most of the games. He registered the best figures of 4/32 against St Lucia Kings, ending the tournament among the top five wicket-takers with 16 wickets under his belt.

You can soon get NFTs featuring these and all other star players who were a part of CPL from just one place, visit www.rario.com to know more.