Jayden Seales: The latest West Indian fast bowling sensation you should be excited about

Jayden Seales had first grabbed eyeballs at the U19 World Cup 2020 in South Africa, wherein he bagged 10 wickets at 18.30 in a competition West Indies failed to make into the top-four.
By CX Staff Writer Mon, 25 Jul 2022 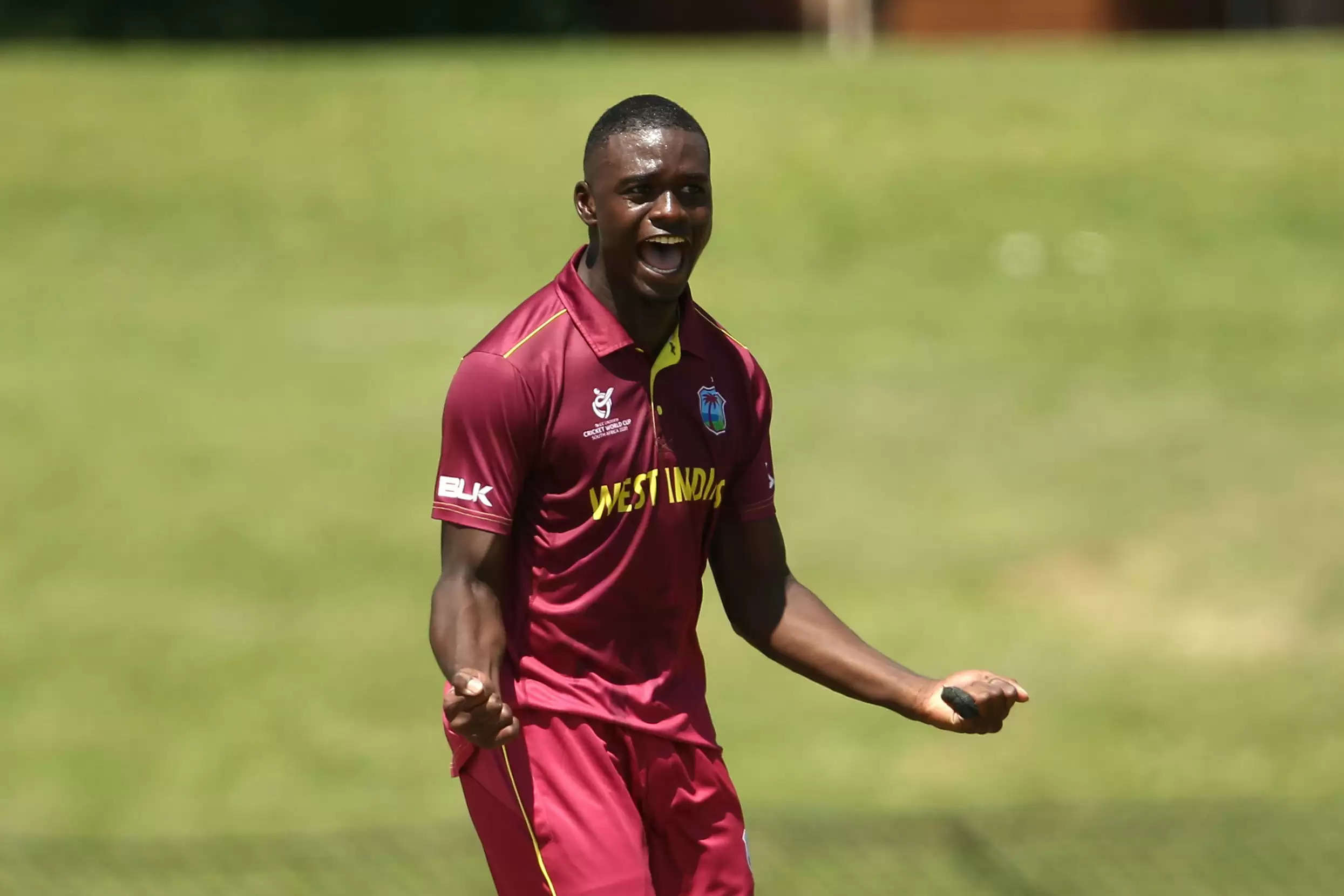 Rario’s first CPL pack drop was welcomed with huge fanfare and Jayden Seales in just his second year as an international cricketer, is a major attraction in the upcoming tournament.

Jayden Seales had first grabbed eyeballs at the U19 World Cup 2020 in South Africa, wherein he bagged 10 wickets at 18.30 in a competition West Indies failed to make into the top-four.

“This kid is ready to be in and around the senior set up right now,” remarked former West Indies quick Ian Bishop during the competition in early 2020, months after Seales had turned 18. Bishop believed that the youngster was ahead of where Alzarri Joseph was at the equivalent point in his career at the 2016 U19 World Cup in Bangladesh.

Rario, the cricket NFT giant, has partnered with CPL to make available the best moments from the league for cricket fans. Some of Jayden Seales’ outstanding moments can be picked as NFTs from Rario.

As soon as Rario’s recent pack drop went live on July 15th at 8 PM, cricket fans just couldn’t keep calm! They rushed to own this exclusive drop that featured never-seen-before player cards of cricketers who are set to play in the upcoming Caribbean Premier League (CPL). The reservations had begun a bit early, so the pack drop was over-reserved and sold out in just 90 MINUTES!

Did you get a Jayden Seales card after opening your pack?If you did, you should be excited! Seales has lived up to the expectations in red-ball cricket, and maintained consistency thereafter in domestic competitions across formats and was duly rewarded with a Test cap a year later.

Just a few months shy from turning 20 at the time of his Test debut - against South Africa at Gros Islet in June 2021 - Seales had a dream start to his international career with the wicket of opener Keegan Pietersen off just his third ball. He would also account for Aiden Markram and Kyle Verreynne but the hosts eventually suffered an innings defeat.

After two decent outings against the Proteas, Seales produced a memorable match-winning show in the first of two Tests against Pakistan at the Sabina Park, Jamaica, later in the season. Seales returned 3/70 and 5/55 in the two innings, before adding an unbroken 17 for the final wicket with Kemar Roach in a tense fourth-innings chase to secure a thrilling one-wicket win. His top victims in the game included opener Abid Ali (twice), Azhar Ali and Fawad Alam. He also became the youngest West Indies bowler to bag a Test five-for, surpassing a 71-year-old record set by Alfred Valentine.

He then finished the joint-highest wicket-taker in the 1-0 home series win against England earlier this year, with 11 scalps at 26.45, dismissing the likes of Ben Stokes, Jonny Bairstow, Dan Lawerence and Zak Crawley among others. Another nine wickets at 16.89 in a 2-0 series sweep against Bangladesh followed.

His relatively underwhelming returns in ODIs could be attributed to batting-friendly wickets, but he has shown enough quality to better that substantially in near future, which is why a Seales card in the Rario pack should keep you happy.

Meanwhile, many of you who weren’t able to get your hands on this pack drop need not feel left out. You could still be a part of this game as Rario is coming up with many more pack drops in the upcoming days. Just keep an eye on Rario’s social media platforms (Twitter, Discord, Instagram), where we keep our community updated with all the latest happenings.

For more information about Rario and its upcoming game, visit: www.rario.com and www.medium.com/rario