Rishabh Pant returned with unbeaten 125 runs off 113 balls to bag the player of the match award and hand India a historic ODI series win in and against England.
By Cricxtasy Media Wed, 20 Jul 2022 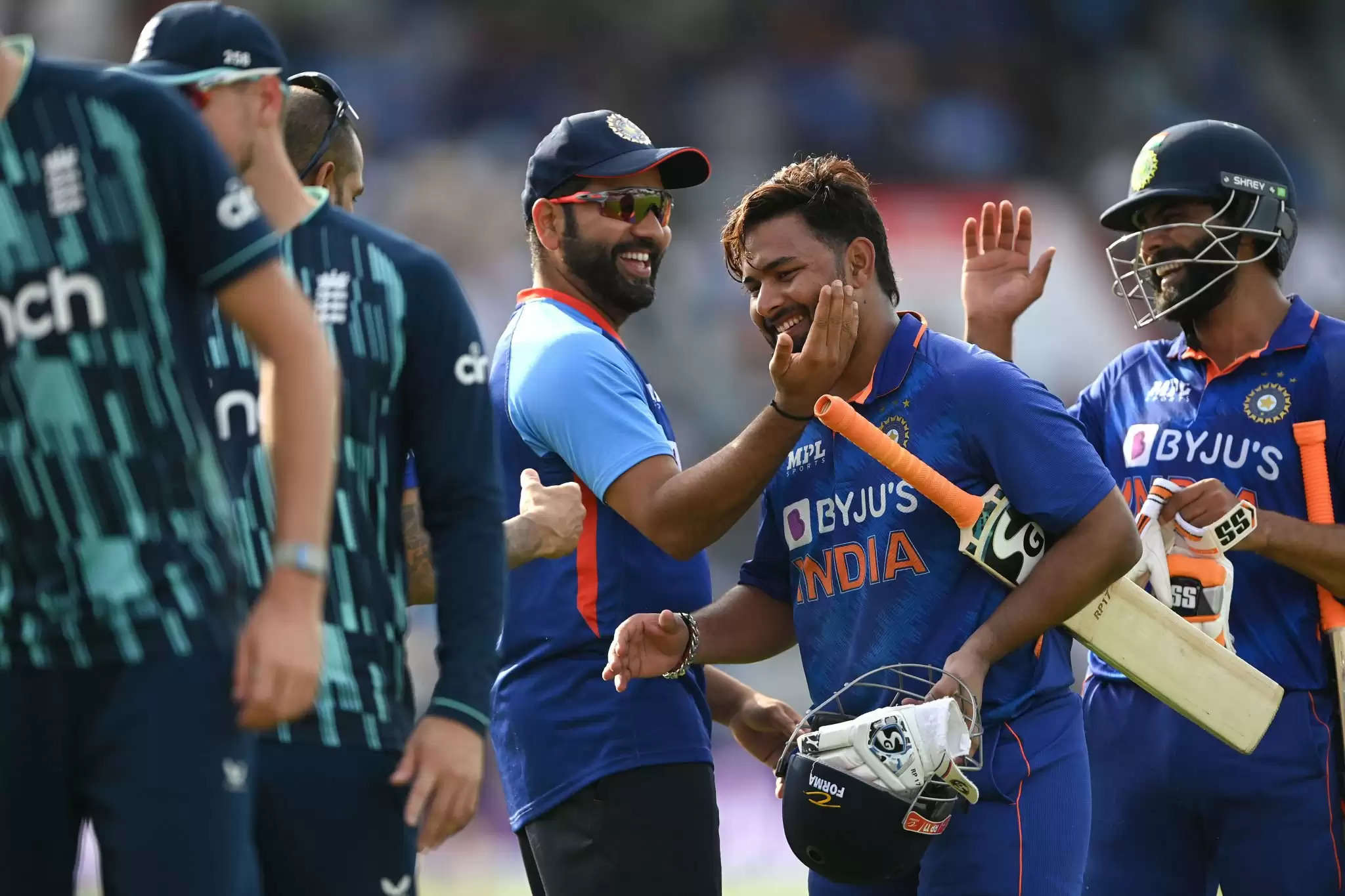 ‘Handsome’, ‘Brutal’, ‘Cheeky’-- these are some of the significant words commentators use when Rishabh Pant is at the crease. He can play a handsome off-drive on one ball and go downtown on the very next one! The unpredictability Pant brings to the table is rare, of course, the rarest in world cricket today.

What’s more interesting is how the youngster maintains his calm no matter what the situation. He smiles back at the bowler even when he faces an unplayable delivery! He looks unmoved even when critics, former cricketers and fans troll him badly on social media. He comes out there, enjoys his game and like Rario, entertains people like no one other does!

The wicket-keeper batter has so far played a lot of spectacular innings in Test cricket for India but on Sunday, he showed he could do it in other formats as well. He came to the crease when India was two wickets down on 21 runs. Before he could activate his power game, two more wickets fell, leaving India tottered at 72-4, chasing 260!

What would Pant, who is a Rario ambassador, ideally do in such a situation? Go banging or get dismissed? Yes, it is what he would have done nine out of 10 times! However, this time around he decided otherwise. He rather stuck around and took his time to adjust to the pitch and conditions. Credit must go to Hardik Pandya as well. The all-rounder released the pressure from Pant by striking it at 129 from the other end.

While Pandya played his shots, Pant continued to be patient. The duo put on a partnership of 133 runs. But once Pandya was sent back after making 71 off 55, Pant shifted gears. He knew the pressure was on England now and he made most of their desperateness of taking wickets.

Pant both played handsome drives and brutal slaps to completely throw England out of the game. With 24 to get off 9 overs, the 24-year-old hit David Willey for five consecutive fours and then finally reverse-swept Joe Root for a four on the first ball of the 43rd over to seal the victory for India.

The swashbuckler returned with unbeaten 125 runs off 113 balls to bag the player of the match award and hand India a historic ODI series win in and against England. It wasn’t the first time that Pant came to India’s rescue. He has done it time and again and certainly looks to be taking it a step higher with time. Now as India looks forward to upcoming events, can Rishabh Pant continue to roar as he has been? Yes, we hope so!