Could corona-free New Zealand be a neutral venue for cricket matches?

“I could see New Zealand operating as a neutral venue. That’s a definite possibility,” said Heath Mills, the CEO of New Zealand Cricket Players Association, quoted by ‘I Newspaper’. It has been a week since the New Zealand government lifted most of the restrictions that were in place as the country became free of COVID-19 […]
By Gomesh Shanmugavelayutham Sat, 13 Jun 2020 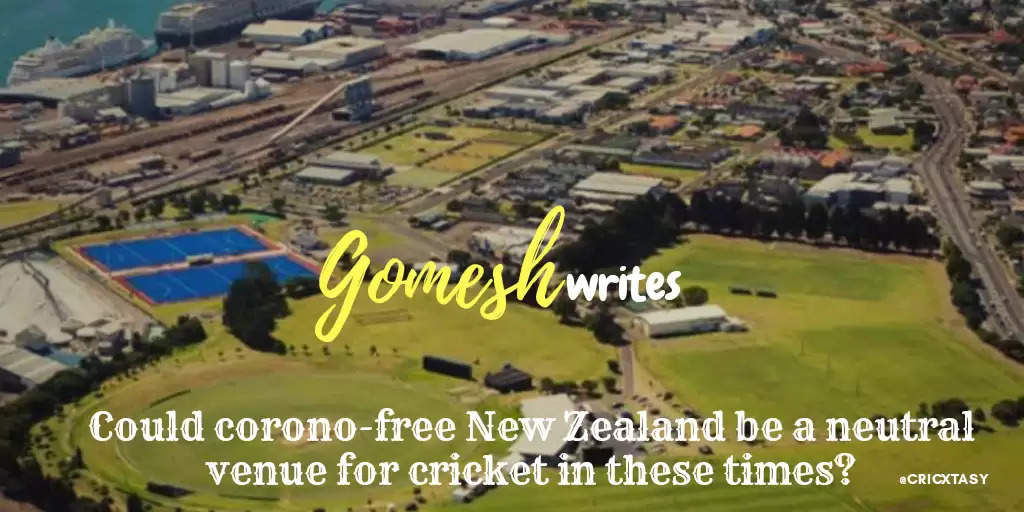 “I could see New Zealand operating as a neutral venue. That’s a definite possibility,” said Heath Mills, the CEO of New Zealand Cricket Players Association, quoted by ‘I Newspaper’. It has been a week since the New Zealand government lifted most of the restrictions that were in place as the country became free of COVID-19 officially.

Live sport is all set to return in New Zealand this Saturday (June 13, 2020). The first Super Rugby game since the Coronavirus outbreak is between Highlanders v Chiefs at Dunedin. Close to 20,000 fans are expected to fill the stadium.

Meanwhile, New Zealand cricket is preparing themselves to serve as a neutral host for other countries. Reports are coming in that India, England and Sri Lanka might play a tri-series in New Zealand later this year. Earlier, the England and Wales Cricket Board chief executive Tom Harrison had confirmed offers from New Zealand and Australia to host county cricket.

With many cricketing nations still suffering from the Coronavirus outbreak, New Zealand could well be the place where they conduct international matches for the sake of sport as well as financial reasons. The Men’s ODI World Cup runners-up could serve as a neutral venue for other countries as well as county cricket in the next few months.

It comes with its own set of challenges, though. If and when it happens, what it would mean to New Zealand cricket? What are the challenges they might face on-field and off-the-field? What is the financial viability of it? And so on. To throw some light on them, Cricxtasy got in touch with Michael Wagener, a journalist from New Zealand.

On the idea of New Zealand serving as neutral hosts as a whole, Wagener said that it was a sensible decision from a pure cricketing perspective, whereas the commercial aspect could be tricky. As far as the playing conditions are concerned, he said, “Our soil is similar to England’s and our weather is too. (It rains a bit more, is a bit warmer, the sun is much more intense, and the wind tends to go across the ground, not down the ground here – but New Zealand is still more similar than almost anywhere else). If we used the Dukes ball, it would feel similar to playing in England as far as the cricket goes.” 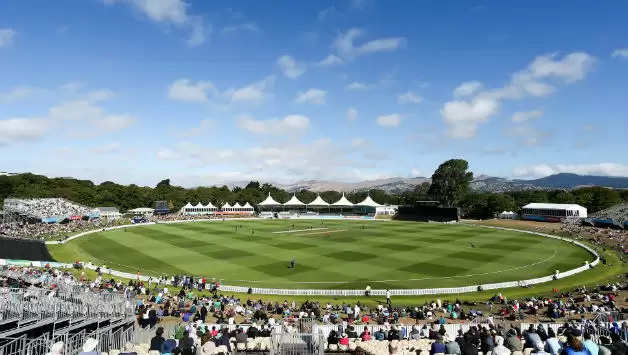 New Zealand have quite a few venues with full broadcast facilities

Statistics from the last four years, prove Wagener’s point. Since June 2016, Test batting average in England is 27.30, while in New Zealand, it is 32.23. Similarly, the bowling average in England during that period is 28.23, and the same in New Zealand is 33.32. If anything, using the Dukes ball could reduce the difference. Even in One Day Internationals, the difference isn’t significant.

Meanwhile, other factors need to be discussed. In the last ten years, New Zealand has used 13 venues to host men’s internationals. The 2019-20 Plunkett Shield happened in 10 grounds. Now, on plain sight, hosting county matches in addition to the routine schedule with these venues might seem improbable. However, there are a significant number of grounds that are used for school cricket and lower-tier domestic competitions. Mills had recently talked about issues related to the broadcasting of school cricket.

Wagener reflects a similar thought about the number of venues. He said that several grounds in New Zealand might host just one match throughout the summer. “Some of them have full broadcasting setups too. For example, Northern Districts has four grounds that have hosted televised matches. Auckland, Otago and Central Districts have three, Wellington has two, Canterbury has six,” he added. NZC could provide a few grounds to the ECB for conducting a shortened season of county cricket.

The practicability of bringing down players from different countries, quarantining them and getting them to play in bio-secure conditions is a strenuous task. The biggest barrier could be the official procedures. This might not be something where the NZC can make independent decisions, given the government’s ‘super-safe’ approach. “Our government refused to lift restrictions until there was not a single case left, despite the experts saying weeks earlier that the epidemic was now controlled and we should be going back to normal,” said Wagener, adding that the government might be difficult to persuade. He added that the NZC would have to prove to the government that there could be some financial benefit in bringing in 700-odd people from some global coronavirus hotspots.

A facelift for cricket?

All that apart, if everything goes well and NZC hosts international matches as well as a shortened county season, what would it mean to the profile of the sport in the country. Let’s face it, cricket, though popular, is not the most prioritised sport in the country. Rugby and All Blacks enjoy legendary status. When it comes to social media following, both Twitter and YouTube prove that. Whether this summer would change anything, Wagener does not think so. He said that the following for cricket in NZ should not be looked separately. 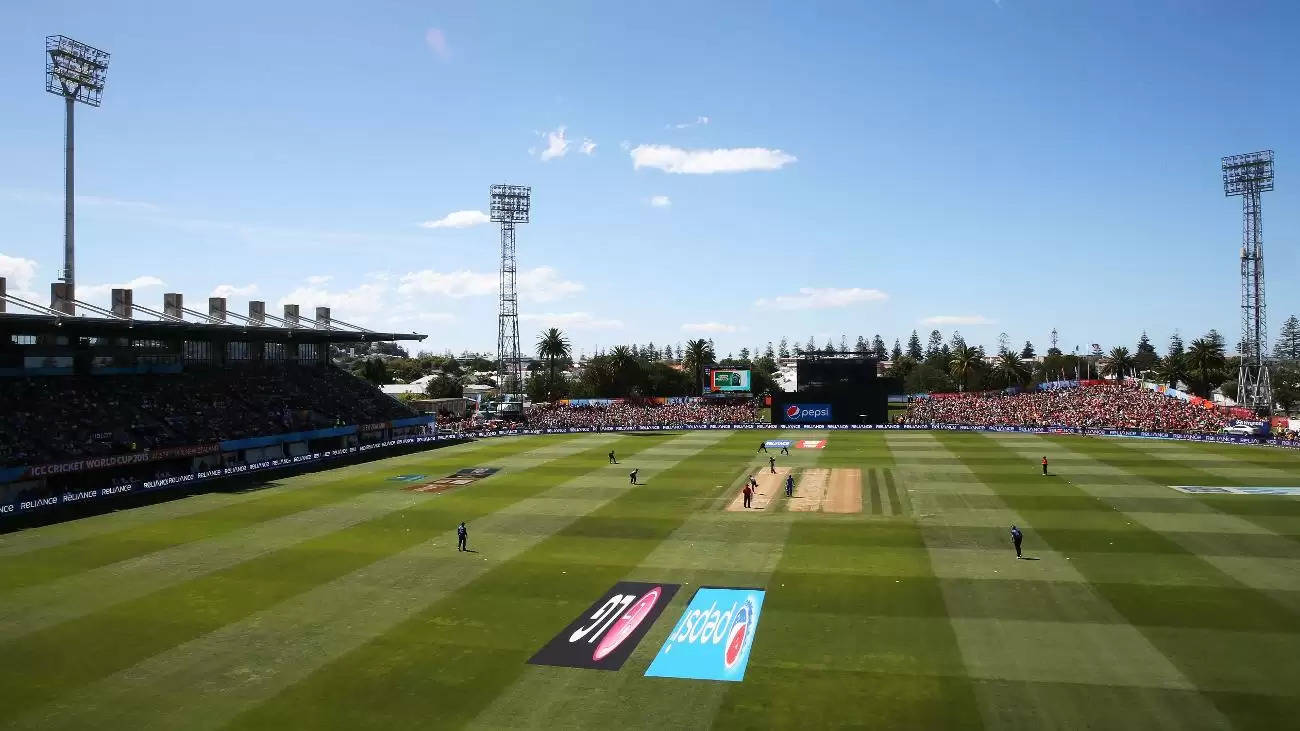 If New Zealand do plan to host the county season or international games, there will be a few financial challenges to overcome.

“The last year that I have data for (2015), there were over 200,000 people who attend cricket matches in New Zealand. That’s roughly one fan for every 25 people. To put that in context, the Indian Premier League attendance is about 3.5 million, or roughly one fan for every 385 people,” he said. Explaining that it is not to say NZ is more into cricket than India, he added, “Some of that comes down to purchasing power and spare time. But it’s easy to look at a crowd of 7,000 people at a match in Napier for example, and forget that it’s coming from a region with a population of about 130,000 people. So it is a fairly significant crowd in context,” he said.

New Zealand has always been a country where players from different origins have played. If they host a truncated county season, would it attract more foreign players, given that the Kolpak deal is not the same anymore? Wagener thinks otherwise. He calls New Zealand an ‘immigrant nation’. He said, “More than a quarter of our population were born overseas. Accordingly, we could expect three or four immigrants in any cricket squad.”

With the local sides allowed to play only one foreign player, Wagener feels that the threat of a flood of immigrant players might be possible only if they get in for economic reasons, and then qualify as eligible locals. “Players will continue to come to New Zealand to try to play, but not many will be able to. Those that do make it here, tend to improve the standard of local cricket and are normally welcomed in,” he said.

The most significant challenge concerning New Zealand serving as a neutral host is – why?  Is it just to resume sport or to make money amidst the pandemic? Since it could be the latter, for all the more reasons to think, the issue is intricate when it boils down to broadcasting revenue. NZC has a new broadcasting partner this season – Spark sport.

For NZC to make money by hosting county cricket, Wagener feels that the teams should gain some formidable local support from smaller towns. The significant English immigrant population could add some value. “Having, for example, Somerset based in Whangārei might encourage some of the Whangārei locals to adopt them for the season,” he said. 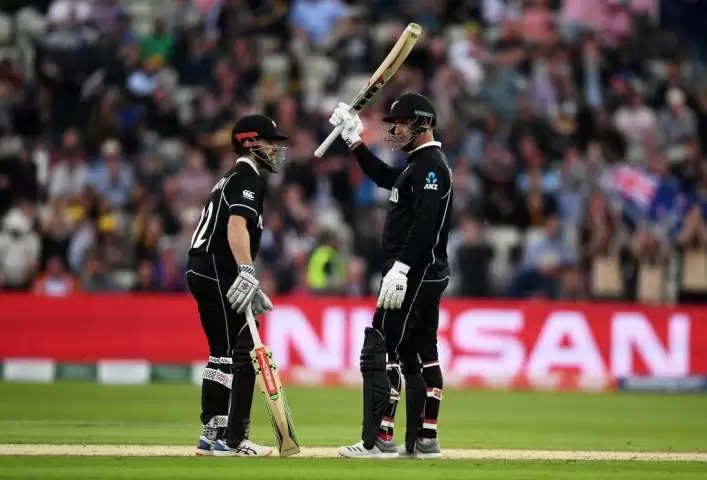 NZC has a new broadcasting partner this season

However, if the intention of playing in New Zealand is purely financial, then it might not be very fruitful, as broadcast timings are the biggest concern. “The time zones are bad for the sub-continent, but they’re appalling for England. A standard day of cricket here starts at about 9 pm in England and goes through to 4:30 am,” added Wagener.

There are many things to factor in when one has to think about the challenges of NZC hosting neutral matches. For a cricket fan, it could just be about getting to see some cricket after being deprived of it. From an administrative perspective, it could be a huge challenge for the NZC. They are in a really good position to conduct international matches for other boards. However, the financial aspect of it is not very viable. If the boards are trying to make whatever share that comes out of it, then it could well happen.

Wagener puts it more precisely here. “Realistically if England were to move their season to New Zealand, it would be a financial debacle – it would be good for cricketing reasons, but financially it would be a big stretch to make it work.”