Australia and Pakistan face off in the first of three T20-I on Sunday with the SCG playing hosts. Both teams come into this series on the back of contrasting results. While Pakistan’s last series saw them succumb to a humiliating 3-0 loss to Sri Lanka, Australia pummeled the very same opponent courtesy of David Warner’s […]
By Dwijesh Reddy Sat, 2 Nov 2019 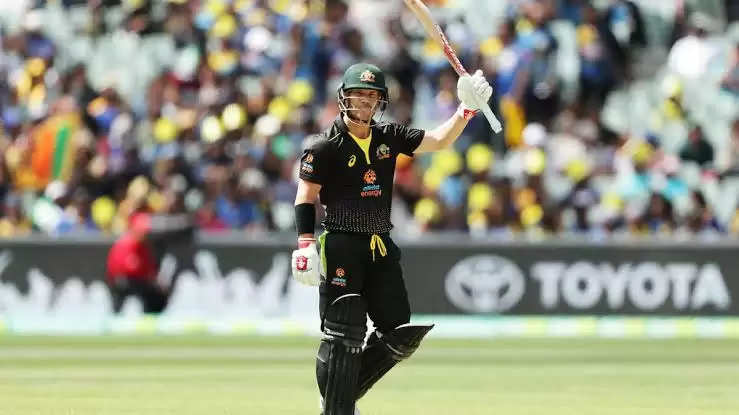 Australia and Pakistan face off in the first of three T20-I on Sunday with the SCG playing hosts. Both teams come into this series on the back of contrasting results. While Pakistan’s last series saw them succumb to a humiliating 3-0 loss to Sri Lanka, Australia pummeled the very same opponent courtesy of David Warner’s superlative knocks. Nevertheless, Pakistan has made a number of changes with Babar Azam leading a resourceful side. Although Australia will be considered the overwhelming favourites for this game, Pakistan’s famed reserve of fast bowling could be a obstacle for them which could result in a highly competitive game on Sunday.

The SCG should offer help for the bowlers with the batsmen also able to score freely once they get to terms with the nature of the pitch. 170 should be competitive here with the spinners set to exploit the turn available on Sunday.

Although rain is on the forecast for Sunday, a shortened game is expected with overcast conditions aiding the pacers as well. The temperature will hover around 24 degrees Celsius with humidity also on the higher side.

Australia will not have the services of Glenn Maxwell for this game with Ben McDermott expected to continue in the top order. David Warner and Aaron Finch will bat at the top of the order with the mercurial, Steve Smith following them. Their bowling unit looks well rounded as well with Kane Richardson picking two wickets along with Cummins and Starc in the third T20-I against Sri Lanka. Ashton Agar’s presence in the side bodes well with the Western Australian capable of providing the goods with the bat as well.
David Warner, Aaron Finch, Steve Smith, Ben McDermott, Alex Carey, Ashton Turner, Ashton Agar, Pat Cummins, Mitchell Starc, Adam Zampa and Kane Richardson

Pakistan will bare a new look with Mohammad Rizwan and Iftikhar Ahmed expected to feature for them. While Babar Azam and Fakhar Zaman will open the innings, Rizwan is slated to bat at number three. Haris Sohail and Asif Ali should occupy spots in the middle order while the likes of Imad Wasim and Shadab Khan are also capable of doubling up as useful allrounders. Wahab Riaz and Mohammad Amir are ones to watch out for while Mohammad Irfan should get the nod over Hasnain as the third pacer in the side.
Babar Azam, Fakhar Zaman, Mohammad Rizwan, Haris Sohail, Asif Ali, Iftikhar Ahmed, Wahab Riaz, Shadab Khan, Imad Wasim, Mohammad Amir and Mohammad Irfan

David Warner is in sensational form with 217 runs against Sri Lanka in three games. He is picked alongside Steve Smith in the fantasy team with both individuals capable of scoring big runs in the top order. Another such individual is Babar Azam, who has prior experience playing in Australia as well. The likes of Haris Sohail and Fakhar Zaman are also good option while one keeper in Mohammad Rizwan is preferred. Spin bowling allrounders, Imad Wasim and Ashton Agar should also earn some fantasy points while Mitchell Starc is another must have in the side. Mohammad Amir impressed in the practice match and should be able to pick a wicket or two against the Aussies on Sunday.