Australia vs Pakistan 1st Test Dream11 Prediction: Test Cricket is all set to commence down Under as Australia prepares to take the field against an exuberant and new-look Pakistan side at the Gabba in Brisbane on Thursday. Following their dominant showing in the shortest format of the game, Tim Paine will be hoping to see […]
By Andrew Rodrigues Wed, 20 Nov 2019 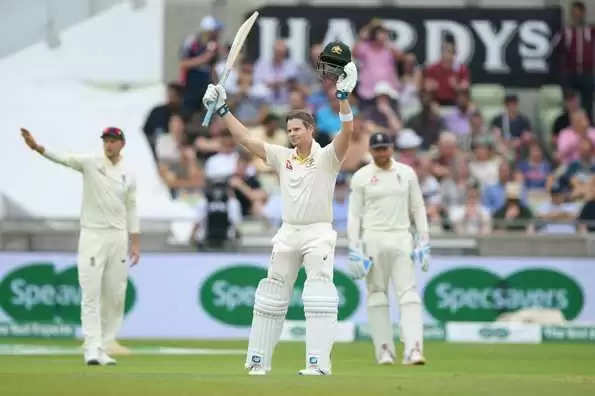 Australia vs Pakistan 1st Test Dream11 Prediction: Test Cricket is all set to commence down Under as Australia prepares to take the field against an exuberant and new-look Pakistan side at the Gabba in Brisbane on Thursday. Following their dominant showing in the shortest format of the game, Tim Paine will be hoping to see his side replicate those performances in the whites.

Pakistan, on the other hand, has a number of exciting faces in their ranks and it should be intriguing to see how they go about their business against an Australia side that has their share of weaknesses. Furthermore, the Aussies haven’t lost at this venue since 1988 but should expect their unpredictable tourists to give them a run for their money in this much-anticipated clash.

Partly Cloudy conditions with minimal chances of rain showers and temperature ranging around 26 degrees Celsius expected during the game.

It should be a pacy track that will have some extra bounce in it for the pacers. The quicks will enjoy bowling on this surface and can cause havoc if they manage to find the right line and length. Meanwhile, for the batsmen, the bowl will come nicely on to the bat and once they acclimatize themselves to the conditions, they could cash in and score big for their side.

James Pattinson misses out due to a one-match suspension.

Coach Justin Langer yesterday confirmed the line-up for the first test. Joe Burns will replace Marcus Harris at the top whilst Travis Head too makes a comeback to the side after being dropped for the fifth test in the Ashes. Mitchell Starc also finds a place in the side and will complete the pace trio alongside Josh Hazlewood and Pat Cummins.

All eyes will be on Babar Azam ahead of this encounter and the prodigious batter will central to his side’s fortunes in the batting department. However, it is their bowling unit that is garnering plenty of attention from the media, a 16-year-old youngster to be more specific. Naseem Shah is the name on everyone’s lips and is undoubtedly one to keep close tabs on in this contest.

Also Read: The underappreciated side of Steve Smith’s magic with the bat

Steve Smith enters this series on the back of an incredulous Ashes 2019 in England. He amassed 774 runs from 7 innings at an astounding average of 110.57, including a double-hundred, a couple of centuries and three half-centuries. He is a mandatory pick ahead of this fantasy contest. On the complete contrary, David Warner had a disastrous tour ( gross understatement) and will be relieved that the Pakistani side does not have any player that goes by the name of Stuart Broad in their ranks. Jokes aside, he found his groove in the T20I series and should be backed to translate those displays to red-ball cricket. Babar Azam scored a hundred against Australia A and the elegant batsman should be the first-name on every teamsheet. Pat Cummins, Josh Hazlewood, and Naseem Shah bring plenty of value to the table with the ball in hand and hence, are other must-picks in the Dream11 Team. 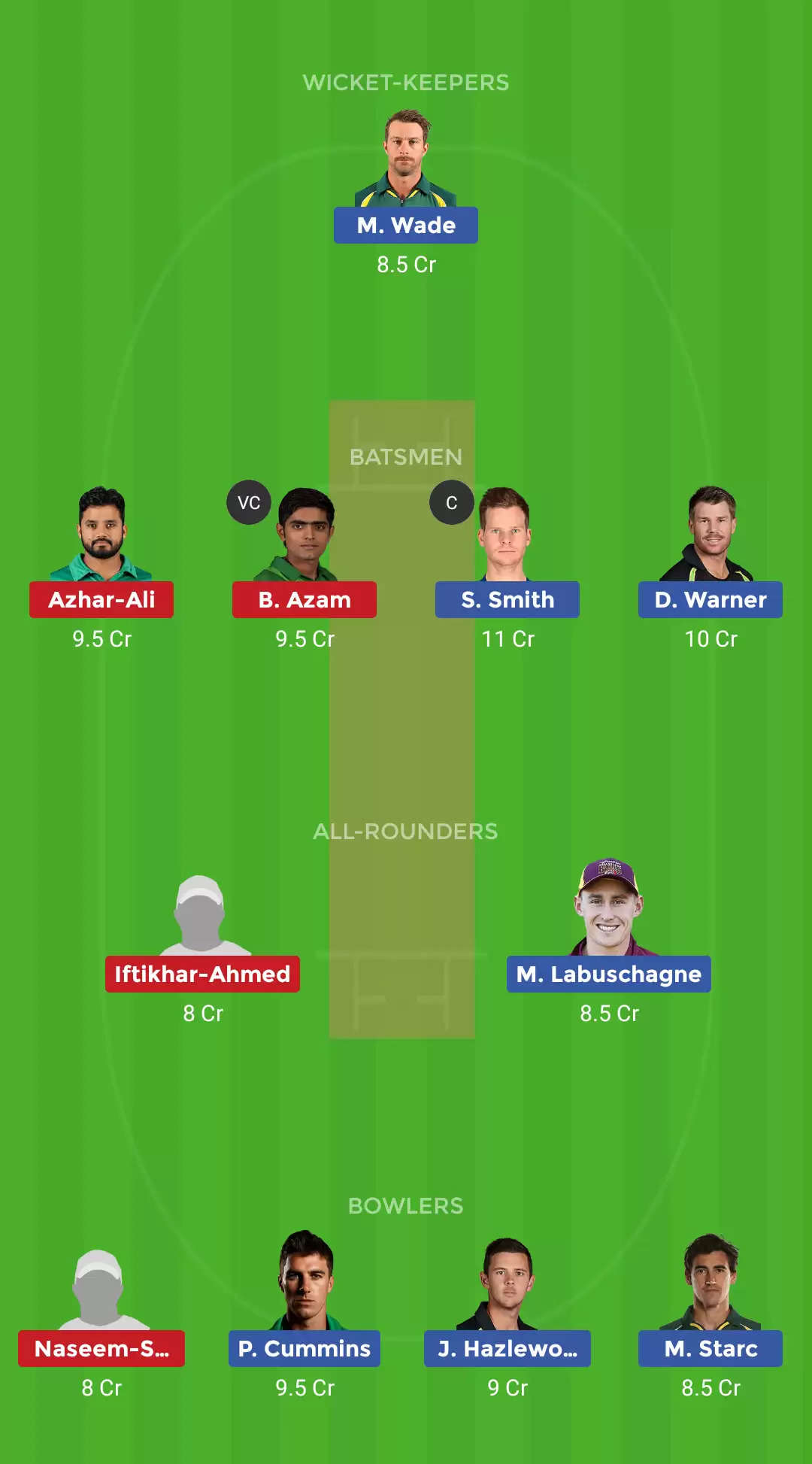