After a scintillating victory in the first ODI, Pakistan Women would be beaming with confidence as they on the Rumana Ahmed-led Bangladesh in the second and final match of the ongoing 2-match series. The hosts were the favorites even prior to the start of the ODIs, and taking into account their present form, one shouldn’t […]
By V Shashank Sun, 3 Nov 2019 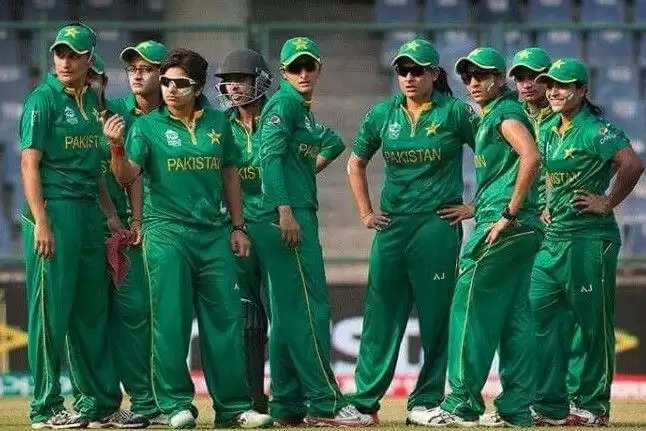 After a scintillating victory in the first ODI, Pakistan Women would be beaming with confidence as they on the Rumana Ahmed-led Bangladesh in the second and final match of the ongoing 2-match series. The hosts were the favorites even prior to the start of the ODIs, and taking into account their present form, one shouldn’t be surprised if they manage to pull off a whitewash win over the tourists at Lahore. On the other hand, Bangladesh have lost all the games played on this tour and would aim for a victory by whatsoever margin in the upcoming feud.

In the last ODI played at his venue, the pitch slowed down as the game progressed. In the ODIs, thirty-two of sixty-two matches played at this venue have been won by the team batting first. Any score above 250 would be a par total at this venue.

It’s going to be a foggy day at Gaddafi Stadium, in Lahore. A complete 50-overs of play in both the innings could be expected. The temperature would be hovering between 23-28 degrees Celsius.

No injuries have been reported for this match.

The opening pair of Sidra Ameen (21) and Nahida Khan (68) did a decent job in the past game. The middle order trio of Bisma Maroof (39), Omaima Sohail (29), and Aliya Raaz (37) contributed significantly to Pakistan’s triumph whilst maintaining a decent scoring rate. In the bowling department, Sana Mir topped with three wickets, while Diana Baig, Sadia Iqbal, and Nashra Sandhu grabbed two wickets each to wind up the tourists’ lineup. The hosts are likely to go unchanged for the second ODI.

Since the start of the series, nothing has gone in Bangladesh’s favor which makes it all the more important for Rumana Ahmed & Co to end this tour on a winning note. The batters, in particular, would have to step up on occasion in order to render a match-winning fight versus the Bismah Maroof-led lineup. Openers Murshida Khatun and Sharmin Akhter would hold the key for Bangladesh in laying a concrete foundation at the start of the game. The likes of Nigar Sultana and Sanjida Khan looked good with the bat and would be backed to deliver a similar show at Lahore. Bowlers have done a decent job so far, with Jahanara Alam affecting the majority of dismissals. In spite of the defeat in the first ODI, one could expect the tourists to stick with a similar XI for the coming contest.

Nigar Sultana scored a half-century in the previous game and could be backed to replicate a similar show in the coming feud. Bismah Maroof and Nahida Khan looked in a great nick in the previous game, and along with Omaima Sohail form a concrete batting lineup. Fahima Khatun and Aliya Riaz could be lethal picks for their all-round prowess. Spinners Sana Mir and Nushra Sandhu could reap great benefits in the coming contest. The trio of Nahida Akter, Panna Ghosh, and Jahanara Alam picked a collective tally of seven wickets in the first ODI and as a result shouldn’t be forgotten for the second and final duel.