With the series evenly poised at 1-1, India Women and West Indies Women play each other in third and final ODI at the Sir Vivian Richards Stadium in Antigua. Both ODIs have produced thrilling encounters although India come into this game with the momentum after a 53 run win on Sunday. The likes of Stafanie […]
By Dwijesh Reddy Tue, 5 Nov 2019 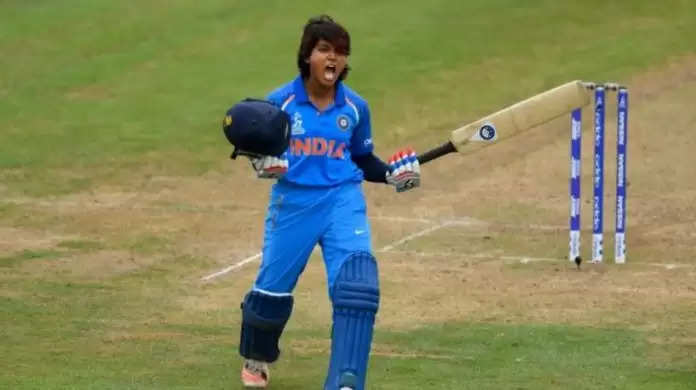 With the series evenly poised at 1-1, India Women and West Indies Women play each other in third and final ODI at the Sir Vivian Richards Stadium in Antigua. Both ODIs have produced thrilling encounters although India come into this game with the momentum after a 53 run win on Sunday. The likes of Stafanie Taylor and Punam Raut have stood out for their respective sides in either ODI. With the venue also remaining the same for this game, both teams are well versed with the overlying conditions, which should pave the way for a grandstand finish to the ODI series

The pitch shouldn’t change much from the previous games with 200 being a highly competitive score. The spinners will be crucial in the middle overs with India’s spinners picking six wickets in the second ODI. Batting first would be the ideal option for either side upon winning the toss.

Cloudy conditions are on the cards on Tuesday with extra swing on offer with the new ball. The temperature isn’t expected to be too high while humidity could play a factor as the game progresses.

Injuries: Natasha McLean retired hurt in the previous game and could play no part on Wednesday.

India could field Smriti Mandhana at the top of the order although it would be a pleasant headache for the team management to make way for the south-paw. Priya Punia is most likely to be dropped for Mandhana with Punam Raut impressing in the second ODI. The experienced duo of Mithali Raj and Harmanpreet Kaur have shown glimpses of what their capable of while India’s spinner will be crucial once again on Wednesday. Much is expected from Jemimah Rodrigues, who hasn’t done much in the series so far for India Women.
Smriti Mandhana/Priya Punia, Jemimah Rodrigues, Punam Raut, Mithali Raj, Harmanpreet Kaur, Deepti Sharma, Rajeshwari Gaekwad, Jhulan Goswami, Taniya Bhatia, Poonam Yadav and Shikha Pandey

West Indies Women should field their strongest side with Afy Fletcher also finding her feet in the second ODI. The big news is Hayley Matthews’ return from suspension. She should come in for Natasha McLean, who injured herself in the previous game. The rest of the side should ideally remain the same with Stafanie Taylor and Shemaine Campbell being key in the middle order. Afy Fletcher and Anisa Mohammed are in decent form as well which gives West Indies a good chance of a series win on Wednesday

Stafanie Taylor has been the standout from either side with 114 runs and two wickets to her name. While she is a must-have pick in the side, the likes of Mithali Raj and Harmanpreet Kaur also warranty a spot. The returning Hayley Matthews is considered to be among the best all-rounders in the world. In spite of this being her first game in a long time, she should be picked along with Jemimah Rodrigues, who is due for a big one at the top of the order. Chedean Nation and Shemaine Campbell should also score some runs while spin-bowling all-rounder, Deepti Sharma is also one to watch out for in this game. The likes of Afy Fletcher and Poonam Yadav should also pick a wicket or two as they round the team off.