Having won the 3-match T20I series by a margin of 2-0 hosts Australia would be hoping to grapple a whitewash victory over Sri Lanka as they take on Malinga & Co in a dead-rubber duel at Melbourne. The second T20I at Gabba witnessed the likes of David Warner and Steven Smith butchering the opposition attack […]
By V Shashank Fri, 1 Nov 2019 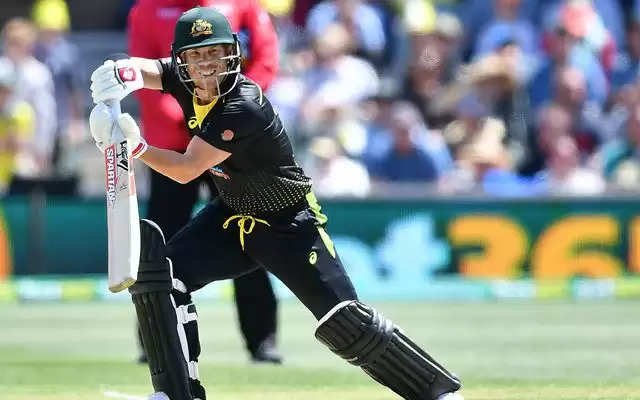 Having won the 3-match T20I series by a margin of 2-0 hosts Australia would be hoping to grapple a whitewash victory over Sri Lanka as they take on Malinga & Co in a dead-rubber duel at Melbourne. The second T20I at Gabba witnessed the likes of David Warner and Steven Smith butchering the opposition attack with their exceptional batting prowess. In the bowling department, it was a collective effort from the hosts, as almost everyone except Kane Richardson bagged two wickets to their name. Australia are sure-shot favorites for the coming game as well.  On the other hand, Sri Lanka would be vying for a compensatory win in the coming feud. Consecutive defeats at Adelaide and Brisbane would have deeply hurt the tourists, considering they came into the series on the back of away wins over Pakistan.

The pitch at Melbourne has been a bowler’s delight with six of the twelve matches played at the venue being won by the team bowling first. Any score above 150 could be a par total at this venue.

Clouds are expected to circle around the stadium with the temperature hovering between 31 to 32 degrees Celsius. As compared to spinners, pacers could reap in greater benefit in these conditions.

No injuries are being reported.

Billy Stanlake who was brought in for Mitchell Starc in the second T20I bagged a couple of wickets to his name. D’arcy Short has been roped as a replacement for Glenn Maxwell owing to the latter’s decision of taking an indefinite break from cricket. If not Short, one could get to witness Ben McDermott in Australia’s playing XI for the coming encounter.

Shehan Jayasuriya could be considered over Wanindu Hasaranga as the latter contributed mere ten runs with the bat and was bashed for eighteen runs in the solitary over that he bowled. Bowling department would be spearheaded by Lasith Malinga who will be expected to render a match-winning show in the coming feud.

With 160 runs in 2 innings, a century and a half-century each to his name, David Warner remains a definite pick for the upcoming game as well. Steven Smith scored  36-ball 53 in the previous game and could be a vital pick for Australia alongside Aaron Finch who scored a quickfire fifty at Adelaide. Danushka Gunathilaka and Avishka Fernando would hold the key for the tourists’ batting lineup. Ashton Agar has impressed with the ball and would be a viable pick among the all-rounders alongside Dasun Shanaka. Kusal Perera showed signs of aggressive intent in the recently concluded game. Not to forget, he’s a wicket-keeper batsman who could contribute fantasy points with both bat and gloves. Among the bowlers, Adam Zampa has impressed the most with 7 wickets in 2 matches and will be must pick from Australia with pacers Pat Cummins and Billy Stanlake accompanying him.