AU-A-W vs IN-A-W Preview After a fairly successful WBBL, the rising talent of the Australian Women’s circuit faces India A in the first of three ODIs at the Allan Border Field on Thursday. While Australia is considered as the favorites for this game, India A isn’t too far behind. They are led by Veda Krishnamurthy […]
By Dwijesh Reddy Thu, 12 Dec 2019 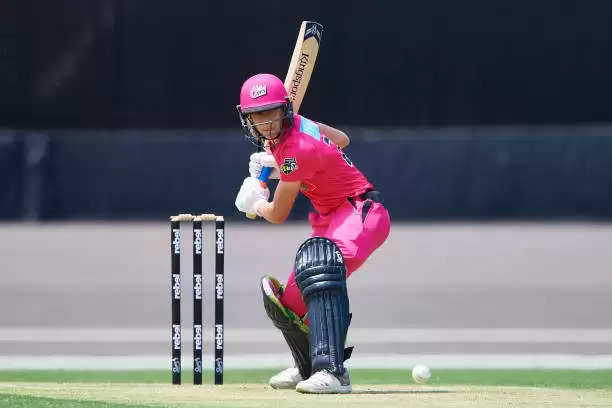 After a fairly successful WBBL, the rising talent of the Australian Women’s circuit faces India A in the first of three ODIs at the Allan Border Field on Thursday. While Australia is considered as the favorites for this game, India A isn’t too far behind. They are led by Veda Krishnamurthy and have a lot of international experience as well. With the ICC T20 Women’s World Cup 2020 fast approaching, both sets of players will look to turn a few heads with their performances with a couple of places up for grabs. Australia is expected to win this game although India should give them a tough fight in what promises to be a competitive contest.

The pitch is very good for batting as seen in the WBBL Finals. Spinners will come into play as the game progresses with batting first being the ideal choice upon winning the toss. Pacers will get extra bounce as well with change of pace being key.

The weather should be clear for the duration of this game with the temperature hovering around 34 degrees Celsius. A few clouds are also expected to make an appearance with bouts of rain expected throughout the day as well.

Australia A-side is filled with in-form players from the WBBL. While the onus will be on Erin Burns and Bridget Patterson to deliver the goods with the bat, Phoebe Litchfield and Georgia Redmayne will also feature in the middle order. Tahlia McGrath adds to the balance of the side with Heather Graham also capable of tonking a few towards the end. Their bowling unit is well equipped with Molly Strano and Belinda Vakarewa in their ranks.

India A themselves have a lot of experience in their ranks with Sushma Verma and Veda Krishnamurthy having prior experience playing here. Young, Shafali Verma, who had a sensational outing against West Indies earlier in the year, is set to open the batting alongside Priya Punia. The likes of Harleen Deol and Devika Vaidya also add to the batting might. Arundhati Reddy leads the bowling attack with the duo of Anuja Patil and Mansi Joshi being critical to their cause.

Shafali Verma and Phoebe Litchfield have impressed with their ability to score quick runs in the top order. While Litchfield became the youngest player to score a WBBL fifty, Shafali Verma’s tally of 158 runs in five games on tricky tracks in West Indies should give her confidence. The likes of Heather Graham and Maitlan Brown also find a place while Veda Krishnamurthy is a must have in the side. Bridget Patterson also finds a place in the side while much is expected from Devika Vaidya. Belinda Vakarewa is preferred over Molly Strano and is expected to back her WBBL performance, where she picked twenty wickets in thirteen games. 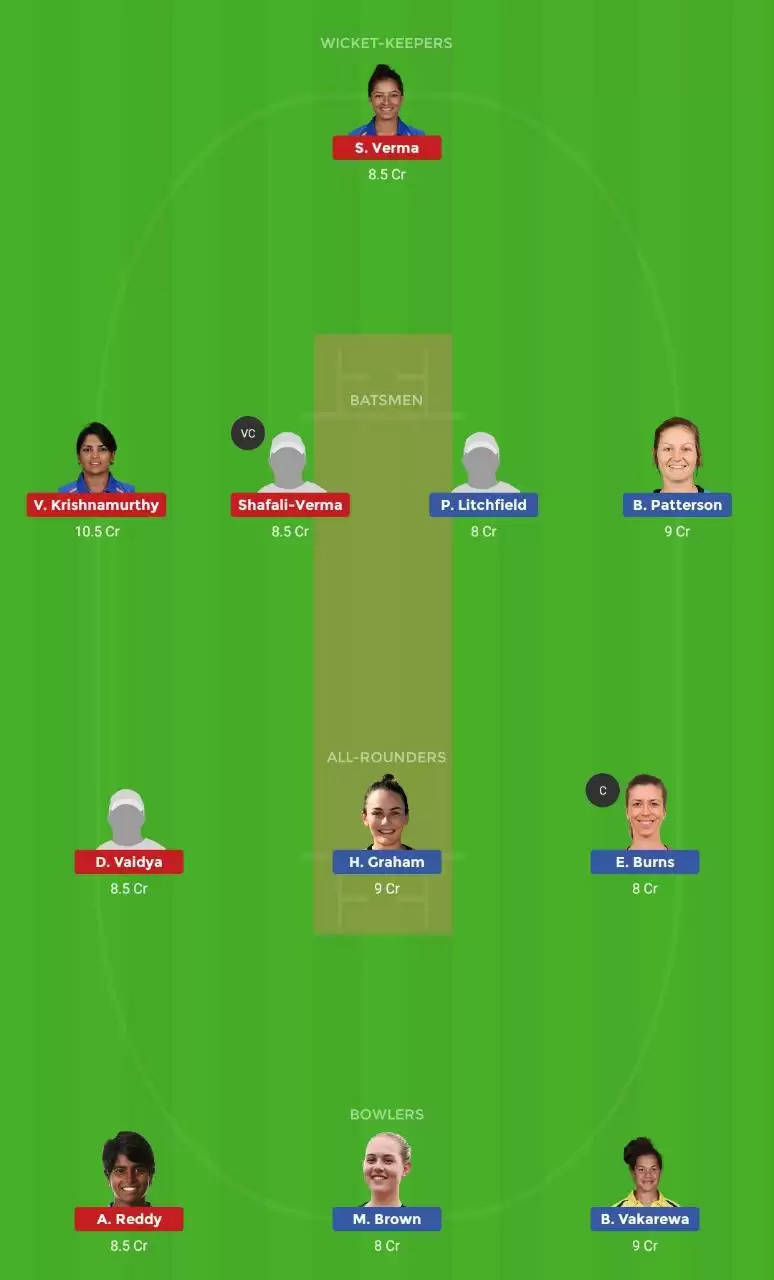