Match Details Victoria vs Western Australia, Match 1 21st September 2019, 11:30 AM IST W.A.C.A Ground, Perth Preview The Australian summer of 2019-20 commences as the first game of the revamped Marsh One-Day Cup sees Victoria face off against a star-studded Western Australia outfit at the W.A.C.A. Unlike the previous seasons where Australian Internationals didn’t […]
By Dwijesh Reddy Fri, 20 Sep 2019 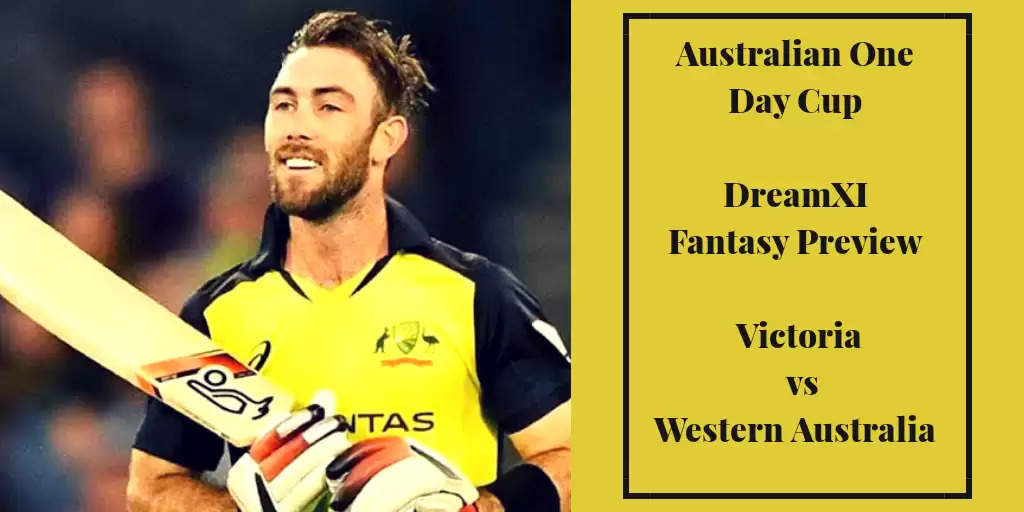 The Australian summer of 2019-20 commences as the first game of the revamped Marsh One-Day Cup sees Victoria face off against a star-studded Western Australia outfit at the W.A.C.A. Unlike the previous seasons where Australian Internationals didn’t feature much in the competition, regulars such as Aaron Finch and Nathan Coulter-Nile take to field on Saturday with Australia looking towards the future after a decent ICC World Cup campaign in England. Defending champions, Victoria enter the game as the favourites with balance being key for them although Western Australia aren’t ones to be taken lightly. With two of the most consistent batsmen in D’Arcy Short and Shaun Marsh in their ranks, they will bank on home conditions to see them through this stern challenge.

A good batting surface awaits the two sides in the season opener with scores of 260-270 being competitive. WACA has traditionally been helpful to the pacers with extra pace and bounce on offer and should be no different on Saturday as well.

The weather is all clear for this game with temperatures also varying in the range of 14-20 degrees all across Perth. The pacers will get help early on with the new ball in what is a decent pitch to be a fast bowler.

Injuries: No injuries were reported from either side

Defending champions, Victoria also possesses a very balanced side with Glenn Maxwell and Aaron Finch being the key for them. A couple of youngsters should take to field with Will Pucovski and Will Sutherland aiming to prove themselves against some of the best Australian players in the circuit. Jackson Coleman starred for them in the previous season and will be one to watch out for.
Aaron Finch, Will Pucovski, Travis Dean, Glenn Maxwell, Peter Handscomb, Nic Maddinson, Matthew Short, Will Sutherland, Chris Tremain, Jackson Coleman  and Jon Holland

Western Australia has a lot of experience to bank upon with Shaun Marsh and Nathan Coulter-Nile in their ranks. With two of the best players of last year’s BBL in Marcus Stoinis and D’Arcy Short in the roster, Western Australia should fancy their chances. Young pacer, Jhye Richardson could make a comeback after a long injury layoff while the onus will be upon Nathan Coulter-Nile and Andrew Tye to provide the breakthroughs for WA.
D’Arcy Short, Cameron Bancroft, Shaun Marsh, Ashton Turner, Marcus Stoinis, Hilton Cartwright, Matt Kelly, Ashton Agar, Andrew Tye, Nathan Coulter-Nile and Jhye Richardson

Australian internationals, Glenn Maxwell, Marcus Stoinis, Aaron Finch and Shaun Marsh are picked in the side with their experience bound to serve them well on what is a good pitch to bat on. Young star, Will Pucovski is another one to watch out for along with WA captain, Ashton Turner. Known for his searing yorkers, Matt Kelly should pick a wicket or two while Chris Tremain and Andrew Tye are decent options to round off the fantasy team as well. 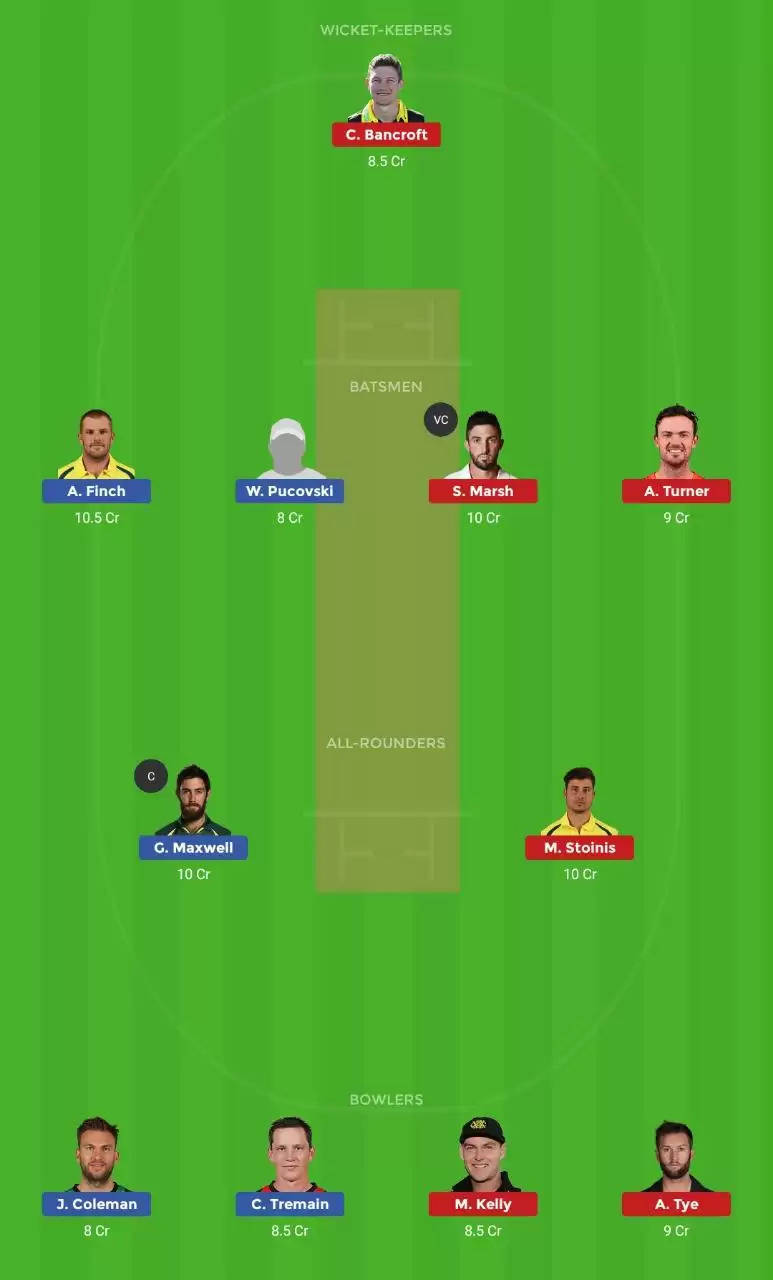