Match Preview for BAR vs PLE Dream11 Contest: Match 7 of ECS T10 Bulgaria 2021 will be played between Barbarians and VTU MU Pleven at Vassil Levski National Sports Academy, Sofia on July 6th at 6 PM IST. Barbarians have played two games so far, one in which they were comprehensively beaten by the Plovidv […]
By Anuj Nitin Prabhu Tue, 6 Jul 2021 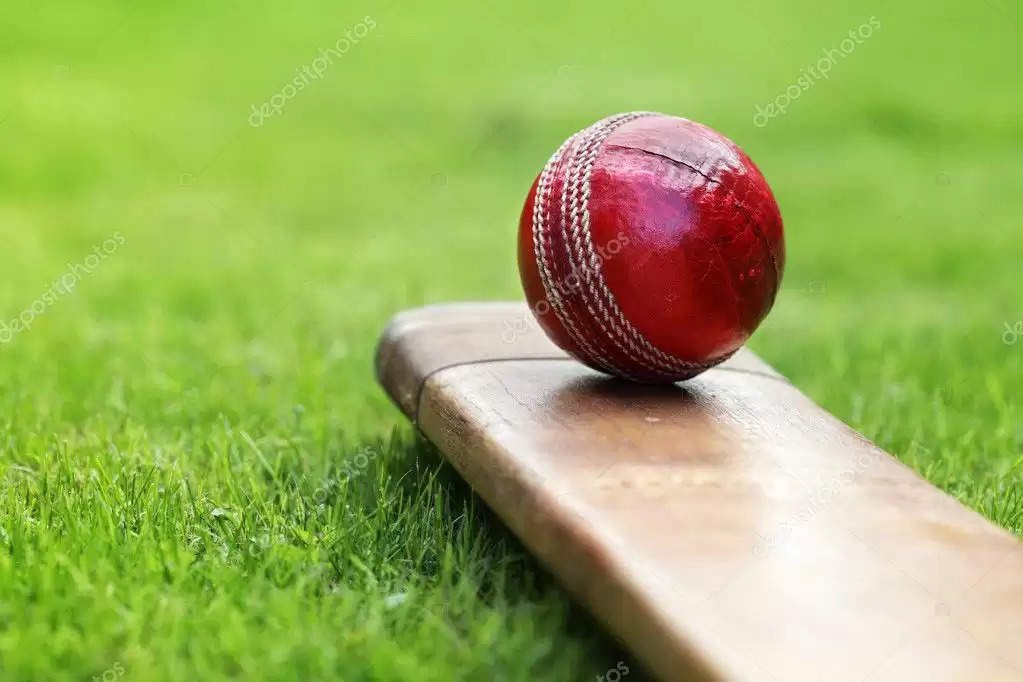 Barbarians have played two games so far, one in which they were comprehensively beaten by the Plovidv team and the other was abandoned due to rain. Mohammad Fayaz was the sensational performer for Barbarians and he also managed to get them off to a flying start. But the bowling was disappointing as they failed to take even a single wicket.

Pleven are making their first appearance in the competition and will be up against it because of a relatively weaker batting lineup. Although they have a strong bowling attack, it will be interesting to see how they shape up in the first game.

Barbarians have had the experience of having played the league before and that will certainly give them an edge in this contest.

The average score so far is well about 105 and thus any total less than that can prove to be inadequate. The bowlers are set to have a tough time.

Also Read: Focus on pitches with UAE set to double up as host for IPL 2021 and T20 World Cup

BAR vs PLE Dream11 Team for Head to Head and Small League: 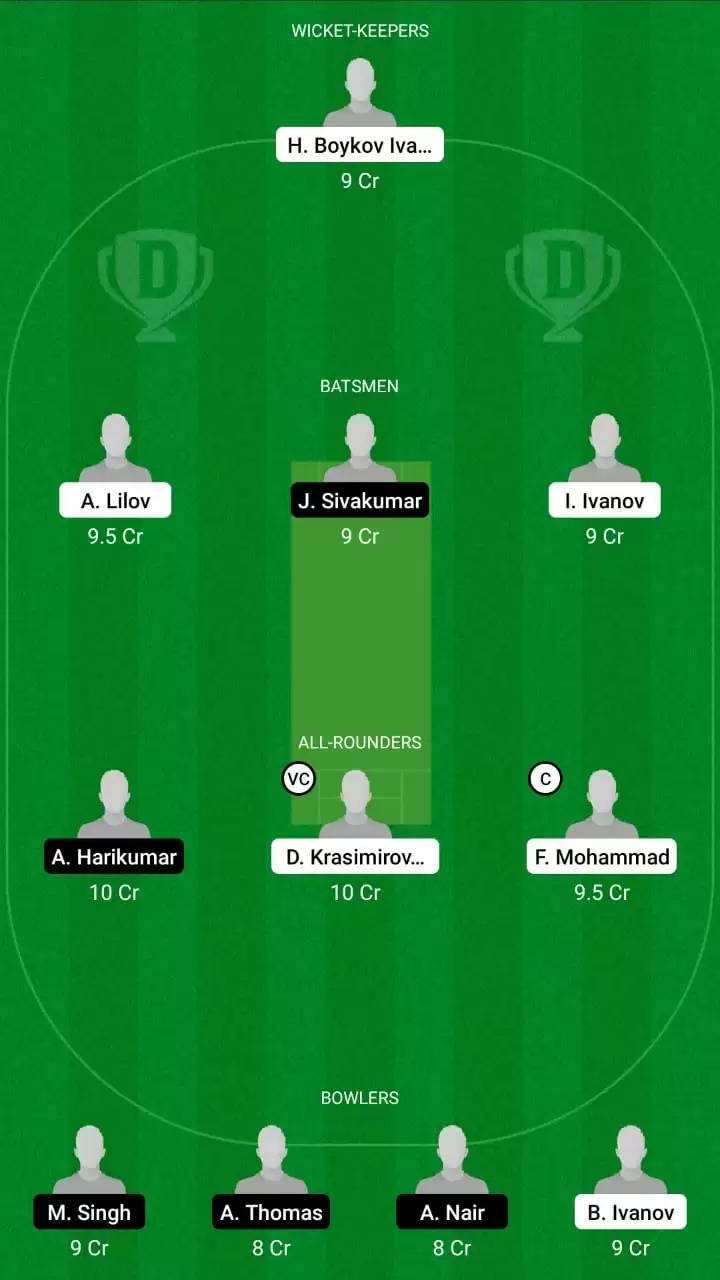 Fayaz was simply brilliant in the first game, hitting a blistering 39 off just 14 balls. He can also be handy with the ball and his all-round ability has seen him also been selected as vice-captain in the Mega league.

Dimo Krasimirov Nikolov is also a handy all-rounder. Although he had a poor game in the first outing he will be keen to make amends and dish out an impressive performance. 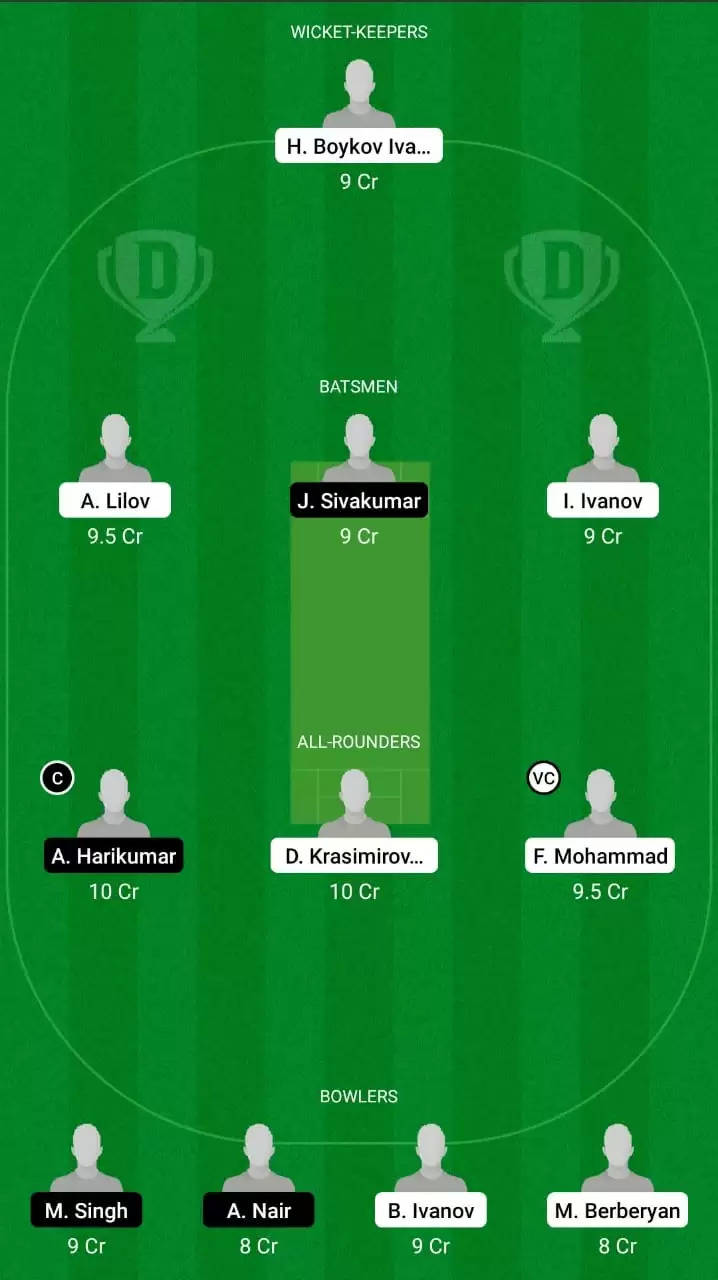 Easily his team’s best player, Akshay Harikumar will need to contribute heavily if Plevev are looking to have an impact on their debut. Batting in the top order, Harkumar can also be handy with the ball.