HUR vs THU Dream11 Prediction and Preview: This will be the eliminator game of the Big Bash 2020 season where the winners will get to play the Adelaide Strikers on Saturday. Both teams come into this game with a victory in their last game. The five team play-offs system has hugely benefitted the Thunders who […]
By Vikkash Thu, 30 Jan 2020 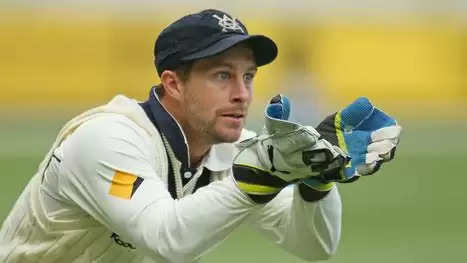 This will be the eliminator game of the Big Bash 2020 season where the winners will get to play the Adelaide Strikers on Saturday. Both teams come into this game with a victory in their last game. The five team play-offs system has hugely benefitted the Thunders who have made it to the last round. The Thunders, despite being a good team on paper, have failed to put up convincing performances except in one or two games. They heavily rely on their top order and their all-rounders and if the Hurricanes can get rid of them they can easily win the game. On the other hand, the Hurricanes too do not have a great bowling lineup and neither does their batting lineup. Macalister Wright and Matthew Wade have extended a helping hand to Short and other than that their team has been in complete chaos. If the top order fires, they have an excellent chance to win the game and will be looking to give veteran Bailey a good send off. There is a huge budget crisis in this game due to the presence of Hales, Khawaja, Wade, Ferguson and Short. It will be nice if you rotate the players and play grand leagues alone for this game.

Pitch Report:
The pitched have been two paced in almost every game except a few. Spinners have generally commanded the middle overs and it will be the same here as well. Out of 38 games played here average score batting first is 167 and team’s have chased the target successfully in the second innings 19 times so toss doesn’t play a huge role here. Anyway with the playoff pressure in mind the team winning the toss will look to bat first.

Weather Report:
The weather is expected to be fair with temperature around 21-degree Celsius. There are a no possibilities of rain halting the play.

Matthew Wade has made 339 runs in 7 innings with a monstrous hundred and 3 fantastic fifties. He opens the batting. He has a staggering average of 56 and strike rate of 174.

Scott Boland has picked 14 wickets in 9 games at an average of 20 and has been their best bowler in this season. He has given away nothing in the power play and has bowled good lengths in the death overs too.

Daniel Sams, the man with the golden arm, has picked 25 wickets at an average of 14.8 in 14 games. He is also a pinch hitter and floats around in the batting lineup. He is the leading wicket taker of this season.
Alex Hales has made 449 runs in 14 games at an average of 37. He is a gun fielder and opens the batting and has fired in the power play overs.