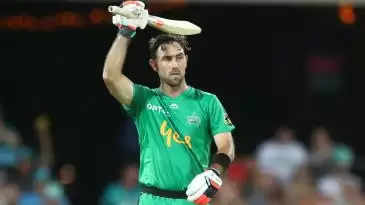 This will be the 53rd game of the tournament. The Melbourne Stars find themselves in a comfortable position having won 7 games on a trot and are placed first. They have already qualified for the Qualifier game. They have been experimenting a lot and hence lost their previous two games. The form of Maxwell and Stoinis has been a great positive for them. Absence of Rauf will hurt them though. On the other hand Heats have been damn awful with the bat despite having ABD and Lynn in their side. Inclusion of Labuschagne will boost their chances. They are desperate to get these two points else the chances for them qualifying looks bleak. That makes this game a interesting one.

Weather report:
The weather at Melbourne is set be cloudy with temperature around 24 degree Celsius. There will be cloud cover throughout the duration of the game. No rain is expected.

Pitch report:
The pitch is expected to be a decent batting track and the last few games very very slow and two paced wickets. The average score batting first is 157 in 41 games. Teams batting first have won 15 times.

Marcus Stoinis has scored 590 runs in 13 innings at an staggering average of 56. He opens the batting and recorded the all time highest BBL score this season.

Glenn Maxwell has scored 372 runs in 13 innings at an average of 53. He has boosted the run rate of the Stars in the middle overs fantastically. He can also slip in a few overs.

Brisbane Heat
Chris Lynn has made 339 runs in 12 innings at an average of 31. He opens the batting and can wreck havoc in the power play.