Prediction for DC vs LKN Dream11 Contest - Playing XI, Injury Updates, Pitch Report and Weather report for the clash between Delhi Capitals and Lucknow Super Giants in Match 45 of the IPL 2022 season.
By Robin Sharma Sun, 1 May 2022 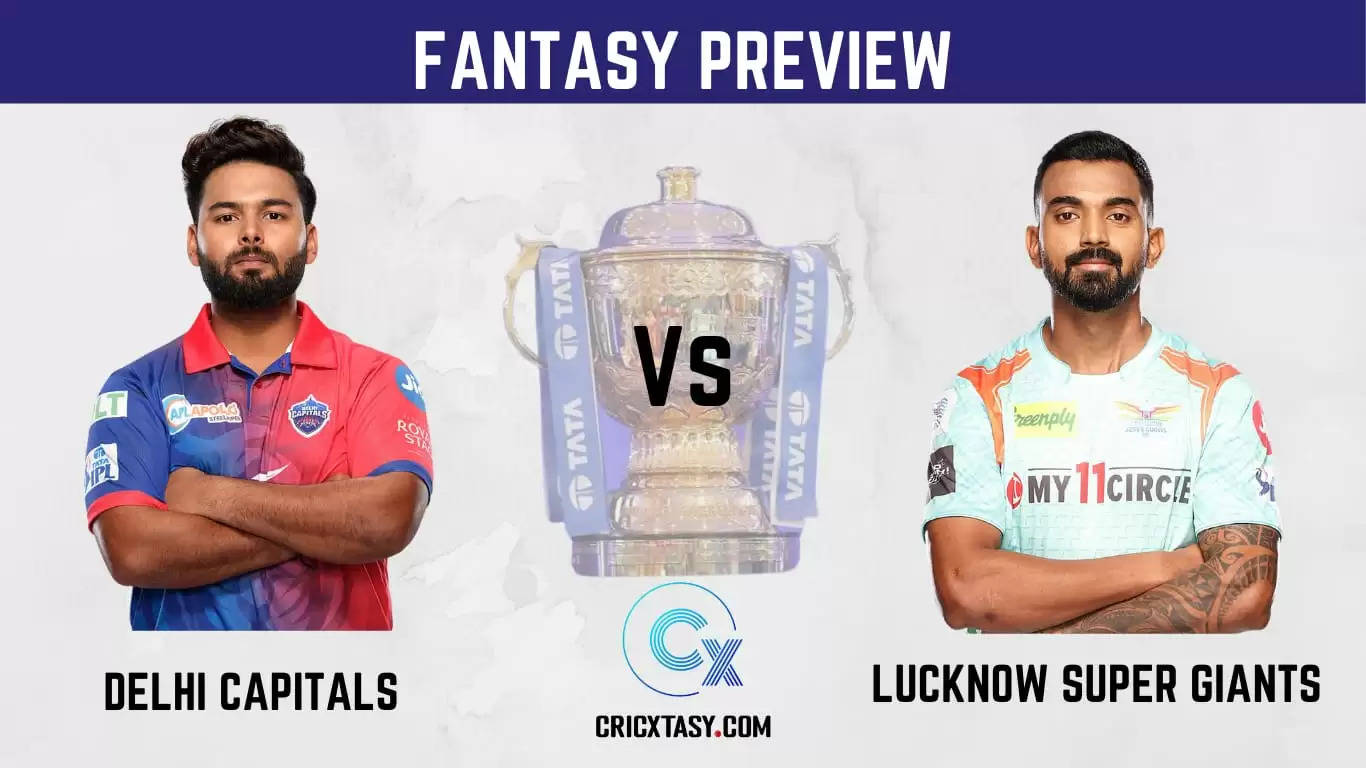 Delhi Capitals have won 4 games out of 8 they've played till now and are at the 6th position in the points table. This is a very crucial game for them and they will look to win this match and strengthen their chances of making it to the play-offs. They are heavily dependent on their openers to score the majority of the runs. Mitchell Marsh looked good in the last game while the middle-order including Rishabh Pant failed badly. Rovman Powell has done well in the last two games for them. The middle-order needs to start performing now.

Their bowlers have been brilliant and were the heroes of their win in the last game against KKR. Shardul Thakur has been inconsistent but he has bowled well and economically as well. Mstafizur Rahman did really well in the last game while Chetan Sakariya was superb as well in his first game of the season.  Kuldeep Yadav has been super consistent and picked his second 4-for against KKR this season. Axar Patel was good with the ball as well. DC needs their middle-order to fire.

Lucknow Super Giants, on the other hand, too are winning games mainly because of their bowlers. They defended 153 runs against the Punjab Kings and won the game by 20 runs. They have one of the best opening pairs of the league in KL Rahul and Quinton de Kock. Their middle-order has been a little inconsistent as well. Krunal Pandya and Deepak Hooda are the consistent performers.

Their bowlers have been phenomenal. Dushmantha Chameera is in great form while Mohsin Khan bowled really well in the last game and picked 3 wickets. Krunal Pandya is in exceptional form with the ball and has been the star of his team in the last two games. Jason Holder has bowled very economically as well. Ravi Bishnoi hasn’t been at his best but he is bowling well. Lucknow needs support from their batters and they will be the team to beat in IPL 2022 if they can do so.

Wankhede stadium has been an excellent venue for batting and it will be the same in this game as well. The pitch has good bounce and that allows the batters to play their shots trusting the pitch. The bounce on this pitch will help the pacers as well. It won’t swing much as it’s a day game. Spinners will be crucial for this game. The average first innings score here is 167 runs. Chasing teams have won 2 out of the last 5 games played here. Teams may look to bat first and put up a good score on the board.

Lucknow Super Giants are expected to be unchanged for this game

Anrich Nortje if fit can replace Mustafizur Rahman in the XI. 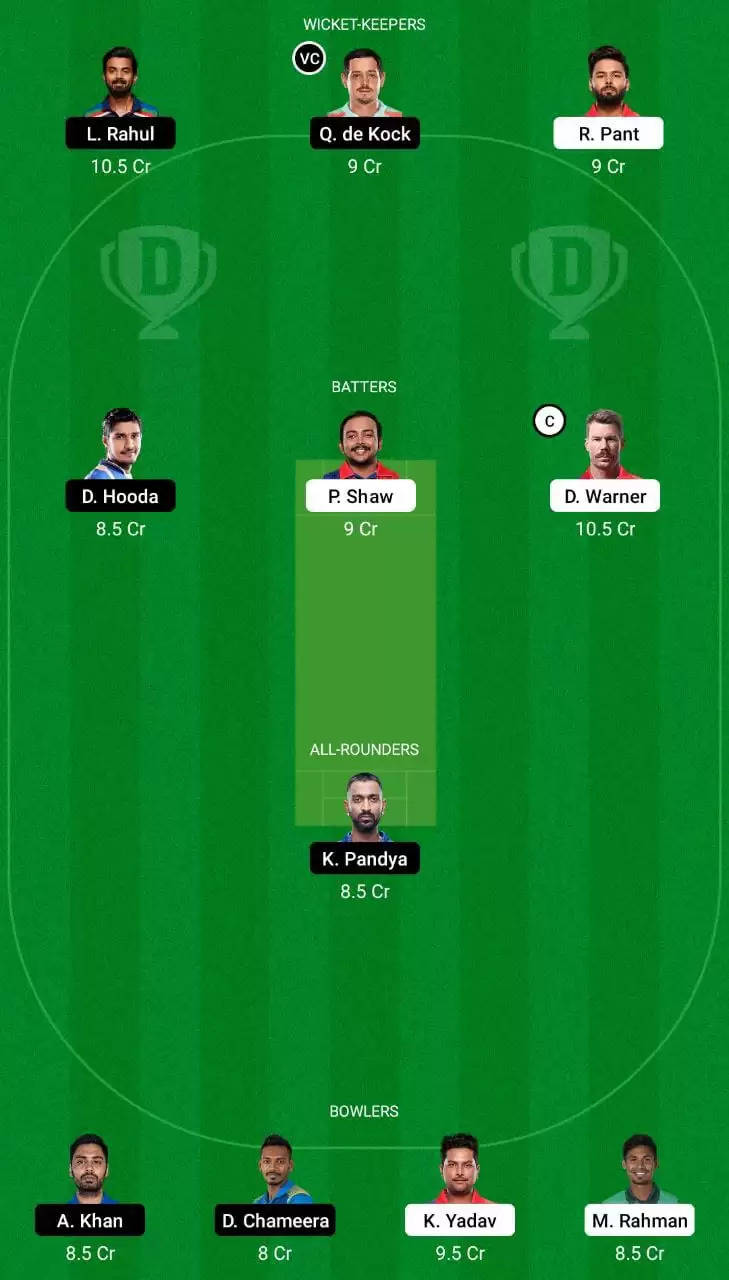 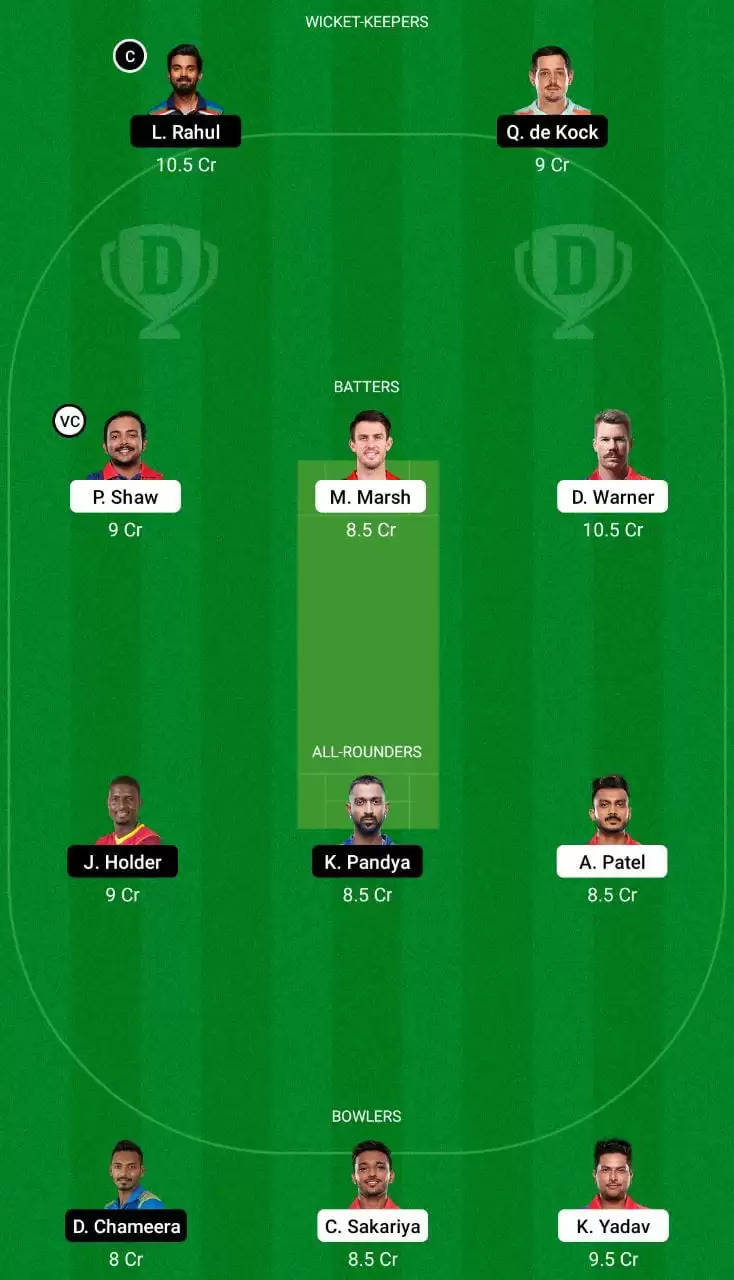 Which Contests to Join for DC vs LKN Dream11 Match