Prediction for DC vs PBKS Dream11 Contest - Playing XI, Injury Updates, Pitch Report and Weather report for the clash between Delhi Capitals vs Punjab Kings in Match 32 of the IPL 2022 season.
By Robin Sharma Wed, 20 Apr 2022 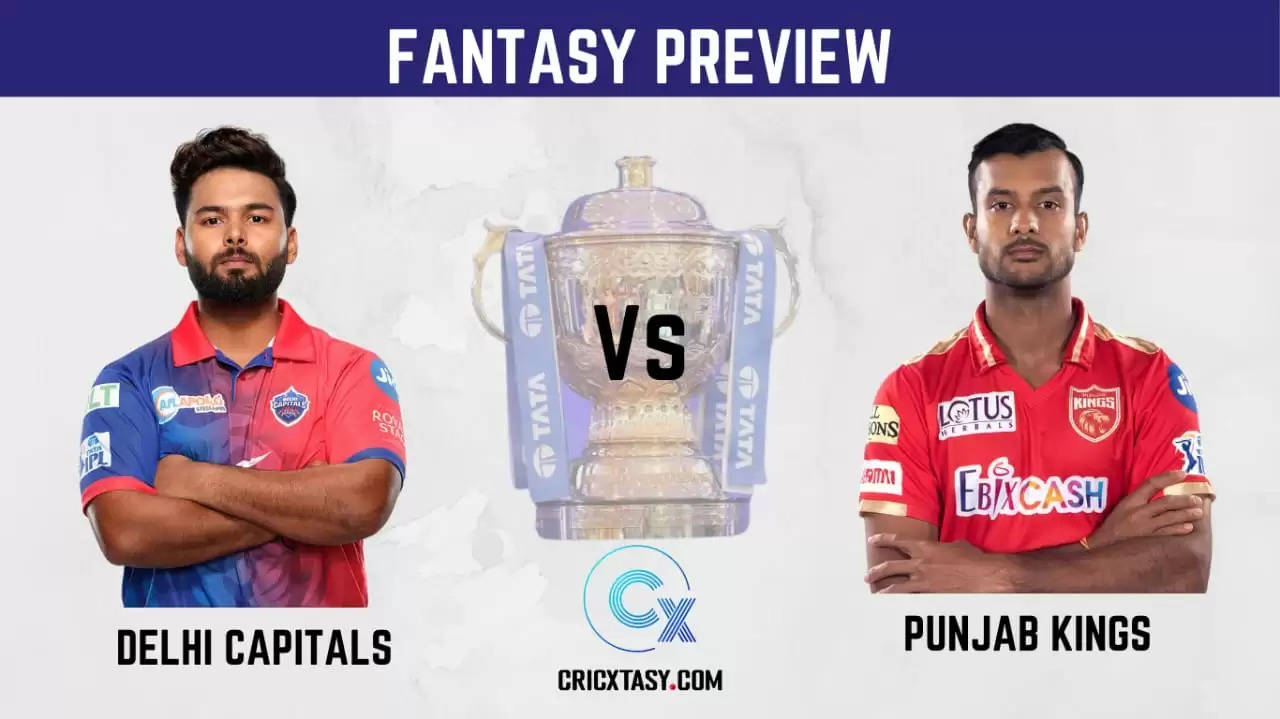 Mitchell Marsh and four other members of the DC contingent (not players) have been tested COVID positive. This game has been shifted to Mumbai instead of Pune. The match will go forward only if the rest of the DC players test negative in the RT PCR test.

Delhi Capitals are at the 8th position with 2 wins in 5 matches. They lost their last game against RCB by 16 runs. Delhi have one of the best opening pairs in the league in David Warner and Prithvi Shaw. Both of them are looking in excellent form as well. The middle-order has been a bit inconsistent and this is an issue for them. Rishabh Pant has been average with the bat while all the others in the middle-order have failed. Lalit Yadav, Axar Patel, and Shardul Thakur are the major contributors with the bat in the lower order. Rovman Powell’s failure has hurt them in the finishing department.

The bowlers have done a good job till now. Kuldeep Yadav, Shardul Thakur, Mustafizur Rahman, etc have been very consistent with the ball. Khaleel Ahmed has been excellent as well. Axar Patel is yet to give his best but he has been decent as well. DC needs their middle-order to take responsibility as the tournament progresses.

Punjab Kings are at the 7th position with 3 wins in 6 matches. They were defeated by the Sunrisers Hyderabad very convincingly by 7 wickets in their last match. Punjab has been a very attacking batting unit and the batters keep playing their shots despite wickets failing regularly. Shikhar Dhawan has been very consistent for them. Liam Livingstone has been their best and most aggressive batter. Johnny Bairstow is yet to fire but he is a very destructive batter as well. Jitesh Sharma has been brilliant for them while Shahrukh Khan too flexed his muscles in the last game. Batting depth has been an issue for Punjab and they need at least one or two of their batters to play till the end.

Their bowling has been good. Kagiso Rabada is their lead pacer and has done a good job till now. Arshdeep Singha and Vaibhav Arora have assisted him quite well. Rahul Chahar has been exceptional with his leg-spin and Livingstone too has been decent whenever he has bowled. Odean Smith has been expensive but they are backing him to do well. Punjab needs their batters to be a little sensible and assist their bowlers well.

Brabourne has been the best batting venue in IPL 2022. The average first innings score here is 190 runs which shows how good it is for the batters. 217 was almost chased down in the last game played here. The boundaries are on the smaller side at one end and there is a lot of dew as well in the second innings. There is some help for the pacers initially. Spinners too will get some help. Chasing sides have won 9 out of 10 matches here. Teams will look to chase after winning the toss in this game as well.

Both teams have a decent squad but Delhi Capitals are looking more balanced and will be the favorites to win this match.

Sarfaraz Khan will replace Mitchell Marsh in the XI. No other changes are expected as of now.

Mayank Agarwal, if fit, will replace Prabhsimran Singh at the top. 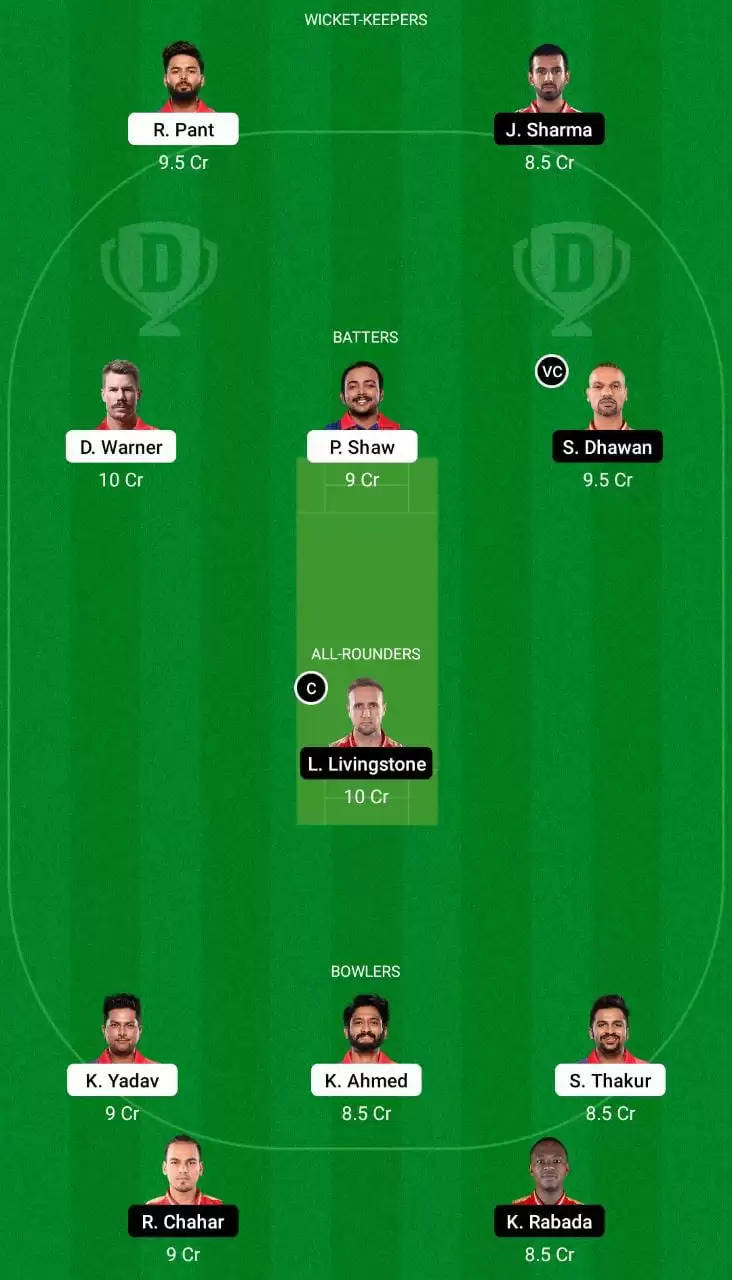 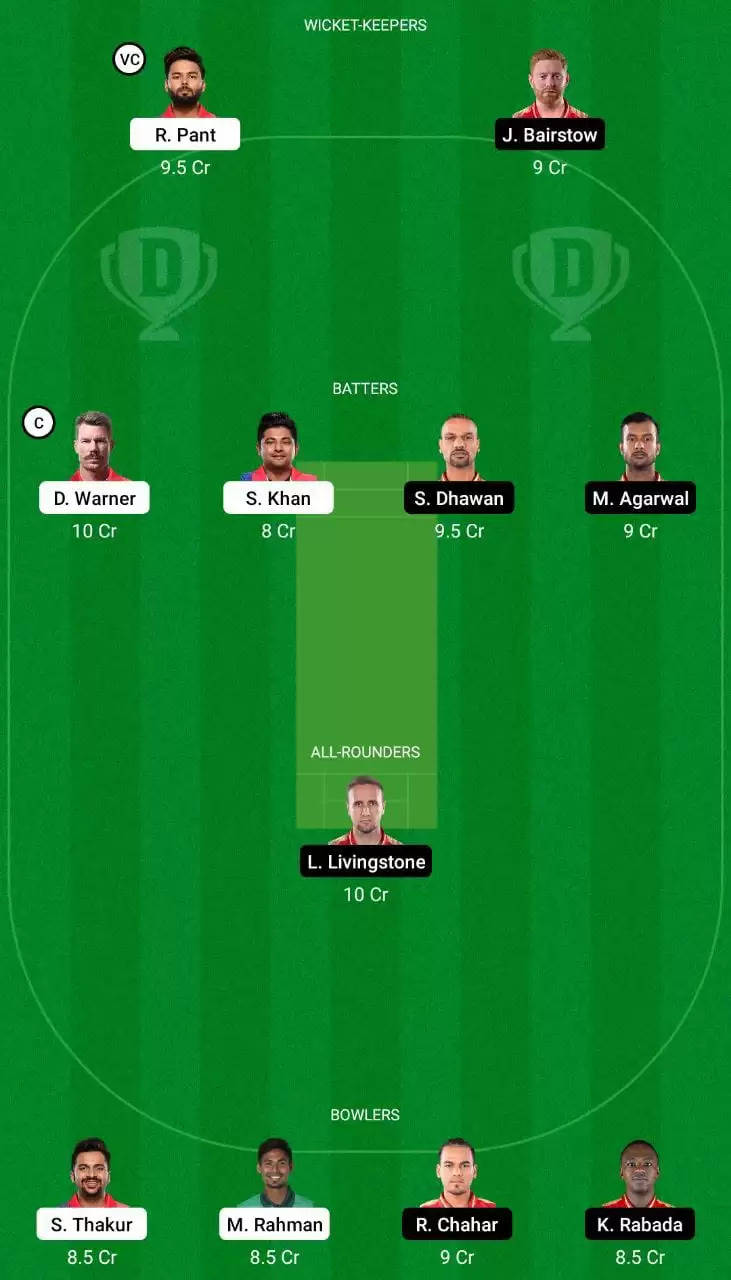 Which Contests to Join for DC vs PBKS Dream11 Match