Preview for ENG vs AUS Dream11 Contest: Ashes rivals England and Australia will be entering another riveting battle in their respective third game of the T20 World Cup 2021 in Dubai on Saturday (October 30). The two teams having won both of their previous encounters will be hoping to continue their winning run and nearly […]
By Kashish Chadha Fri, 29 Oct 2021 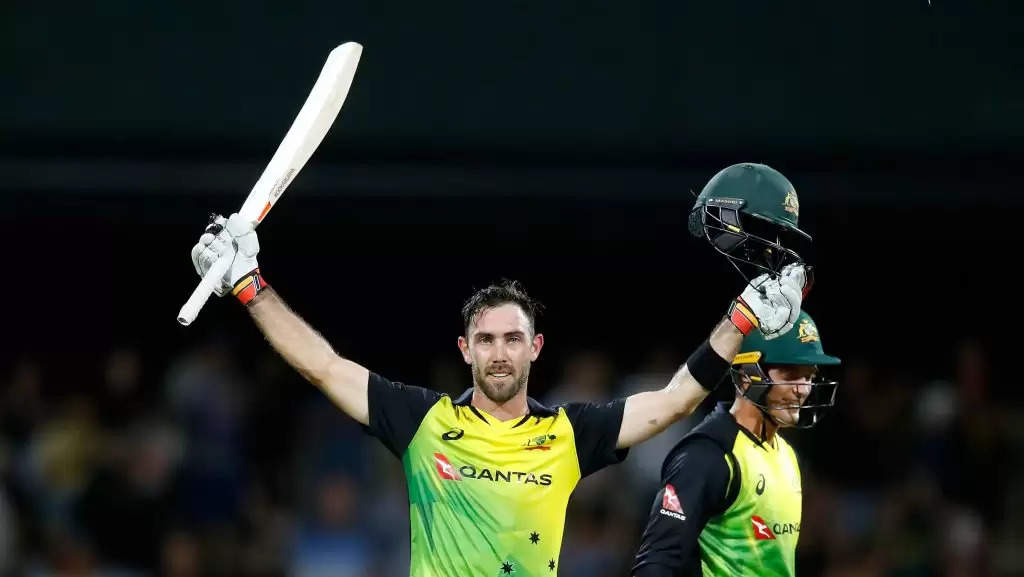 Ashes rivals England and Australia will be entering another riveting battle in their respective third game of the T20 World Cup 2021 in Dubai on Saturday (October 30).

The two teams having won both of their previous encounters will be hoping to continue their winning run and nearly secure a berth in the semis.

The Aussies are heading into the contest after defeating South Africa and Sri Lanka, while England dominated West Indies and Bangladesh in their last two games.

A win here will take them to the top of the table in Group 1 and put the other side under pressure for the rest of the Super 12 stage.

Pitch Report: Dubai has had a dual nature in the T20 World Cup so far. The ground has offered spinners just enough grip and turn to make batters’ life difficult in the first half, but has sped up and seen the ball come onto the bat nicely in the second half because of the dew. Expect another of such surface for this one, where the toss will again be of great importance for either side. 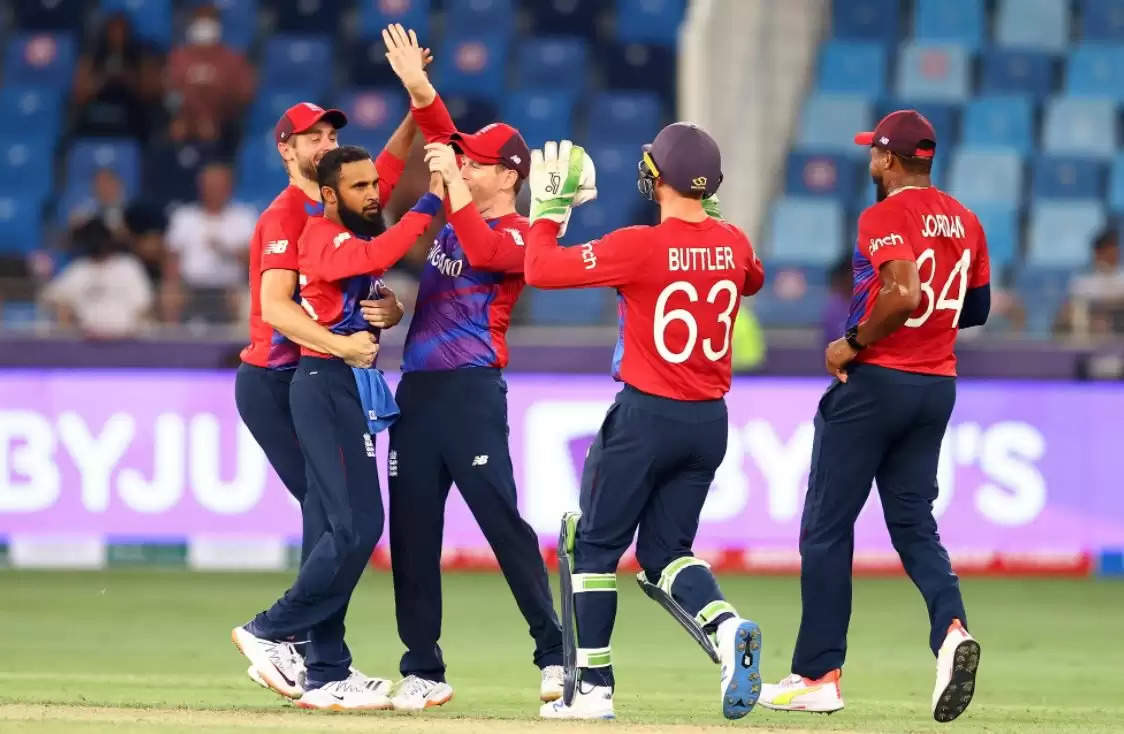 Can England inch over Australia in the ENG vs AUS game?

A difficult one to predict since both the sides have won their previous matches and have performed strongly in either department. To counter Australia’s strong bowling attack, England have a much-vaunted batting unit. And to make Aussie batters’ stay more difficult, the three lions have a similarly in-form bowling unit. Expect a close encounter where England may just manage to keep the Australians at bay because of their batting depth, especially if they win the toss and bat second.

Jos Buttler may have not had a substantial score in the tournament so far but the star opener and wicketkeeper stays a rewarding captaincy pick. If Buttler turns up, he can singlehandedly take the game away from Australia. The explosive right-hander has scored 1,913 runs in his T20I career for England while carrying a strike-rate of 138.82.

Like Buttler, Maxwell too hasn’t troubled the scorers much in the last two games. But the unorthodox Aussie right-hander is undoubtedly in very good form. Maxwell had one of his most prolific IPL seasons heading into this T20 World Cup. Playing for Royal Challengers Bangalore (RCB), the 33-year-old made 513 runs in IPL 2021 with an average of 42.75 and strike-rate of 144.10.

Warner is suddenly back in contention for captaincy because of showing encouraging signs of a return to form in Australia’s last game against Sri Lanka. The experienced opener blasted a magnificent half-century in his team’s victory. If Warner retains his touch from here on, there is hardly anyone more rewarding as a captaincy pick than him.

Hazlewood has bowled brilliantly in his team’s previous two matches. The Aussie quick gave away only 26 runs off his four overs against Sri Lanka in the last match, having earlier bagged figures of 2/19 versus South Africa. Hazlewood has been in really good form and rhythm since the start of the UAE leg of IPL 2021.

Despite an extended gap since March, lead pacer Cummins has shown no signs of rust in the T20 World Cup so far. The experienced quick has played his part for the Aussies, going for 1/17 off his 4 overs against South Africa and 2/34 versus Sri Lanka.

Mills has been terrific for England on his international comeback. The left-arm pacer is England’s top wicket-taker of the tournament so far. Mills has picked up 5 scalps while carrying an economy rate of just 5.50. His ability to bowl the back of the hand slower ball with indecipherable precision on dry UAE tracks makes Mills a very difficult bowler to get away. 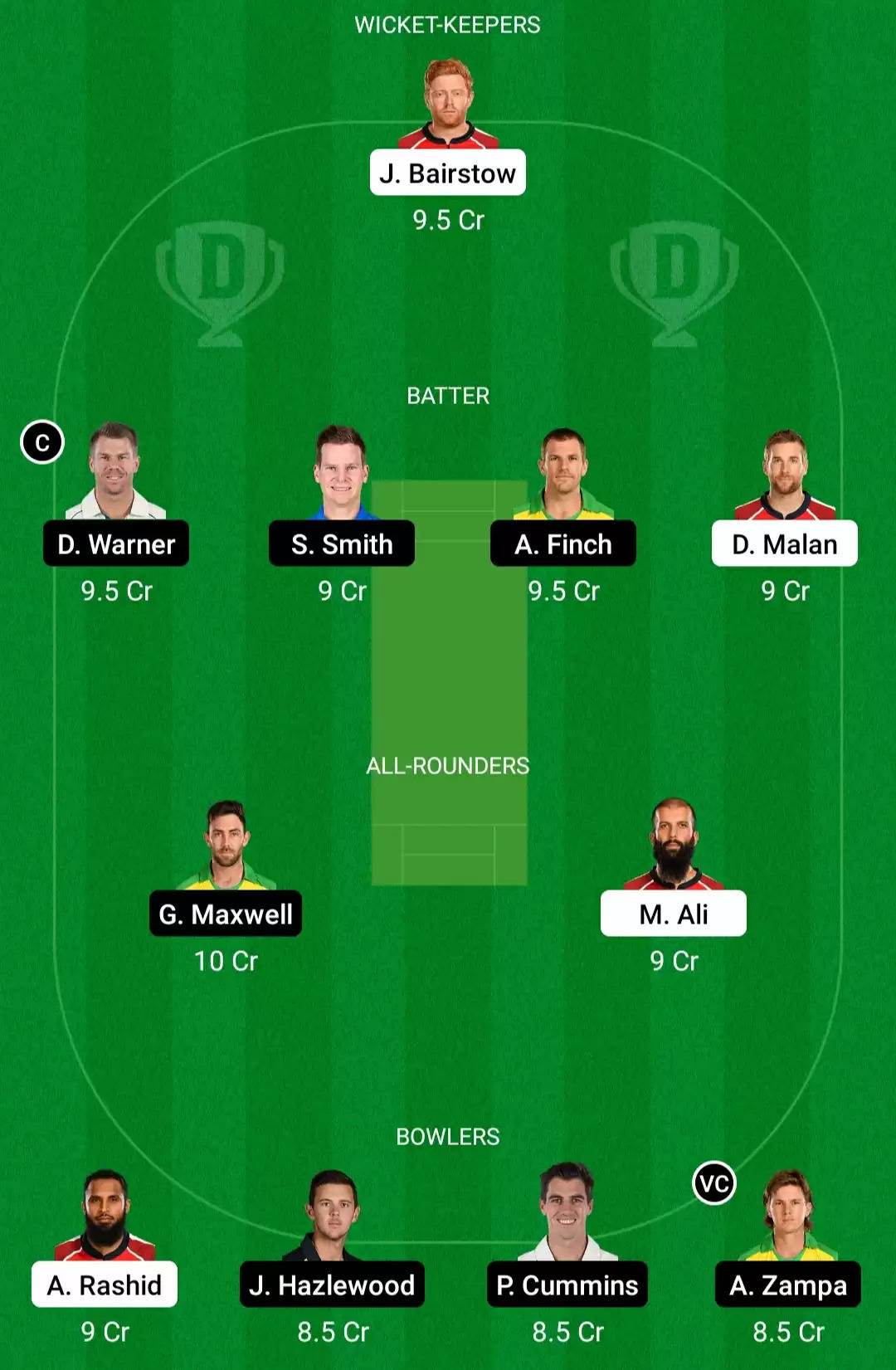 Small/Head to Head Team for ENG vs AUS Dream11 Contest 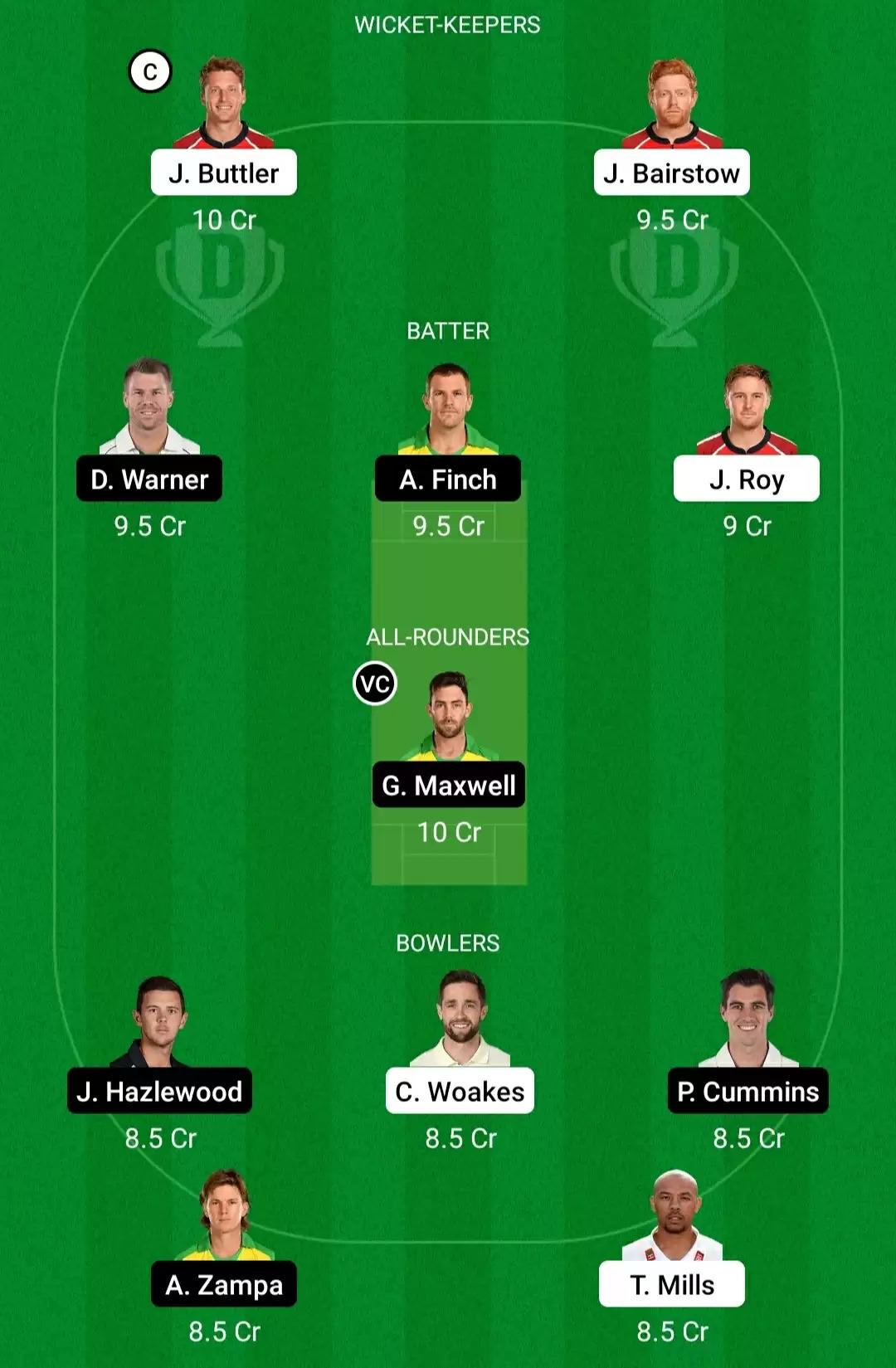