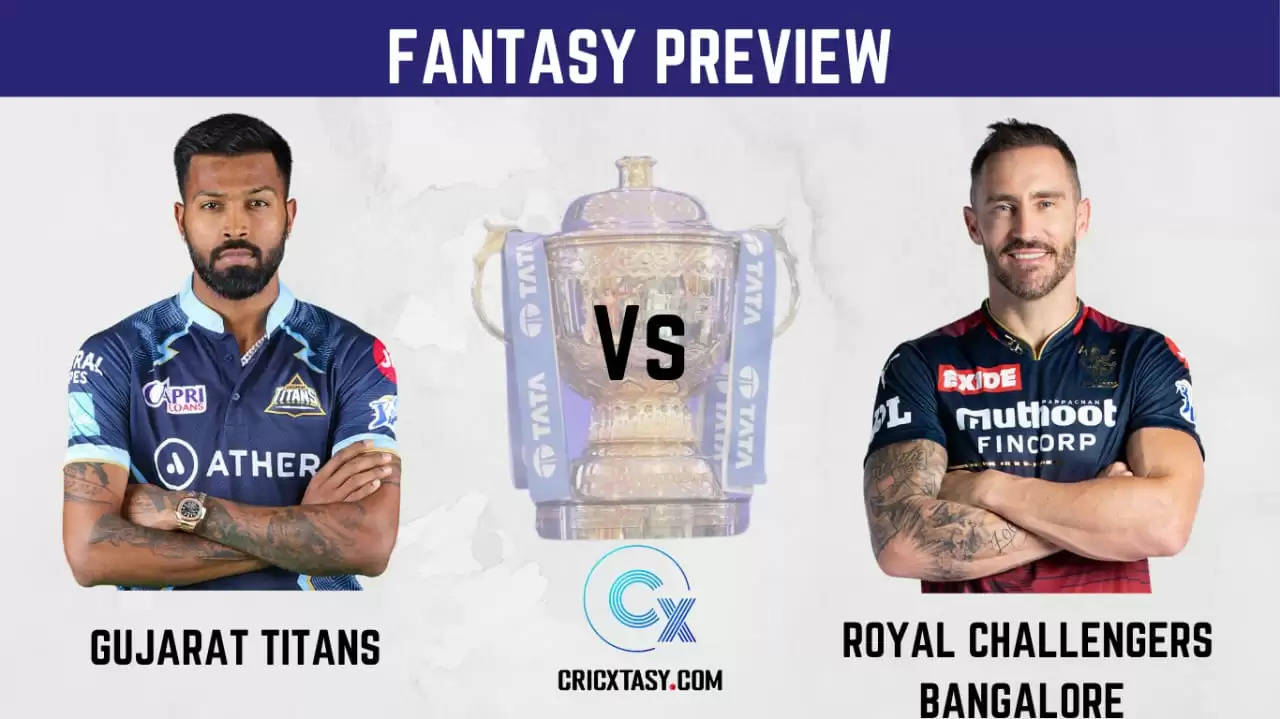 Gujarat Titans are at the top of the points table with 7 wins in 8 matches. They are on a winning streak of 4 matches. They defeated the Sunrisers Hyderabad in a thriller of a game by 8 runs. Their top openers did well in the last game especially Wriddhiman Saha who made full use of the field restrictions and scored a half-century. Shubman Gill too looked good. Hardik Pandya had a rare failure but he is in great form. Rahul Tewatia and Rashid Khan turned things around and took their side over the line by chasing 22 runs in the last over. Gujarat Titans have good depth in their batting and they will look to continue their good performance with the bat.

Their bowling attack is the main reason for their excellent performance. Mohammad Shami, Rashid Khan, and Lockie Ferguson have been brilliant while Alzarri Joseph and Yash Dayal have been in good form as well. Lockie Ferguson had an off day in the last game. Mohamamd Shami was brilliant as he again picked early wickets with the new ball. Yash Dayal and Alzarri Joseph too bowled well towards the end.

The Royal Challengers Bangalore, meanwhile, have struggled in the last two games. Their batters have failed in both the games and that’s the main reason for their poor performance. Virat Kohli’s form is a big concern for them while Faf du Plessis too has failed except two innings. Glenn Maxwell is the only inform batter for RCB. The others have failed miserably in the middle-order. Dinesh Karthik too has failed after a brilliant start to IPL 2022. RCB needs their batters to step-up and start performing with the bat.

Their bowling has been excellent and it is their strength. Josh Hazlewood has been exceptional while Mohammad Siraj came back to form in the last game. Harshal Patel hasn’t been at his best and needs to do well in the death overs. Wanindu Hasaranga has been excellent in the spin department. RCB has all bases covered in their bowling and the team will depend on the bowlers to win matches.

Brabourne has been one of the best venues for batting in IPL 2022. The dimensions of the ground are not that big and the flat pitch assists the batters quite well. This is a day game so there won’t be much help for the pacers with the new ball. Spinners will be very crucial in this match. Teams may look to win the toss and bat first. The average first innings score here is 178 runs and chasing sides have won 10 out of 11 games played here.

Gujarat Titans have been the best side in IPL 2022. They are looking very balanced and are doing well in both batting and bowling. They will be the favorites to win this game.

Gujarat Titans will be unchanged for this game.

RCB may bring in Mahipal Lomror for Rajat Patidar. 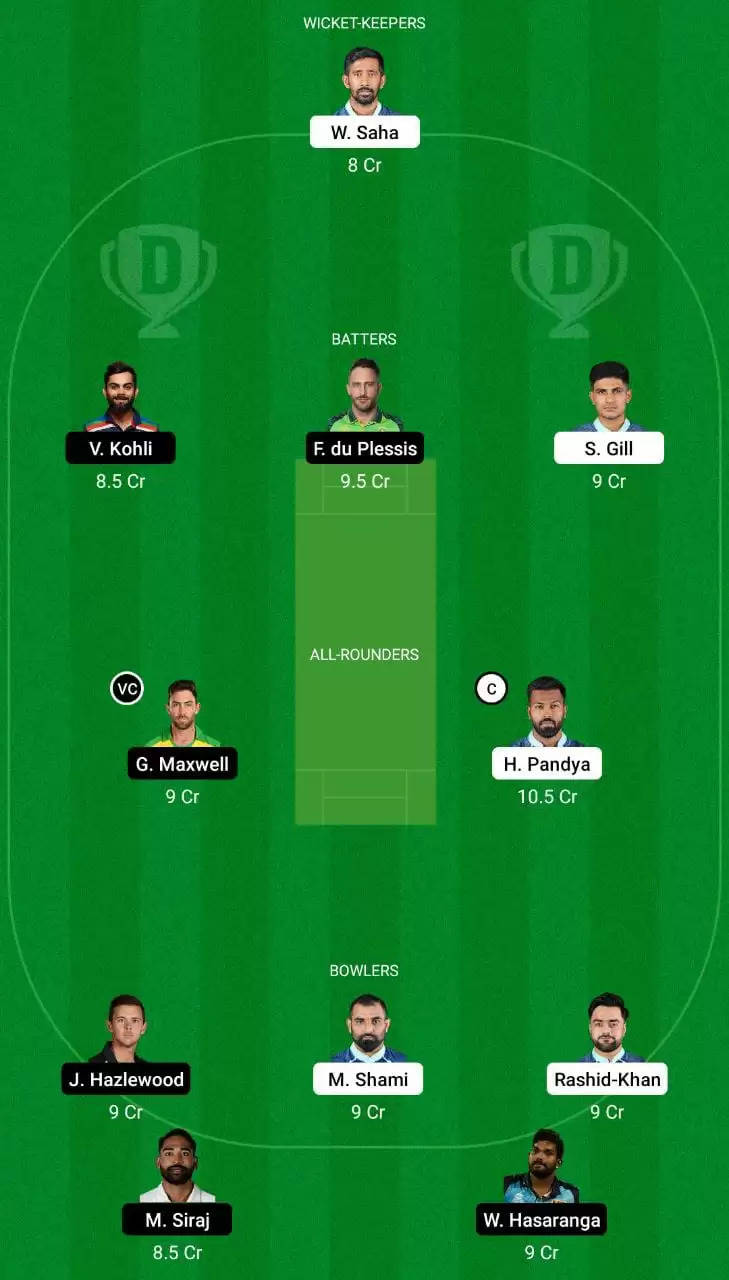 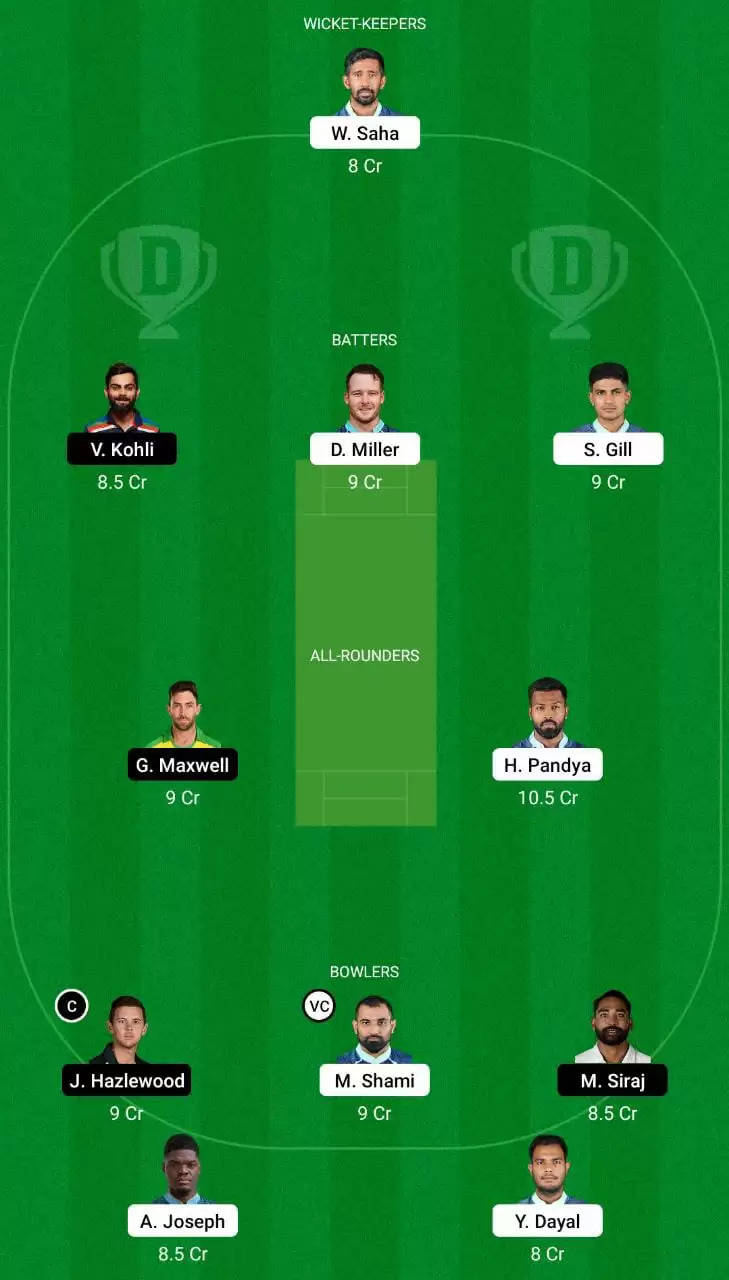 Which Contests to Join for GT vs BLR Dream11 Match