Prediction for GT vs CSK Dream11 Contest - Playing XI, Injury Updates, Pitch and Weather report for the clash between Gujarat Titans vs Chennai Super Kings in Match 29 of the IPL 2022 season.
By Robin Sharma Sun, 17 Apr 2022

Gujarat Titans are on a roll with 4 wins in 5 matches. They are sitting pretty at the top of the points table. They defeated the Rajasthan Royals by 37 runs in their last match. Their batters, especially Hardik Pandya has been in exceptional form and others have played around him quite well. Abhinav Manohar too has shown his potential in the last two games. Shubman Gill has been cold since his two back to back 80+ scores but he is in good form as well. David Miller too scored some runs in the last match.

The bowlers have been very consistent for the Gujarat Titans. Lockie Ferguson, Rashid Khan, Hardi Pandya, and Mohammed Shami have been very consistent. Lockie picked 3 wickets in the last game. Shami has been a little hot and cold but expect him to do well. Rashid Khan, as usual, has been very economical. Hardik Pandya has been bowling well while Yash Dayal picked 3 wickets in his first IPL match. Gujarat will look to continue their winning momentum forward.

Chennai Super Kings, on the other hand, won their first game of IPL 2022 against RCB by 23 runs. Their batters finally came to the party and won the game for the side. Shivam Dube scored a brilliant 95* while Robin Uthappa scored 88 in the last game. Both absolutely demolished the bowlers and helped CSK post a total of 215 runs. CSK scored 156 runs in the last 10 overs. Ruturaj Gaikwad’s poor form is a big concern for the Men in Yellow. Rayudu is due a big knock as well. Moeen Ali needs to be consistent too. CSK will expect a similar performance from their batters as they did in the last game.

The bowlers too did a good job in the last match. Maheesh Theekshana was at his best and picked up 4 wickets. DJ Bravo used all his experience and didn’t allow the game to slip away. Ravindra Jadeja picked 3 wickets which is a great sign for the CSK bowling unit. Mukesh Choudhary was decent too. Chris Jordan was very expensive and will look to improve. CSK needs to perform as a team if they are to give themselves any chances of qualifying for the play-offs.

Pune has been a great venue for batting in IPL 2022 so far. All the games have been high scoring at this venue. There will be movement with the new ball and spinners will be into the game as well until dew comes in. The average first innings score here is 173 runs and chasing sides have won 2 out 5 games played here in IPL 2022. Teams will look to chase here after winning the toss.

CSK despite doing well in the last game has a mountain to climb against the Gujarat Titans who are in great form and have a more balanced side. Gujarat Titans are the favorites to win this game against CSK.

Gujarat Titans will be unchanged for this match.

Adam Milne is fit and will be available for this game. One of Milne or Dwaine Pretorius will replace Chris Jordan in the XI. Rajvardhan Hangargekar or Simarjeet can replace Mukesh Choudhary. 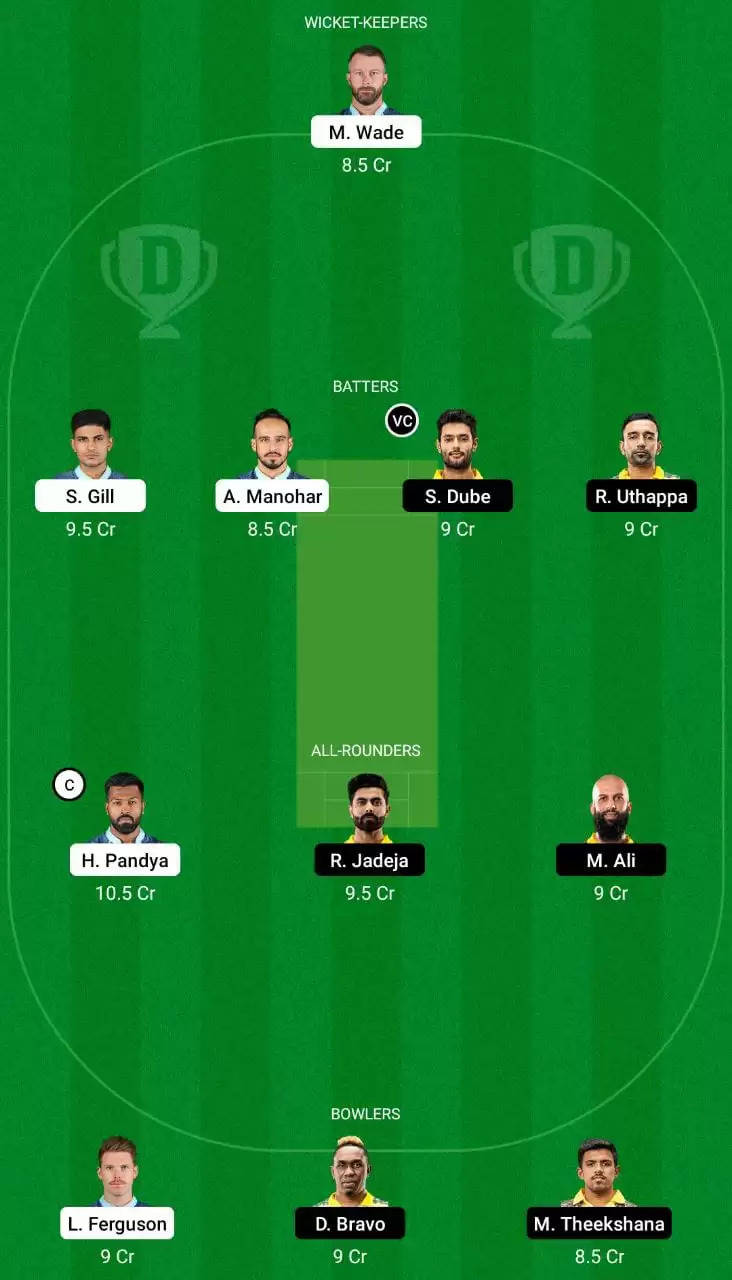 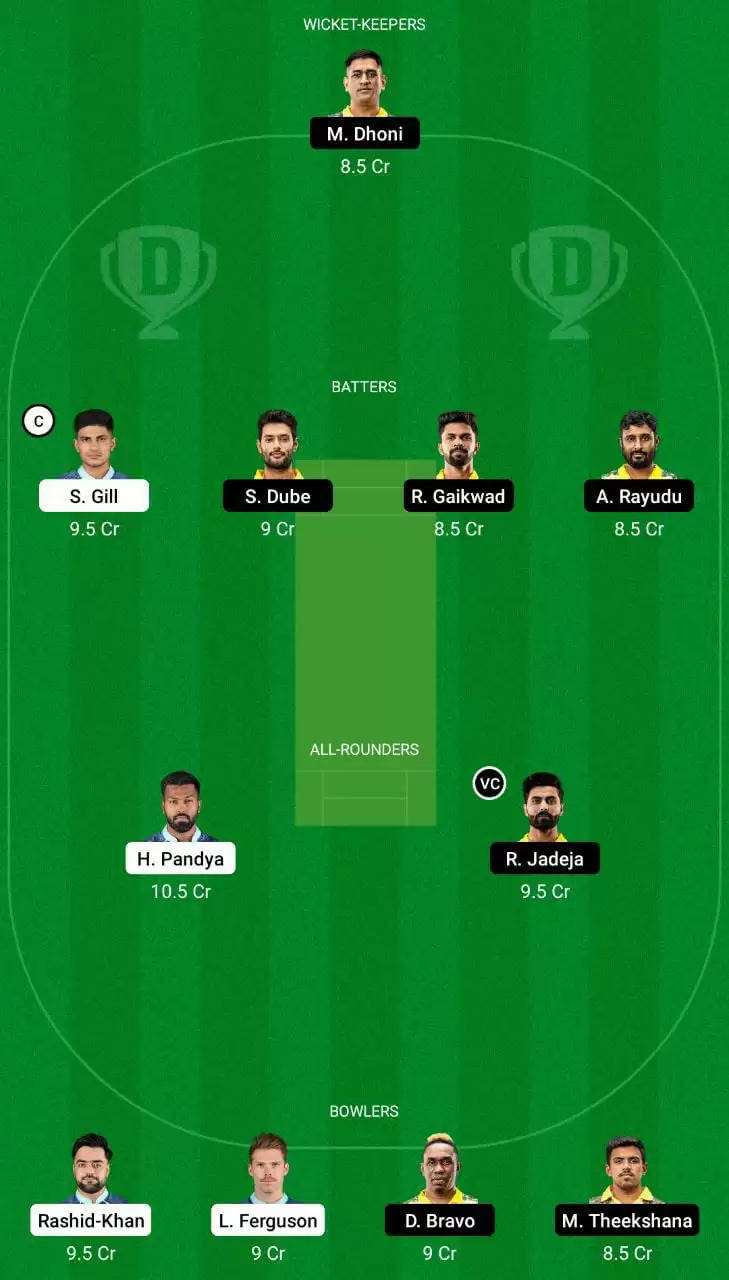 Which Contests to Join for GT vs CSK Dream11 Match