Prediction for GT vs MI Dream11 Contest - Playing XI, Injury Updates, Pitch Report and Weather report for the clash between Gujarat Titans and Mumbai Indians in Match 51 of the IPL 2022 season.
By Robin Sharma Fri, 6 May 2022 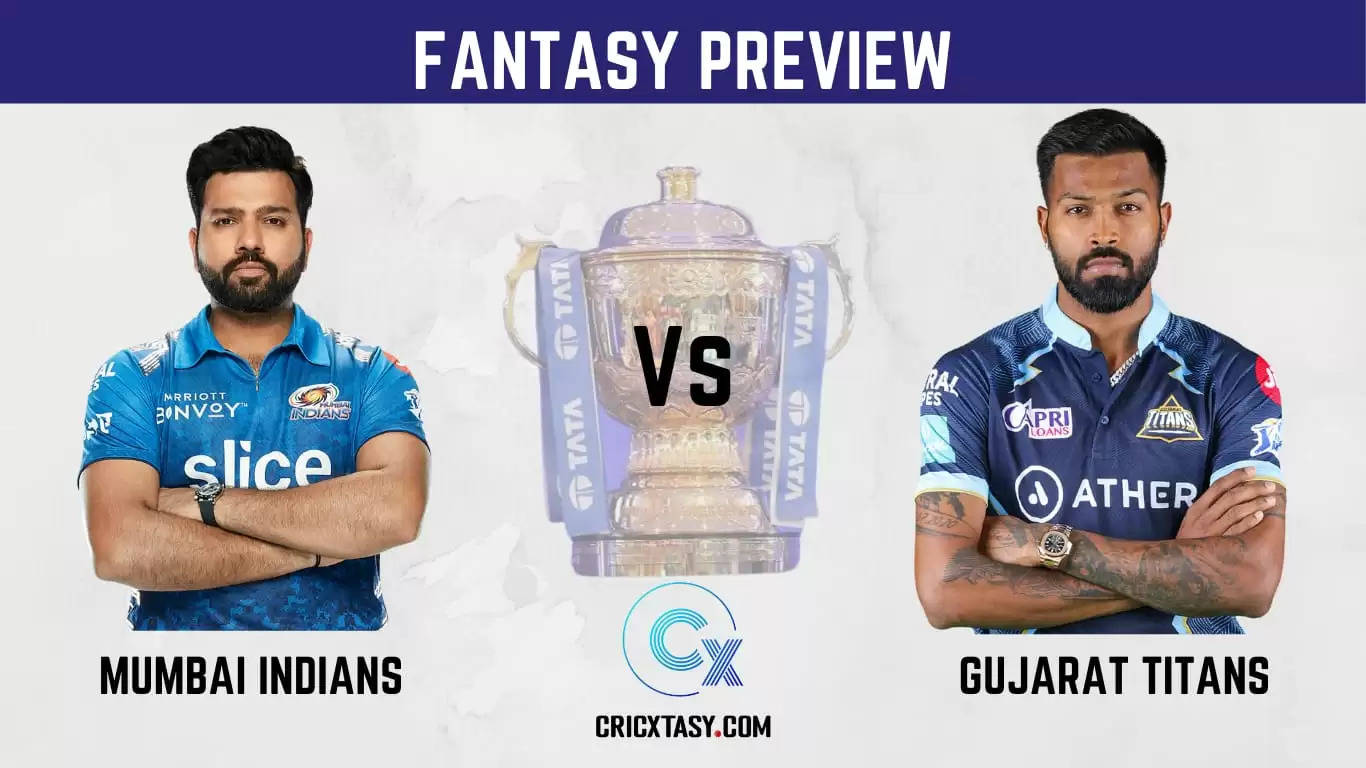 Gujarat Titans are at the top of the points table with 8 wins in 10 matches. They need one win to secure a place in the play-offs. Gujarat lost their last game against the Punjab Kings by 8 wickets. It was their second loss of this season. Shubman Gill looked in good touch before he was run out in the last match. Wriddhiman Saha plays freely in the power play and looks to take advantage of the field restrictions. Hardik Pandya has failed to score in the last three games and it will be a little concerning for the Titans. Sai Sudarshan scored a half-century and is looking in good form. David Miller and Rahul Tewatia are in excellent form as well. Gujarat needs the top order to do well.

Their bowling is one of the best in the league. The pace trio of Mohammad Shami, Lockie Ferguson, and Alzarri Joseph is one of the best pace attacks. But only Mohammad Shami has performed consistently and Gujarat will need the others to perform as well. Rashid Khan is their only spinner and he has been in good form and has bowled really well. Pradeep Sangwan has been average as their 4th pacer. Gujarat has a good bowling unit but they are one bowler short and that may hurt them going ahead in the tournament.

Mumbai Indians, meanwhile, finally won their first game in IPL 2022 after losing 8 matches. They defeated the Rajasthan Royals by 5 wickets. Nothing has gone in MI’s favor in this season and they are already out of the play-offs race. This means that they can play freely in the remaining matches. Rohit Sharma’s form has been the biggest reason for their failure this season. Ishan Kishan too has been below average. Ishan looked in some form in the last match. Suryakumar Yadav and Tilak Varma have been exceptional for MI and are the only consistent batters for them. Kieron Pollard has been awfully out of form. Tim David showed glimpses of his talent in the last match.

Mumbai’s bowling unit has been ineffective. Jasprit Bumrah is far from his best with the ball while they don’t have any good pacers to assist him. But Daniel Sams has bowled well in the last few matches while Riley Meredith too has been good in the last two games. They have strengthened their spin attack as Hritik Shokeen and Kumar Kartikeya bowled well in the last match. MI will look to play freely in the remaining games and can be a tough team to beat.

The pitch at the DY Patil Sports Academy has been on the slower side in the first innings. The ball has stopped a bit and there has been turn for the spinners as well. But it still is a good pitch to bat on. There has been dew in the second innings and that has eased things for the batters. The average first innings score is 166 runs at this venue and chasing sides have won 9 out of 15 games played here in IPL 2022. Teams will look to chase after winning the toss.

Yash Dayal may replace Pradeep Sangwan for this match.

Mumbai Indians are expected to be unchanged. 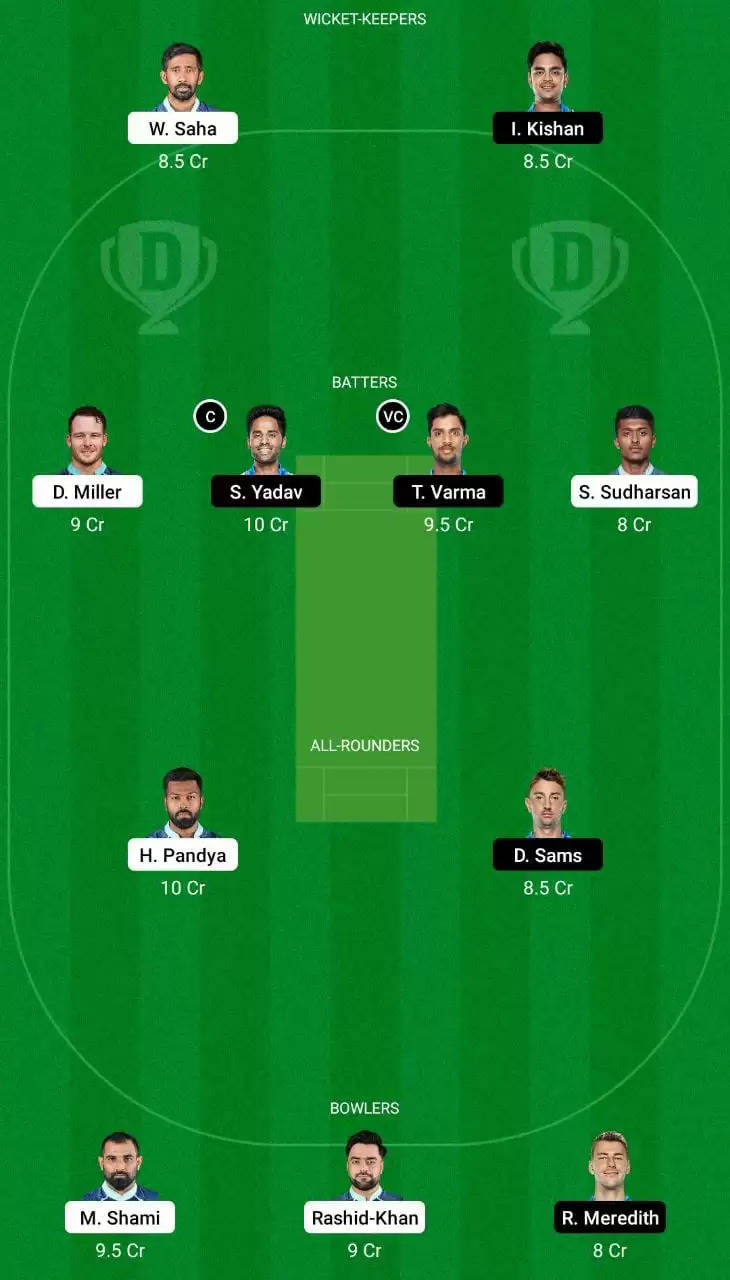 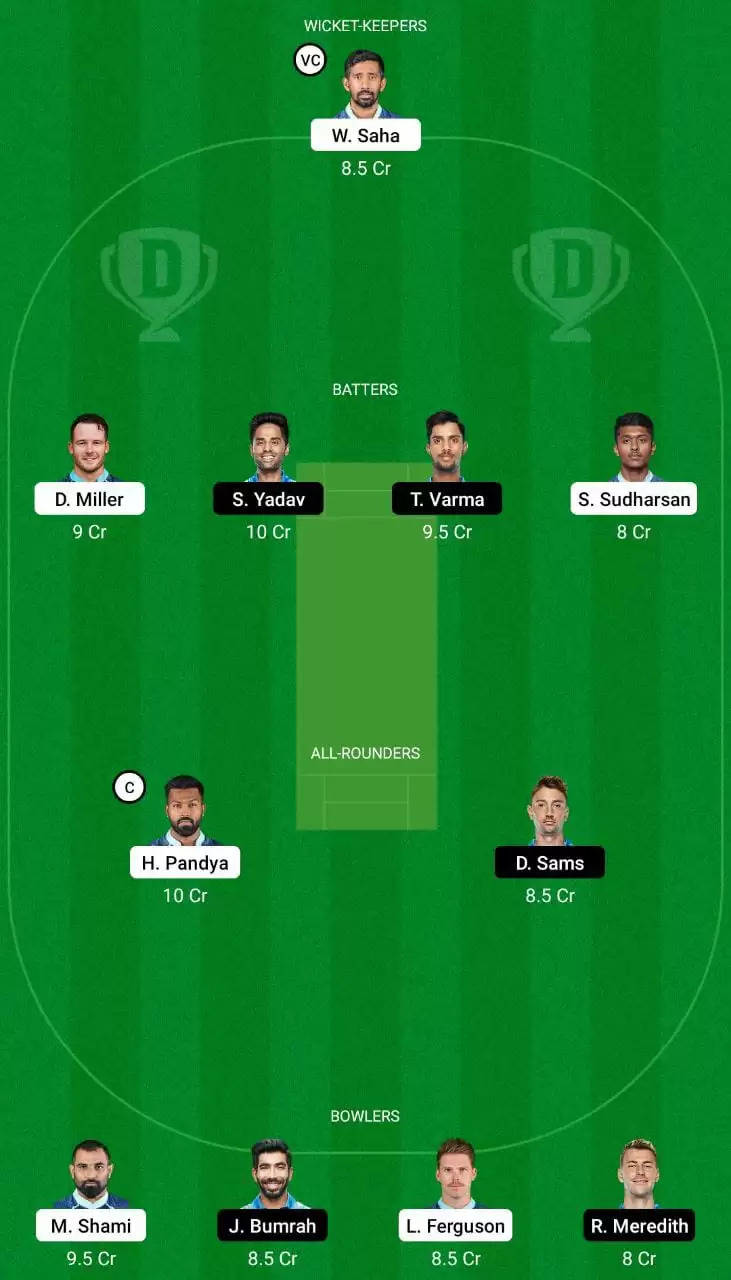 Which Contests to Join for GT vs MI Dream11 Match