Prediction for GT vs PBKS Dream11 Contest - Playing XI, Injury Updates, Pitch Report and Weather report for the clash between Gujarat Titans and Punjab Kings in Match 48 of the IPL 2022 season.
By Robin Sharma Tue, 3 May 2022 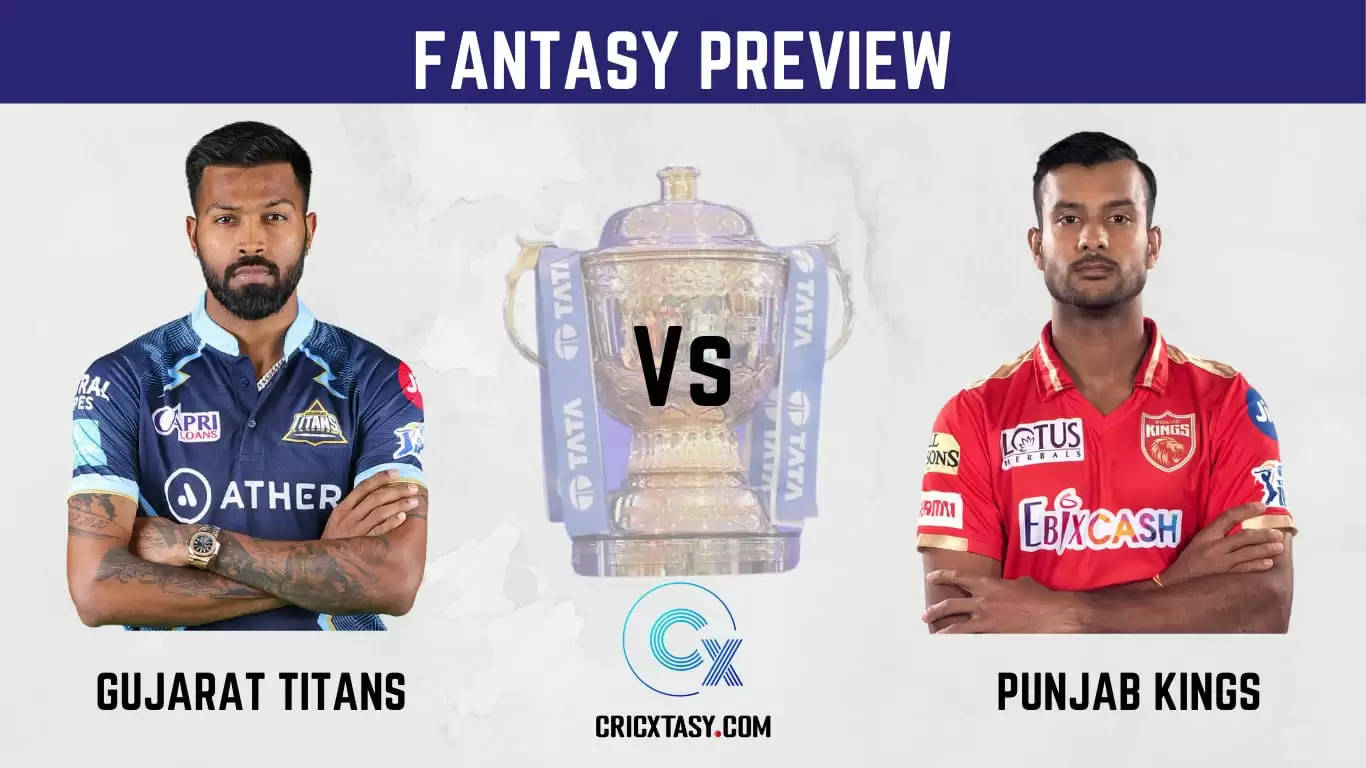 Gujarat Titans are currently the best team of IPL 2022. They are at the top of the points table with 8 wins in 9 matches. They need one game to seal their play-offs spot. They have now won 5 matches in a row. Their batters, especially the lower order, have been in terrific form and have chased down targets from impossible looking situations with ease. Shubman Gill has been decent in the last two games but he’s still far from his best. Wriddhiman Saha, meanwhile, has looked to play his shots in the power play. Hardik Pandya has got out cheaply in the last two games but he is in great form as well. David Miller, Rahul Tewatia and even Rashid Khan have been exceptional in the last few overs of an innings.

Gujarat has been excellent as a bowling unit as well. Mohmmad Shami, Lockie Ferguson, and Alzarri Joseph have been brilliant as the pace trio. Yash Dayal too was excellent while Pradeep Sangwan also bowled well in his first game and picked 2 wickets. Rashid Khan, like always, has been very economical. Gujarat batters and bowlers have assisted each other quite well and they will look to continue their consistent performance in this game too.

Punjab Kings, on the other hand, are struggling after a good start in the tournament. They have won only 2 games in their last 5 matches. Their “go big or go home”batting approach has backfired as the batters have thrown away their wickets in the middle-phase and they don’t have batting depth. Mayank Agarwal is yet to play a big knock in this season while Shikhar Dhawan has failed in the last two games. The middle-order of Bhanuka Rajapaksa, Liam Livingstone, and Jonny Bairstow is an explosive one but all of them need to be consistent.

Their bowling has been decent as Kagiso Rabada, Sandeep Sharma, Rishi Dhawan, and Arshdeep Singh are in good form. Arshdeep particularly has been in exceptional form in the death overs. Rahul Chahar too has bowled well as their main spinner and has been assisted well by Liam Livingstone. Punjab Kings must start winning to keep their play-offs hopes alive.

The pitch at Dr DY Patil Sports Academy will be a good one for batting. There will be movement with the new ball and the spinners will get good assistance as the game progresses. The boundaries at this venue are short on one side and the wicket is flat as well. Batters will enjoy playing on this surface. The average first innings score is 166 runs at this venue and chasing sides have won 8 out of 14 games played here in IPL 2022.

Gujarat Titans are on a roll at the moment. They have better batting depth and have won close games consistently. Gujarat Titans will be the favorites to win this game. 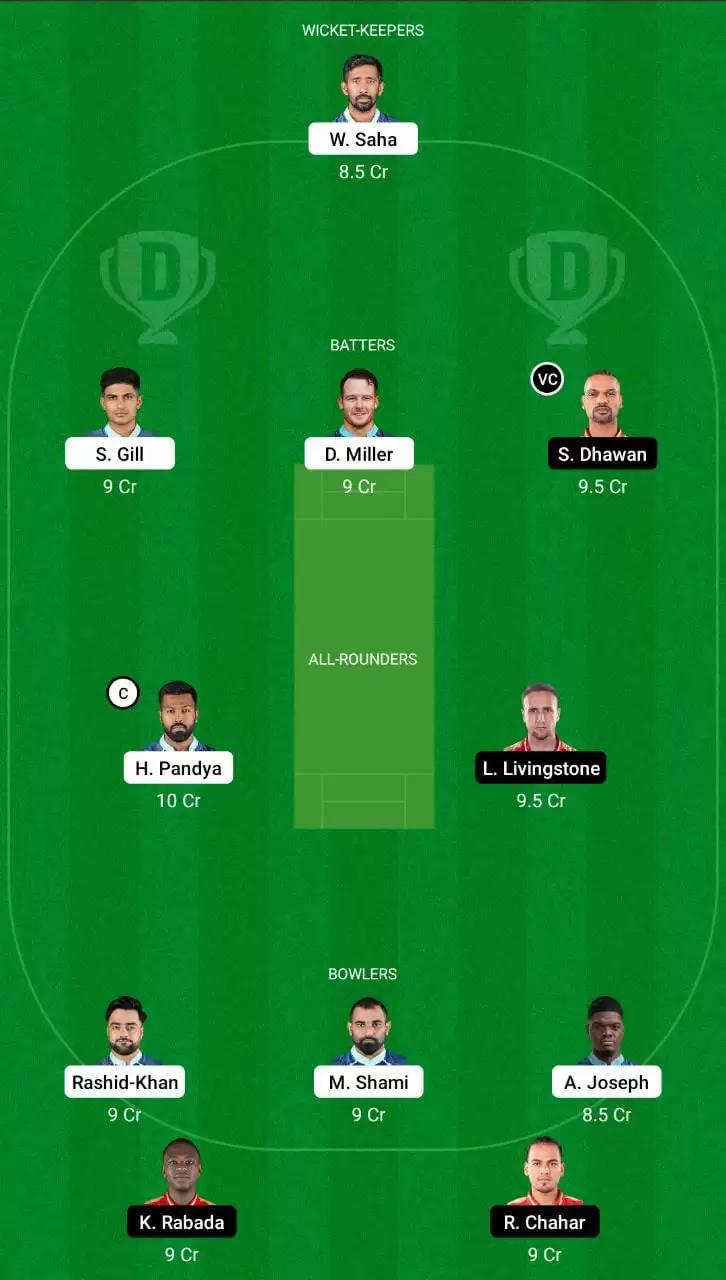 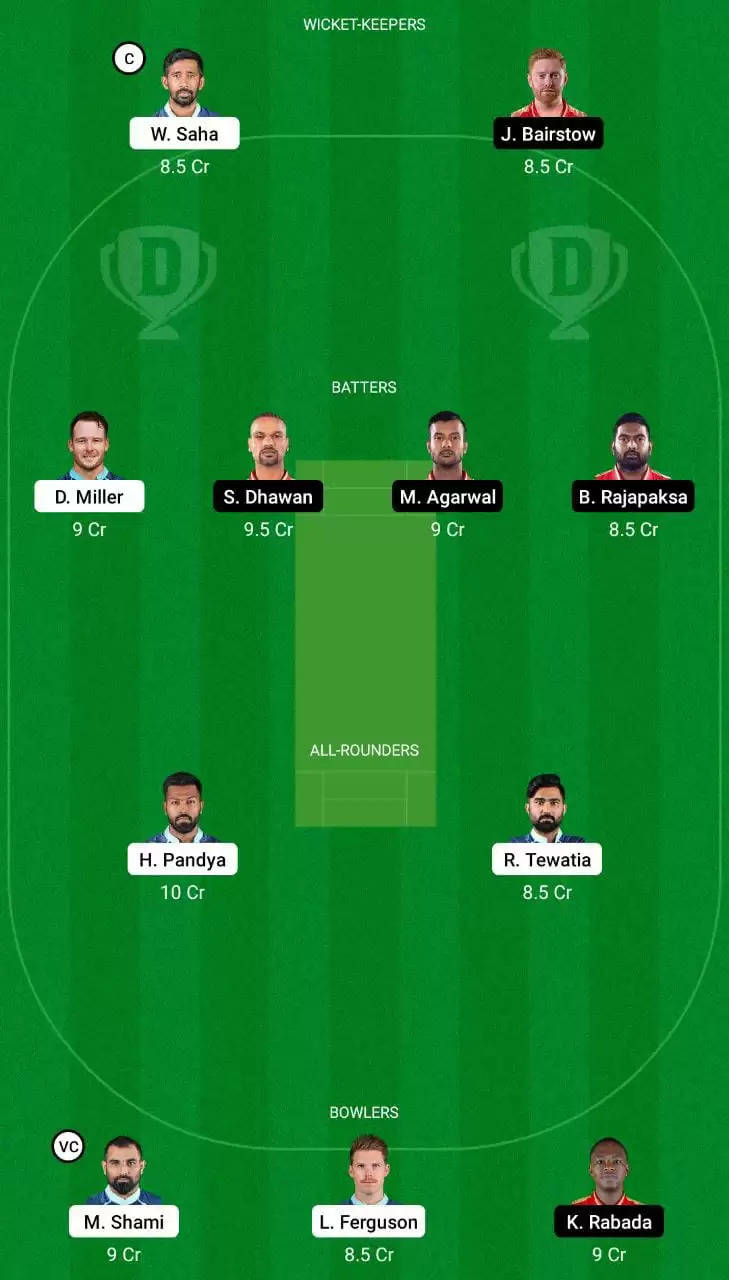 Which Contests to Join for GT vs PBKS Dream11 Match