Prediction for GT vs SRH Dream11 Contest - Playing XI, Injury Updates, Pitch Report and Weather report for the clash between Gujarat Titans and Sunrisers Hyderabad in Match 40 of the IPL 2022 season.
By Robin Sharma Wed, 27 Apr 2022 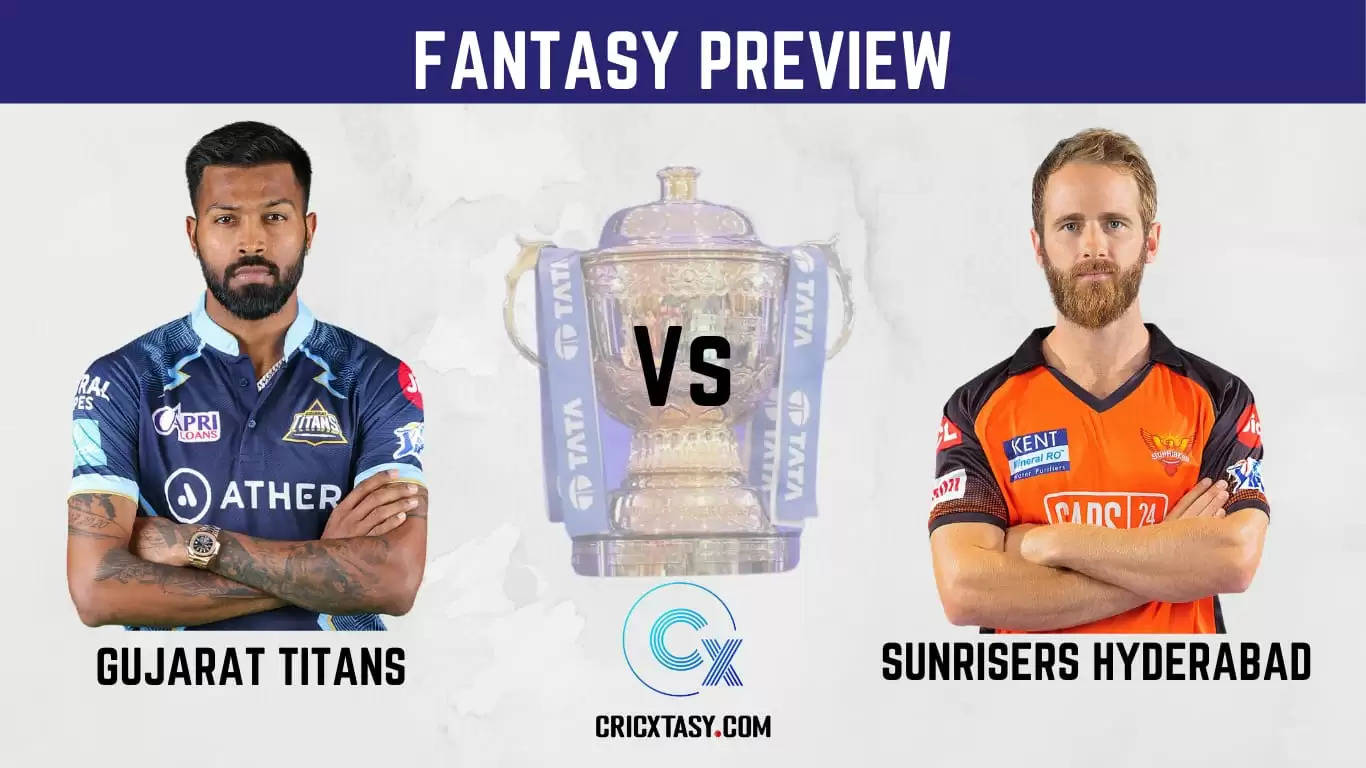 It is the clash of the table toppers as Gujarat Titans will lock horns with the Sunrisers Hyderabad in the 40th game of IPL 2022. Gujarat are at the top of the points table with 6 wins in 7 games while SRH are in the 2nd position with 5 wins in 7 games.

Gujarat defeated the Kolkata Knight Riders by 8 runs in their last game. They have won 3 games in a row. Their top order has failed in the last three games as Shubman Gill after a brilliant start has got out cheaply while Wriddhiman Saha too has failed to give them a good start. Hardik Pandya has single-handedly carried the batting unit with good support from David Miller in the last two games. They have under utilized Abhinav Manohar as he has been batting very low. The other batters have struggled till now.

Their bowling attack is the main reason for their excellent performance. Mohammad Shami, Rashid Khan, and Lockie Ferguson have been brilliant while Alzarri Joseph and Yash Dayal have been in good form as well. Hardik Pandya didn’t bowl in the last game but he too has been in great form with the ball. Gujarat needs a little improvement in their batting but other than that they are in great form at the moment.

Sunrisers Hyderabad, meanwhile, are on a roll and have won 5 games consecutively. Their bowling unit and an excellent performance from the top order is the reason for their exceptional performance. T Natarajan, Umran Malik, Bhuvneshwar Kumar, and Marco Jansen have been outstanding with their bowling. They bundled out RCB for just 68 in the last game. Bhuvneshwar and Jansen have been brilliant in the power play, Natarajan too has done well in that phase. Umran Malik with his pace has been excellent in the middle-overs while Natarajan and Bhuvneshwar are handling the death overs with ease,

Their batters have done a good job as Abhishek Sharma has looked good and scored runs in the last two games. Kane Williamson has looked to hold one end while Rahul Tripathi has played attacking cricket at number 3. Aiden Markram has been brilliant at 4 while Nicholas Pooran has been consistent as well. Sunrisers are performing really well as a unit and will look to continue their winning streak.

The Wankhede pitch has been two paced in the last two games but this game will be played at a fresh wicket which the batters will love playing on. There will be help for the pacers with the new ball but it will be a good pitch to bat on. There will be little assistance for the spinners. The boundaries are on the smaller side as well. The average first innings score here is 167 runs in IPL 2022. Chasing sides have won 5 out 9 games played here in this season.

Sunrisers Hyderabad are the only side to defeat the Gujarat Titans this season. They are in good form and will be the favorites to win this game. 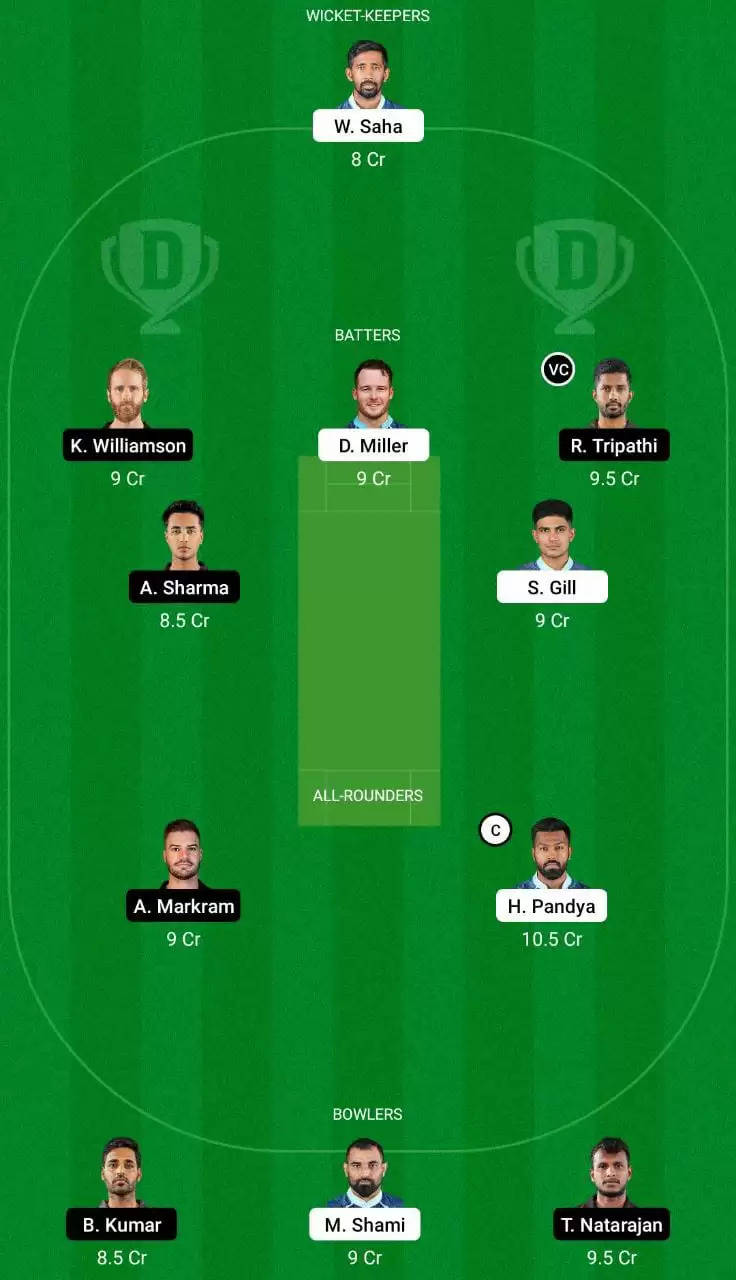 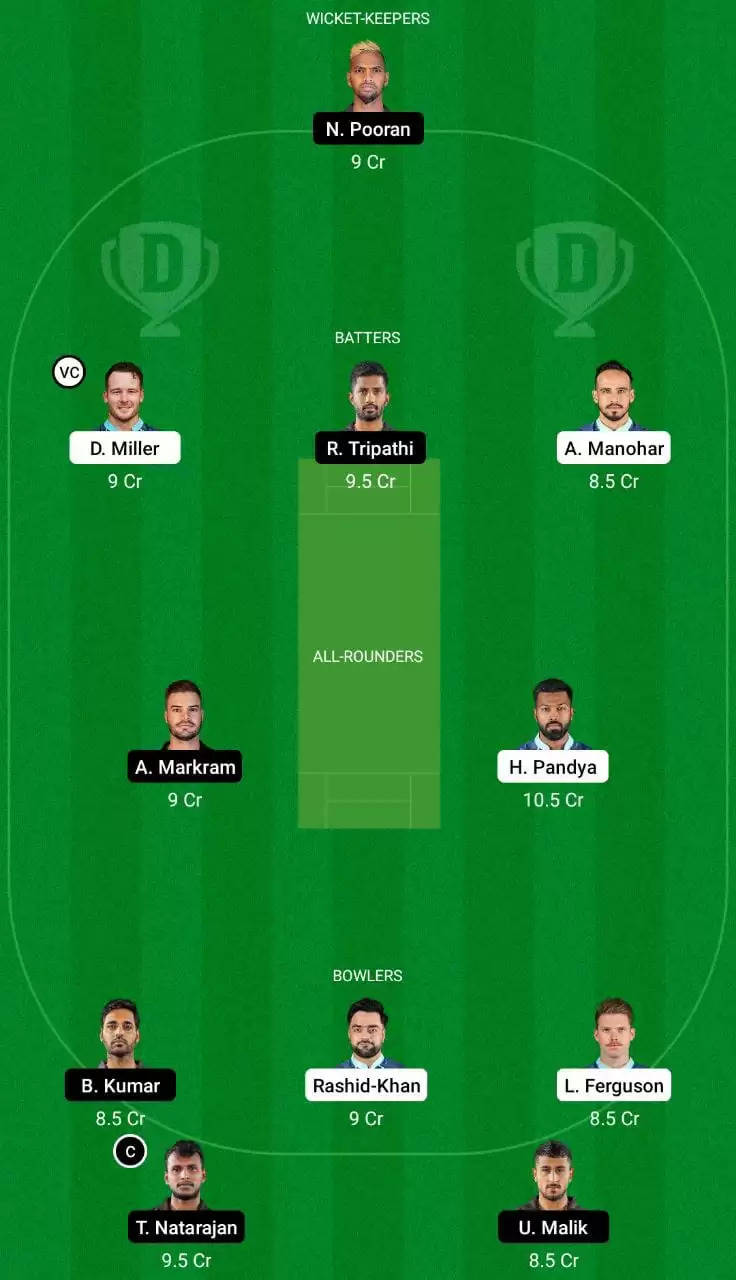 Which Contests to Join for GT vs SRH  Dream11 Match